Opening in Cape Town on the famous V&A Waterfront in March 2017, The Silo Hotel will be one of the most unusual luxury hotels in this magnificent city. Baroque Travel unearths all the details 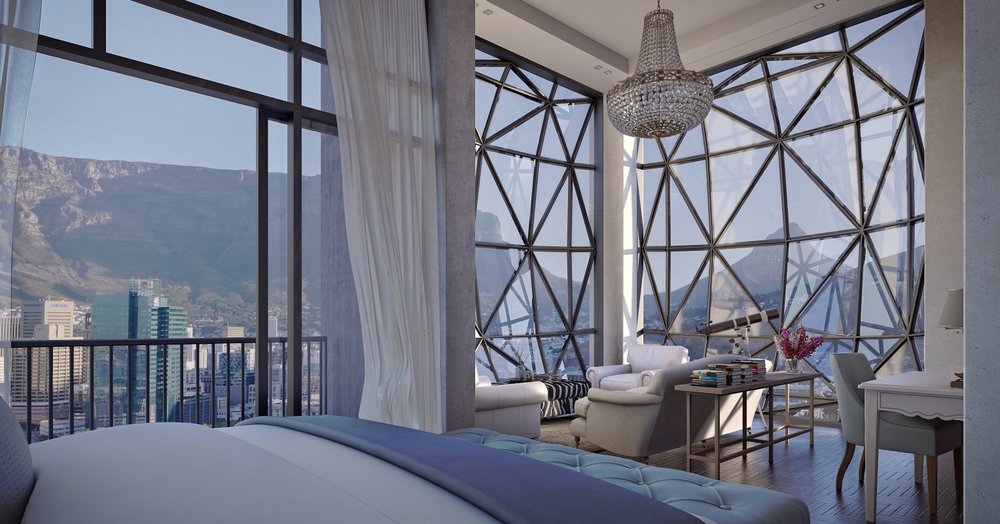 The Silo Hotel, one of a selection owned by the South African company, The Royal Portfolio collection, is set to open its doors in March 2017. It’s small, with only 28 extremely plush guest rooms and a one-bedroomed penthouse, and is located in the grain elevator portion of the historic waterfront grain silo building located in Cape Town’s harbor area. The hotel occupies six floors above the Zeitz Museum of Contemporary Art Africa (MOCAA), which is currently being built and is set to open in September, 2017. This contemporary art museum will rival the likes of London’s Tate Modern, MOMA in NYC and Museo Nacional del Prado in Madrid. The museum’s founding art collectionis from Jochen Zeitz, hence the museums name. 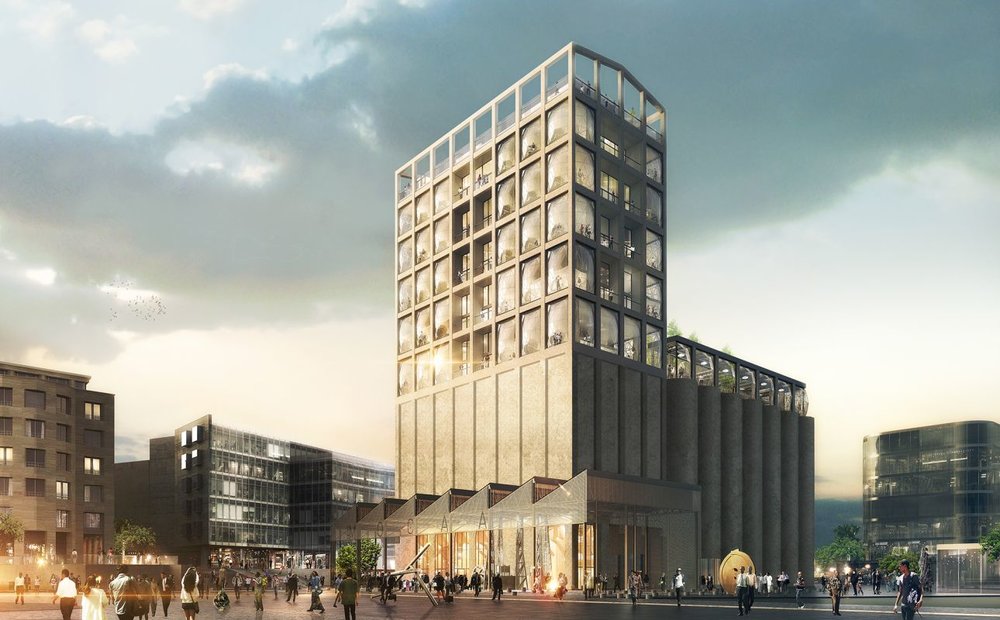 The entire building, including the new hotel, was designed by world-famous architect Thomas Heatherwick, founder and owner of Heatherwick Studio in London. The elevator house that forms the hotel as well as the next-door storage annex of six rows of seven silos, were all masterfully refurbished and transformed into a masterpiece that will become one of the city’s legendary landmarks. 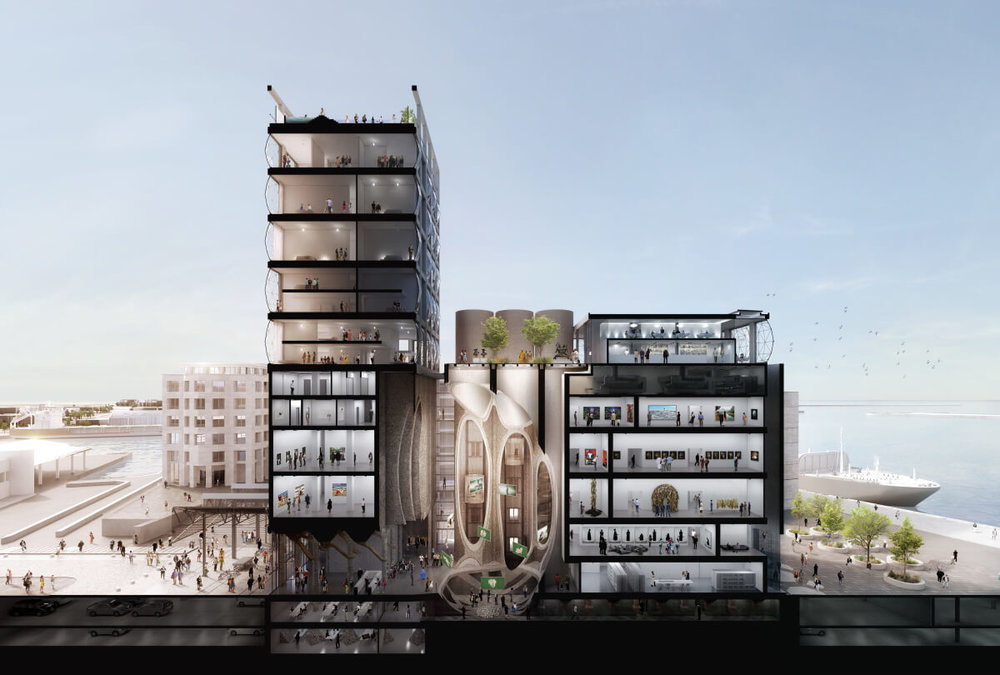 All the accommodation and public spaces at this unique establishment have been individually designed by the founder of the hotel, Liz Biden, and her husband Phil, who own The Royal Portfolio group of superlative, award-winning establishments in South Africa, including  Royal Malewane, an exquisite safari lodge in the country’s Greater Kruger National Park; the stunning La Residence boutique hotel in Franschoek in the spectacular Cape Winelands; Birkenhead House in the seaside town of Hermanus and The One Above, an ultra-luxurious penthouse also located on the V&A Waterfront. 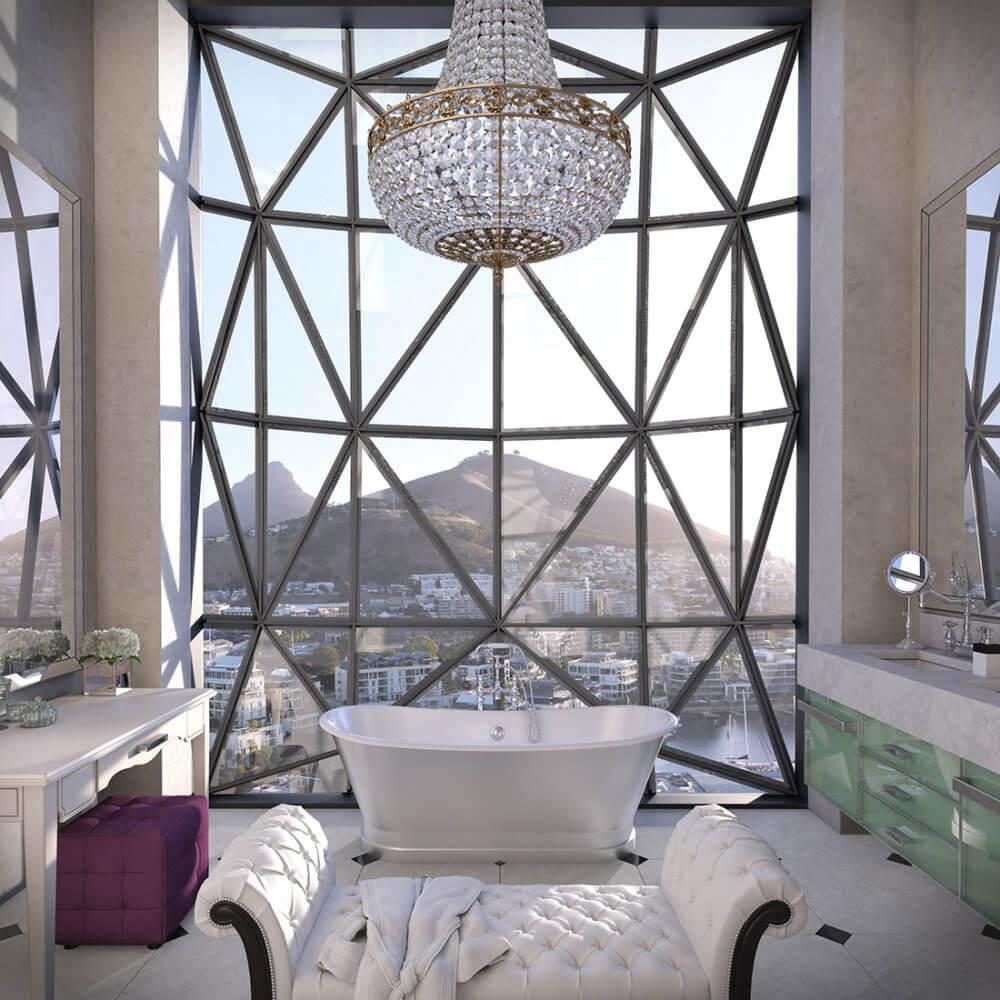 This brand new hotel towers above the Waterfront in Cape Town. Every single room at The Silo features breathtaking views of some of Cape Town’s legendary sights, including Table Mountain, Lion’s Head, Signal Hill, Cape Town Stadium and Robben Island. The entire new building is modern and industrial in style, but still resembles the original structure. At night, the building is transformed into a beacon on the harbor. Because of the hotel’s unique architecture, the rooms are high-ceilinged, many offering pillowed window bays. 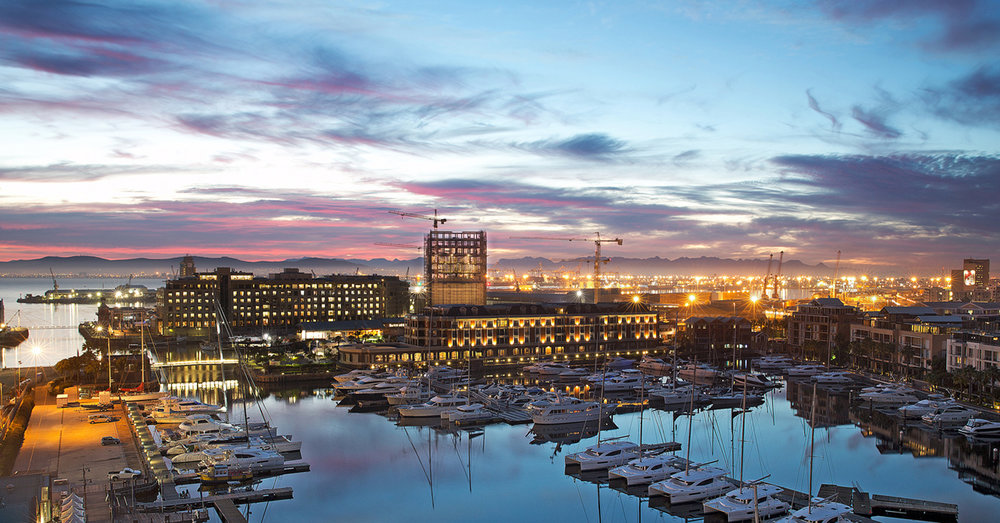 The Silo offers various facilities, including a number of restaurants and bars, a spa, gymnasium and beautiful rooftop swimming pool offering 360-degree panoramic views of the city and the waterfront.

The building’s history is fascinating. Originally built in 1924 over a period of three years, it was 57 meters tall, making it the tallest building in Sub-Saharan Africa at the time. The grain silo closed in 2001 after almost 80 years during which it played an integral part of international trade as an export facility. It also provided important infrastructure to the country’s regional agricultural economies supporting local farming communities and in addition, it made a major contribution to economic activities in Table Bay Harbor.

Share
TAGS:
Cape Town, Luxury Hotels, Luxury Travel, South Africa, The Silo
Subscribe
Login
0 Comments
Inline Feedbacks
View all comments
Related
How to Plan an Architecture Based Travel Excursion Around the World
6 min read
Architecture READ MORE
Gorgeous George
3 min read
Baroque Travel visits one of the most on-trend hotels in South Africa to give you an idea of where to stay in Cape Town for the summer (November to March)
Cape Town READ MORE
wpDiscuz