French fashion and accessory designer Christian Louboutin unveiled his 2018 Fall shoe collection in a most unique manner – using the fantasy vision of a child’s dollhouse. Baroque Access has all the details 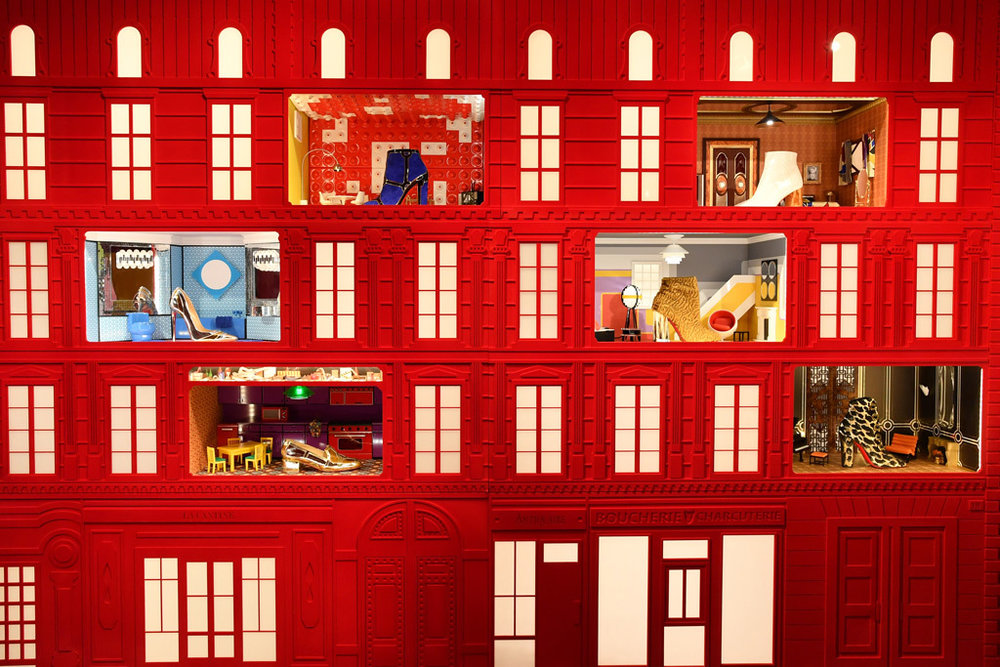 Ever at the forefront of innovation in his creativity, designer Christian Louboutin has done all sorts of extraordinary projects on his journey, including annual handbags that tell the story of a particular country (we’ve had Africaba bags as well as Mexicaba ones in the past two years), shoes inspired by Barbie – and now, his latest collection, for Fall 2018, is showcased in a children’s wonderland, a beautifully decorated doll’s house. 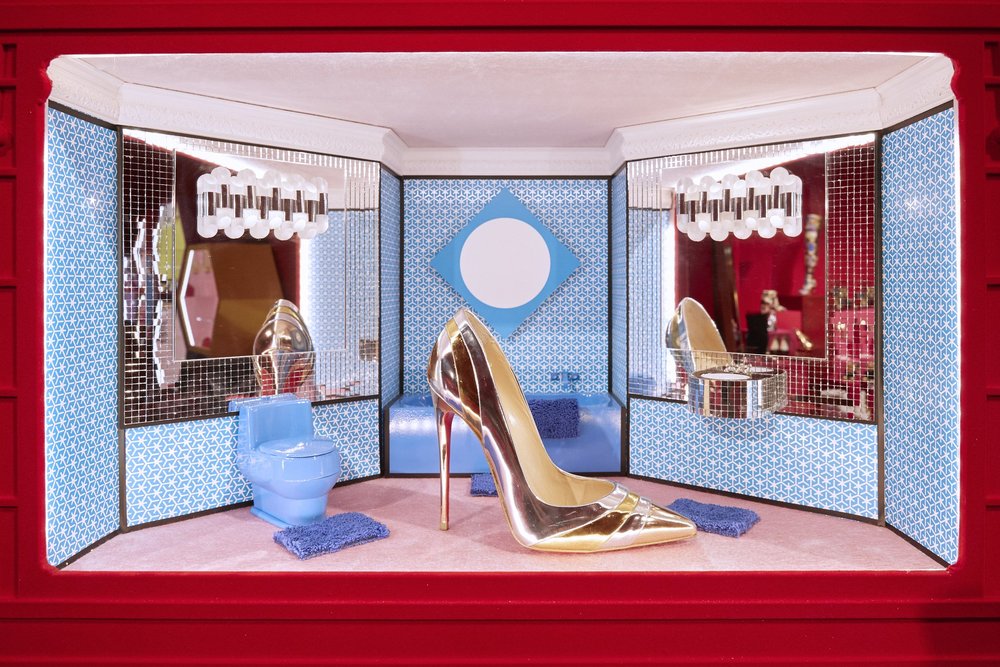 The famous brand has transformed a tiny space in its Paris showroom into an exquisite, meticulously designed doll’s house that features various famous landmarks that are situated along the prestigious Rue Jean-Jacques Rousseau where the showroom is located.

The dollhouse was hand-crafted by Louboutin and his team and inside the various rooms, each with their own specific personality, is one of the designer’s striking shoes from his latest Fall 2018 collection. 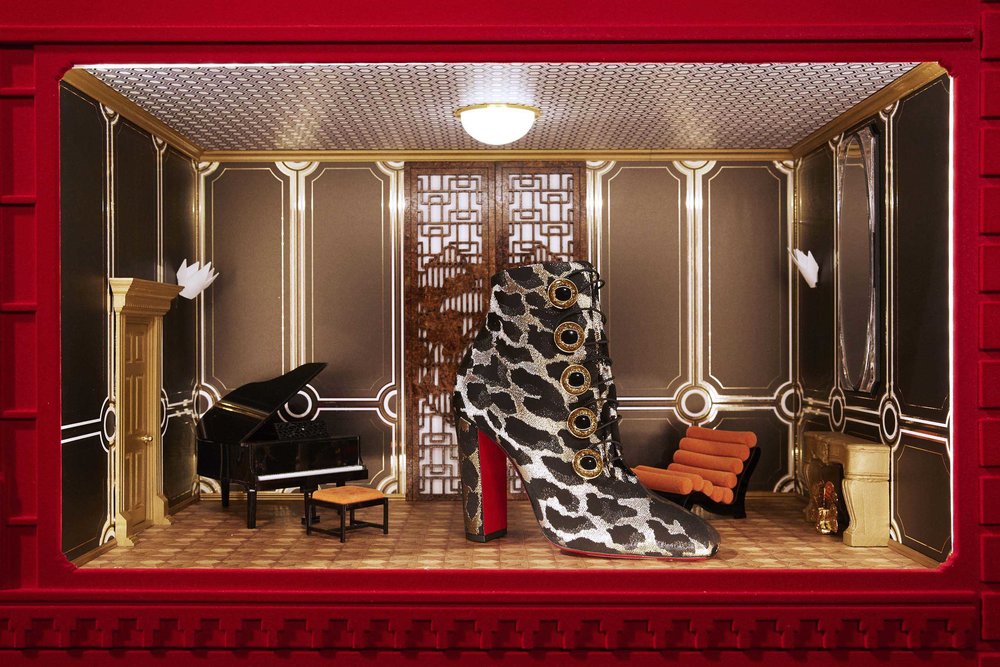 Each exquisite room has been painstakingly recreated to house the Louboutin masterpiece; the result is a kaleidoscopic, dramatic display that highlights the shoe or boot in as much detail as it showcases the rest of the carefully thought-out room design. The designs of both the shoes and the rooms in the dollhouse are reminiscent of the swinging 1960s and 1970s with opulent, lush materials and colours that are not as commonly used in footwear in the present day. 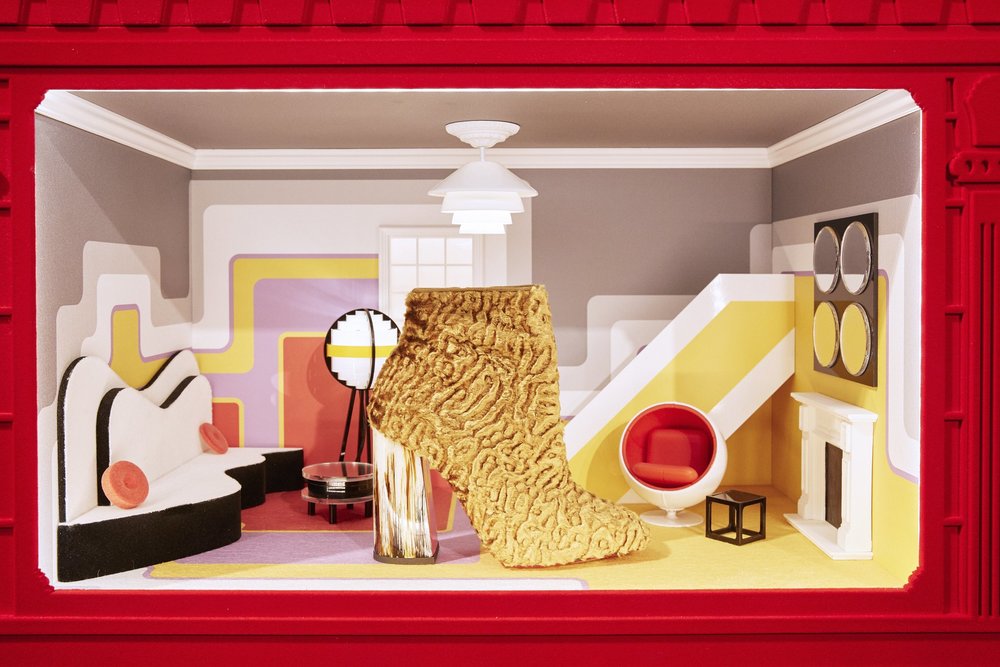 Of course, despite the dollhouse being quite spectacular, it’s the shoes that manage to take center stage in every room. Highlights of this new, extraordinary collection include animal print boots with a heel that feature Louboutin’s signature red sole, and closed-toe shoes with what appear to be crystal heels. Also showcased are Louboutin’s ‘Love’ graffiti boots, following the success of his graffiti-inspired line from last season, plus the designer’s personal take on the jelly (plastic) shoe. 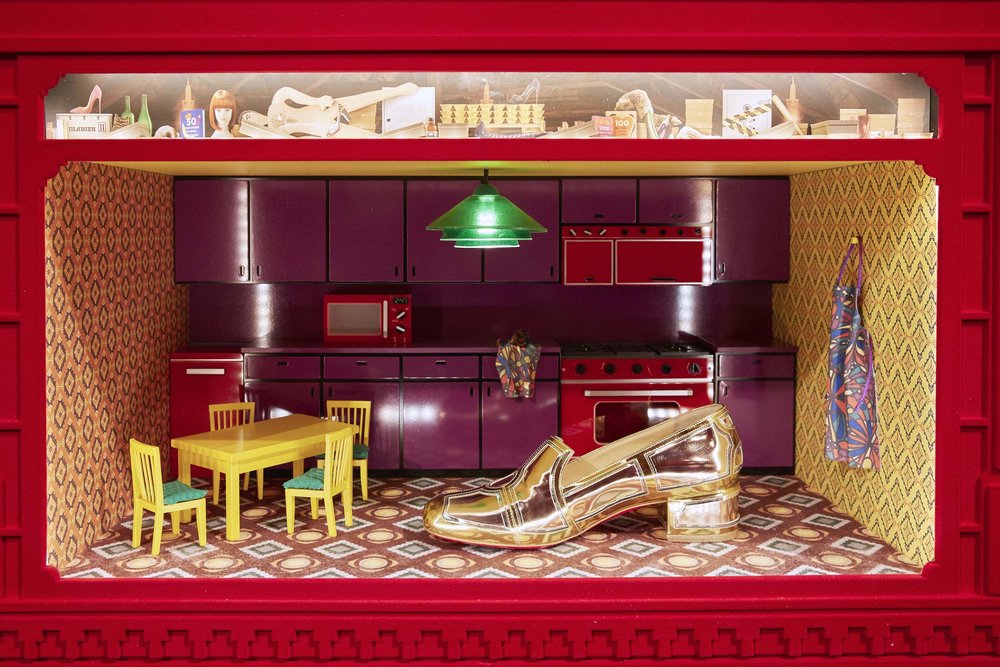 The 2018 Fall Collection also includes the ‘Loubi in the Sky’ series, the designer’s brilliant interpretation of the 1970s obsession with the future, with stiletto shoes inspired by space as the highlight.

Not to be outdone is the ‘Loubi in Progress’ series, where Louboutin elaborates on the concept of one person’s trash being another’s treasure. Materials such as paper were used in this series, as well as measuring tape to create some eclectic masterpieces. 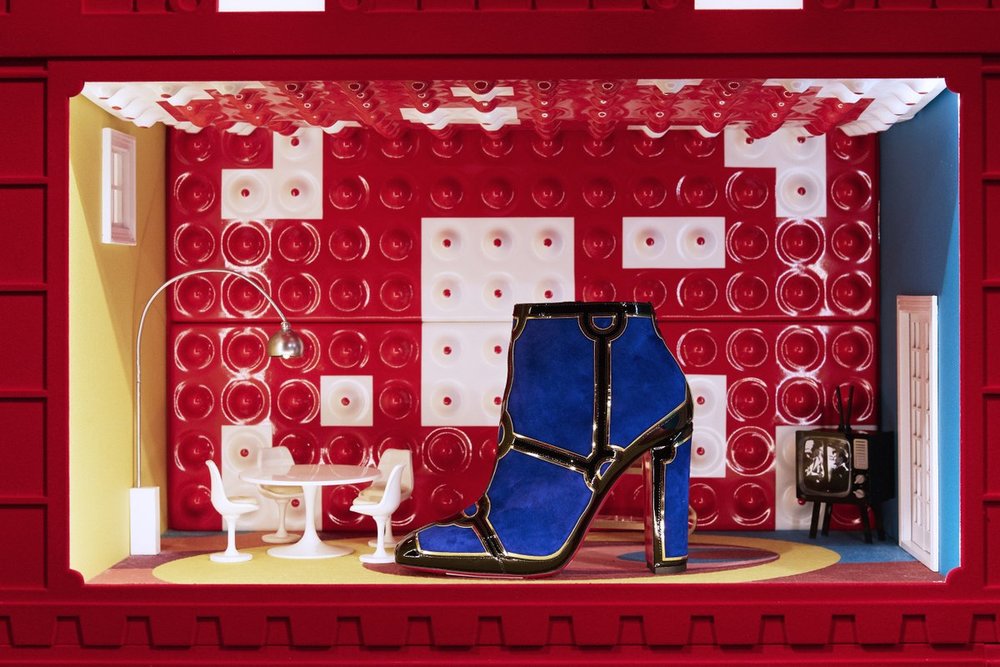 Louboutin’s collection also features his collaboration with Michael Halpern, shoes that were featured on the runway at London Fashion Week in February this year. This included boots in animal print and firework sequins.