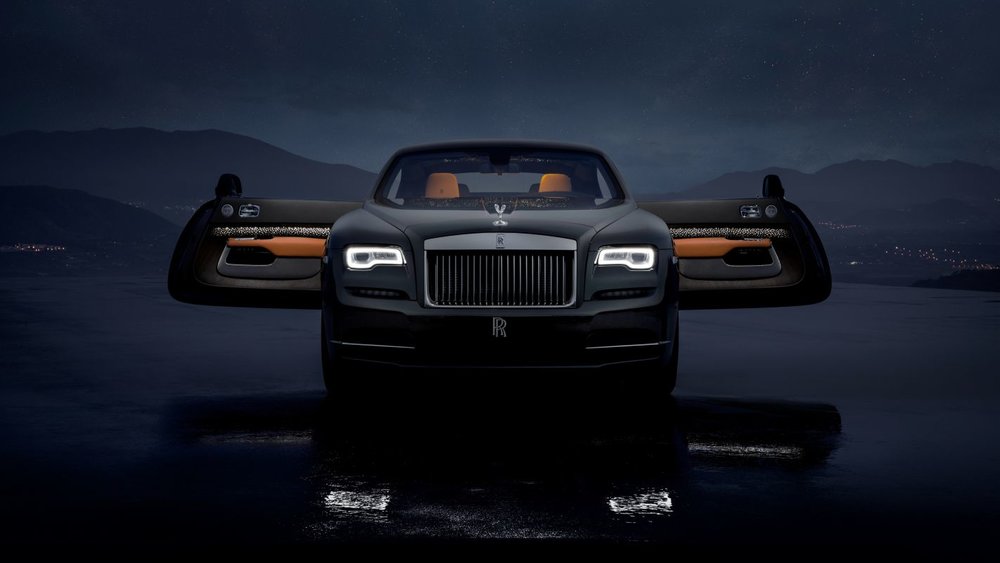 Only 55 bespoke Wraith Luminary vehicles are being specially created for the luxury automaker’s new collection by Rolls-Royce’s specialist design team. One of the highlights of these opulent vehicles will be the use of illuminated Tudor oak wood that was specially sourced from the forests of the Czech Republic.

But what really sets these magnificent vehicles apart is the shimmering spectacle in the interior cabin, created by 176 LED lights that permeate through an intricately perforated design in the exclusive wooden veneer, forming a magical pattern on the door panels and ceiling panel that resembles the trailing light of a shooting star. 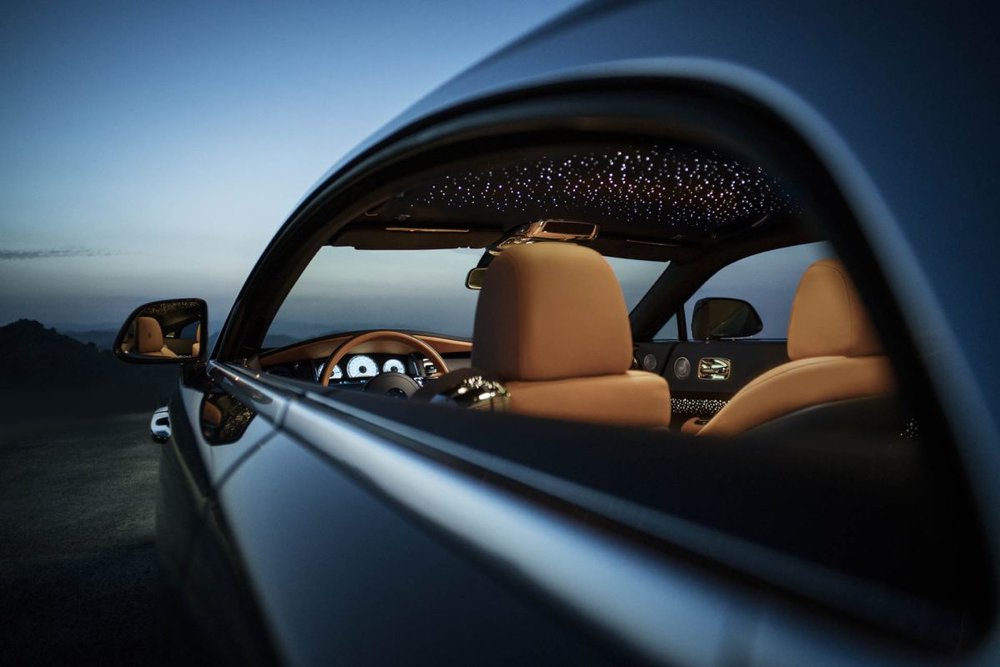 This is certainly the most dramatic feature of the Rolls-Royce Wraith Luminary. Controlling the brightness of the LED lights will be linked to the starlight headliner, adding another 1,340 fiber optic LED lights that glitter overhead like tiny stars. In addition, eight shooting stars fire at random, mainly over the cars’ front seats.

Together, this amounts to 1,692 tiny bulbs inside each of the 55 special edition Wraith Luminary cars.

There are many other exquisite design features in this new collection, including a special, newly developed paint for the exterior entitled Sunburst Grey, as well as a hand-painted Sunburst Motif coachline along the wings of the car, pinstripes applied to the center of each wheel in Saddlery Tan and hand-painted Wake Channel Lines running up to the cars’ bonnets.

Rolls-Royce announced that the small number of bespoke vehicles in the collection were “inspired by those who lead where others follow”. “They will light the way for the luxury trailblazer,” the brand added.

According to Torsten Müller-Ötvös, CEO at Rolls-Royce Motor Cars, “This collection is for the world’s luminaries.

“The Wraith Luminary is a stunning Collection Car. It speaks directly of our contemporary Rolls-Royce brand – progressive and trailblazing; the pinnacle in hand-crafted luxury,” he said.

Although a price has not yet been confirmed, one can only estimate. But if one thinks that a ‘standard’ Rolls-Royce Wraith costs more than $350,000, one can just imagine what one of these dazzling gems will cost.