Last weekend, iconic French fashion designer and photographer opened a store in SoHo in Manhattan, offering garments from his own collection. Baroque Access finds out more 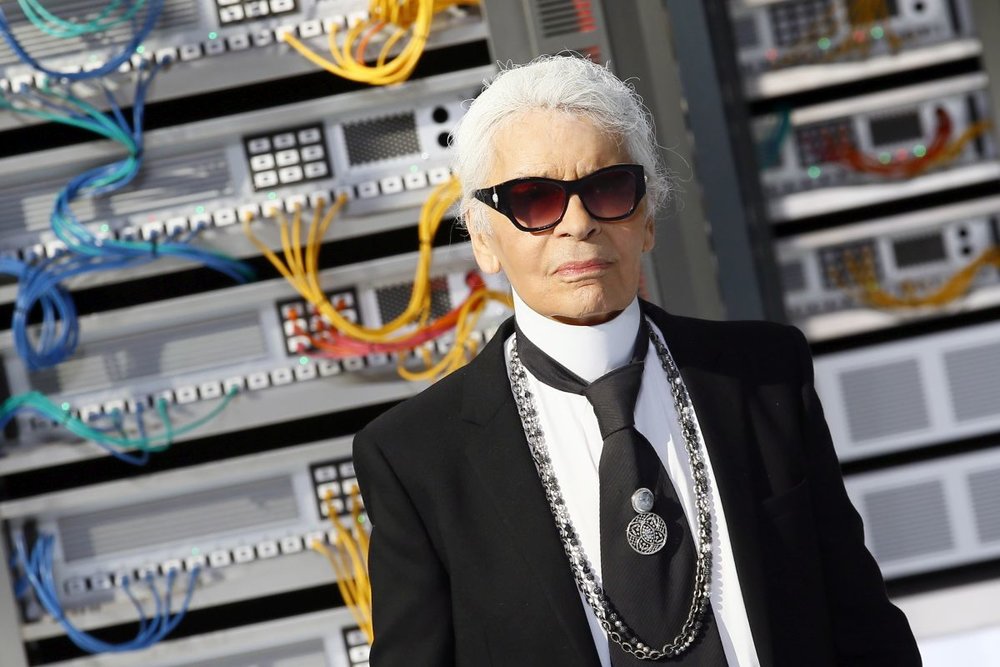 On April 7, Karl Lagerfeld opened his first store in the US, in SoHo, Manhattan. The designer, who is also head creative director of French fashion house Chanel, and head creative director of Italian fashion label Fendi, has opened various stores around the world offering his eponymous fashion label – but this store marks his first foray into US territory. It’s also in the same neighborhood as a magnificent Chanel Boutique, another testimony to this man’s genius and his Parisian style. 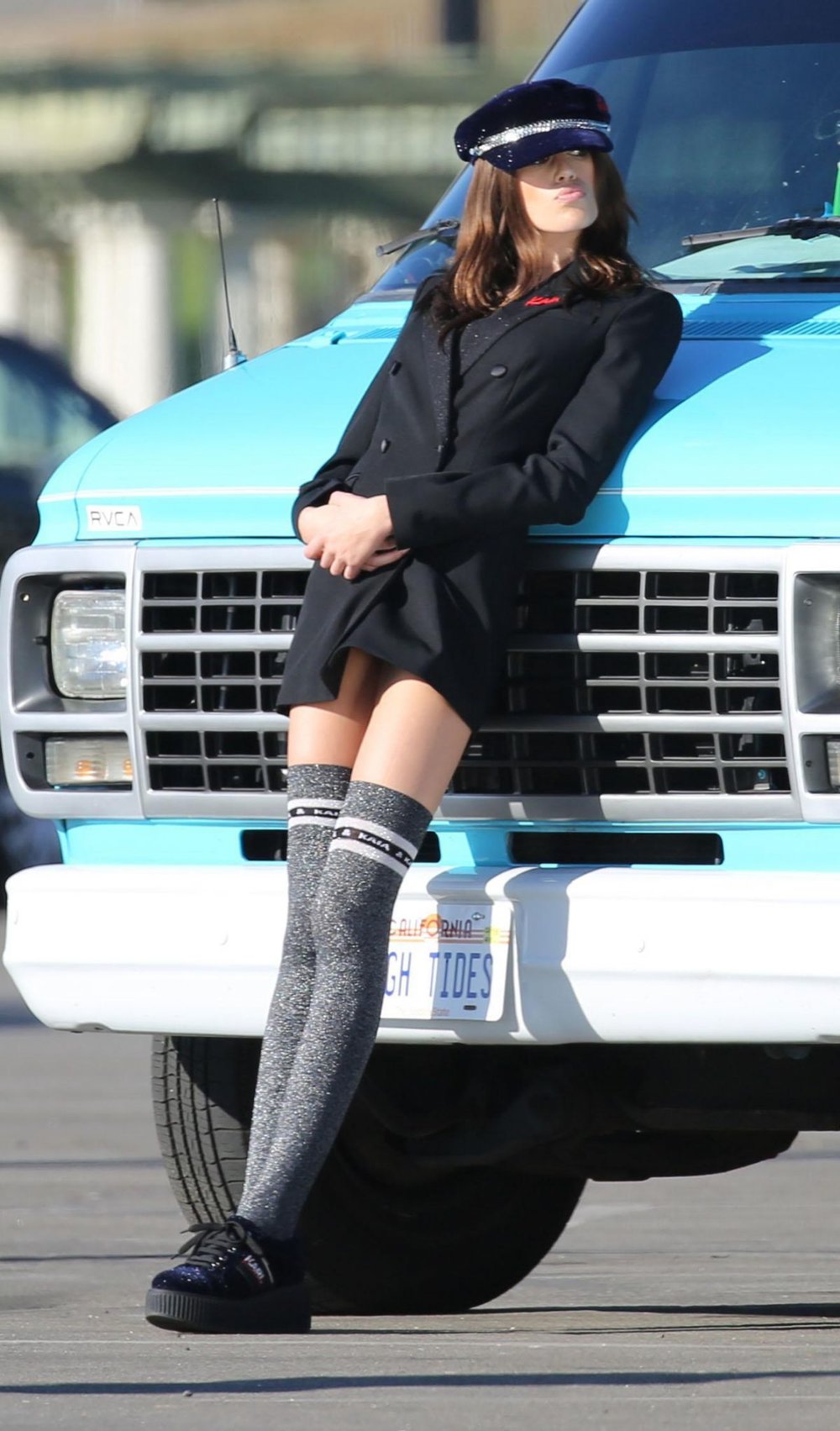 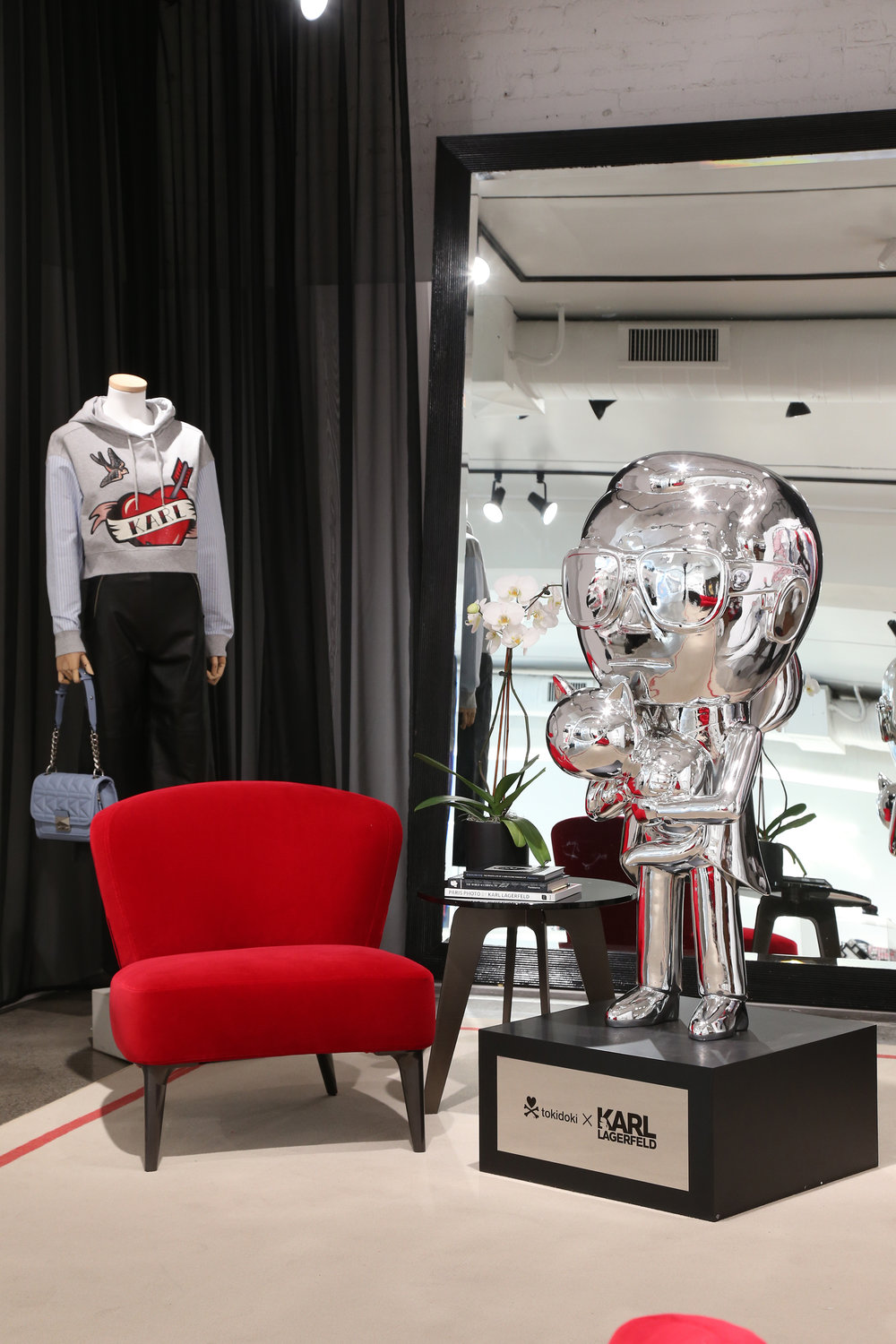 Of course, the décor of the Karl Lagerfeld store on West Broadway is as iconic as the designer himself, inspired by Lagerfeld’s personal home and studio, and giving the public an insight into his inimitable style. The designer’s personal library comprising a wall full of books and offering references to his exquisite furniture collection with antique mirrors has also been completely recreated in the new store.

In typical Karl Lagerfeld style, there are various playful elements, the most evident being a huge silver sculpture created by Kid Robot featuring Lagerfeld himself holding his much loved cat, Choupette. 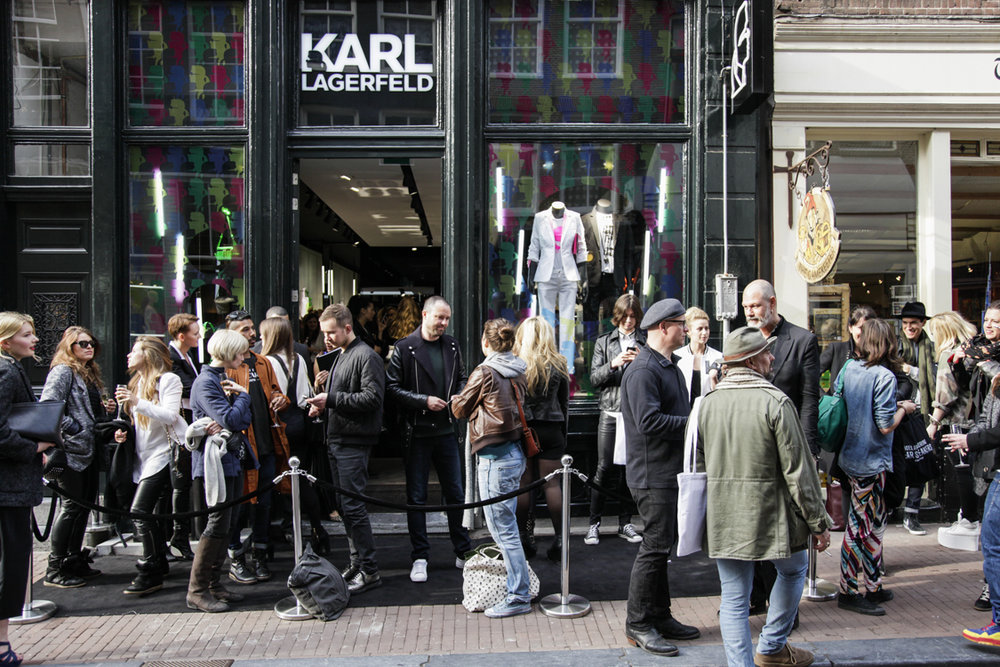 Lagerfeld relaunched his label in 2012 and it has since transformed into a major brand. Sales of the label doubled in 2017. So it’s no wonder that the designer is expanding this brand, making it more available worldwide.

This store, the US flagship of the Karl Lagerfeld brand, will showcase Karl Lagerfeld Paris ready-to-wear collections for men and women. It’s 3,320 square feet in size, with iconic Lagerfeld details such as marble, red velvet seats and classic portraits of the designer himself. Everything epitomizes Lagerfeld’s creative vision and the elegance of his lifestyle. 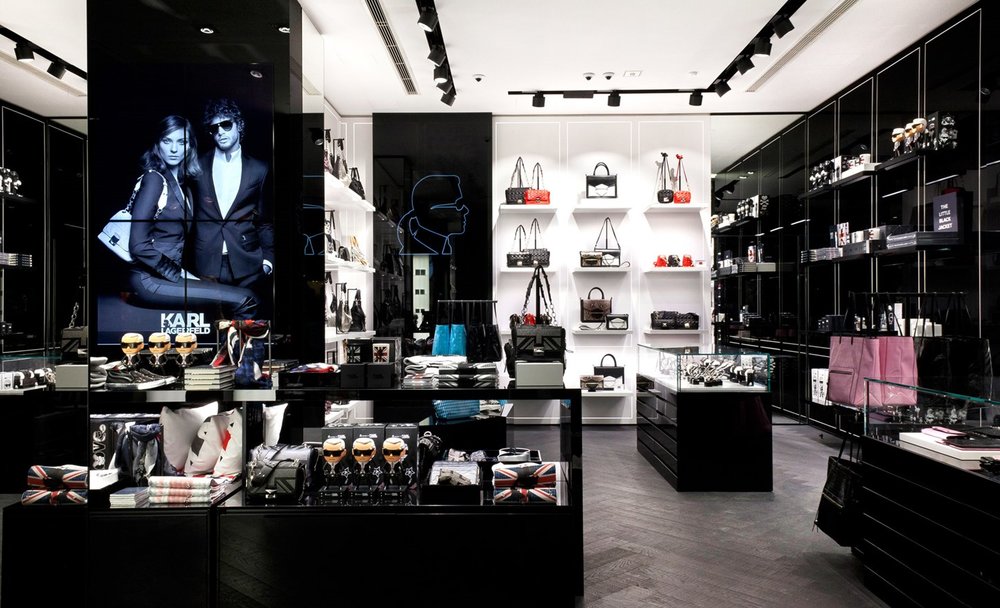 Numerous elements of the Karl Lagerfeld label will be featured in the SoHo store, including edgy clothing, accessories such as bags and small leather pieces, even children’s clothing. Lagerfeld has many projects that will be showcased here in the flagship store, including a make-up collection in collaboration with ModelCo, which will debut at the launch of the store and a capsule collection with model Kaia Gerber that will be released in September 2018.

The store occupies a space at number 420 on West Broadway that was once occupied by DKNY.

According to the luxury label’s CEO Pier Paolo Righi, “Opening the first Karl Lagerfeld store in the United States is an exciting milestone in our brand’s continued global growth. New York City is an international fashion capital with a modern spirit and energy that make it the ideal setting for our new flagship. With our West Broadway location, we can invite our consumers to immerse themselves in the complete Karl Lagerfeld retail experience and continue to build meaningful connections with them.”