German automaker Audi recently confirmed plans to create a new all-electric sedan that will be in direct competition to the Tesla Model S. Baroque Ground has all the details

Audi’s brand new four-door all-electric model, called the e-tron GT, will apparently share its platform with the Porsche Mission E. This means that the e-tron GT will share the so-called J1 platform of the upcoming Porsche Mission E in a move by the two Volkswagen Group companies to achieve suitable economies of scale.

During Audi’s 2018 annual accounts press conference, Audi chairman Rupert Stadler announced details about the Audi e-tron GT. He confirmed that it was one of three electric models that are currently being developed by the brand, which will go on sale by latest 2020. The three models include the Audi e-tron Quattro SUV, which was unveiled with some disguise at the recent Geneva Motor Show, the e-tron Sportback, which was first revealed as a concept car last year at the 2017 Shanghai Motor Show, and the e-tron GT. 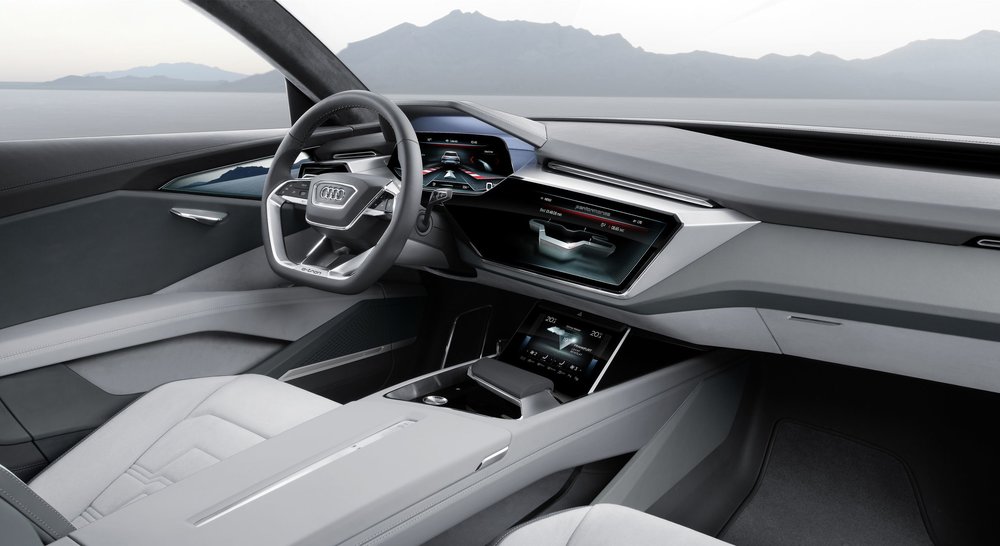 Audi is establishing a dedicated electric vehicle assembly line at Audi Sport’s Böllinger Höfe industrial park that is located close to Audi’s Neckarsulm plant in the south-western part of the country. The Böllinger Höfe site was built in 2014; it is currently used to produce the Audi R8 coupe and R8 roadster body styles.

According to Stadler, “We interpret sportiness very progressively with our fully electric e-tron GT, and this is how we will take our high-performance brand Audi Sport into the future.” At the press conference he revealed a picture of the new electric-powered Audi model on a video wall.

The image displays a conceptual sketch of the vehicle, which is low-slung, a four-door coupe that features a heavily tapered front end with a long bonnet and slim rectangular headlamps.

The image was later described by Audi Sport on Twitter as a “sneak peek into the electrified future of Audi Sport – the first draft of the prototype Audi e-tron GT”. The tweet also suggested that the vehicle will be at the top of Audi’s line-up, and hoped that it would be the “spearhead of Audi Sport by the year 2020”.

The collaboration between Audi and Porsche is only planned for late 2021. But before then, by 2019 or 2020, the e-tron and Mission E production models will be launched. The Tesla Model S is expected to be just one of Audi’s all-electric rivals. Apparently a new all-electric Jaguar sedan is also being developed.

The e-tron Quattro SUV is expected to cost in the region of $98,400 when sales officially start in Germany later this year. The new Jaguar I-Pace, by comparison, which was revealed at the Geneva Motor Show, comes in at $2,000 cheaper. And the Tesla Model X is priced from around $118,400 in Germany.

According to the Audi Chairman, the e-tron Quattro will be revealed in mid-2018 at the company’s factory in Brussels. Stadler also said that by 2025, Audi would offer around 20 electric models, over half of which would be all-electric vehicles, while the rest would be plug-in and mild hybrids. In addition, Audi plans to build on these initial three dedicated electric models with a fourth, battery-operated, offering that will be a compact SUV.