It doesn’t have to be Tuesday…

This is a timepiece you can wear every day of the week, the latest hero on the block! Omega’s Speedmaster Ultraman Limited Edition launches in time to be worn to Comic-Con International, if you’re planning to. Baroque Access has all the details about the watch. 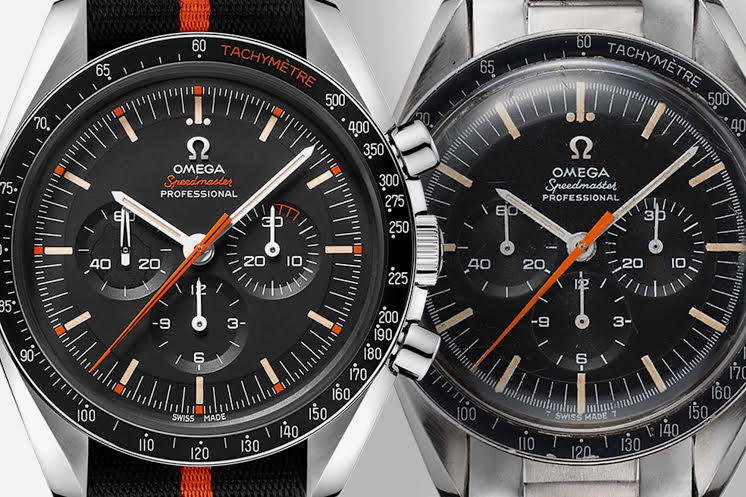 It was an Omega much like this timepiece that was donned by astronauts Buzz Aldrin and Neil Armstrong when they journeyed to the stars in the 1960s. Then came Star Trekand Japanese sci-fi series Ultraman, and when the heroic UltramanMonster Attack Team paired their bold orange suits with the distinctive Omega’s Speedmaster ‘Moonwatch’, a trend was started.  This was a full two years before the timepiece became the definitive spaceman’s watch, and history was made. 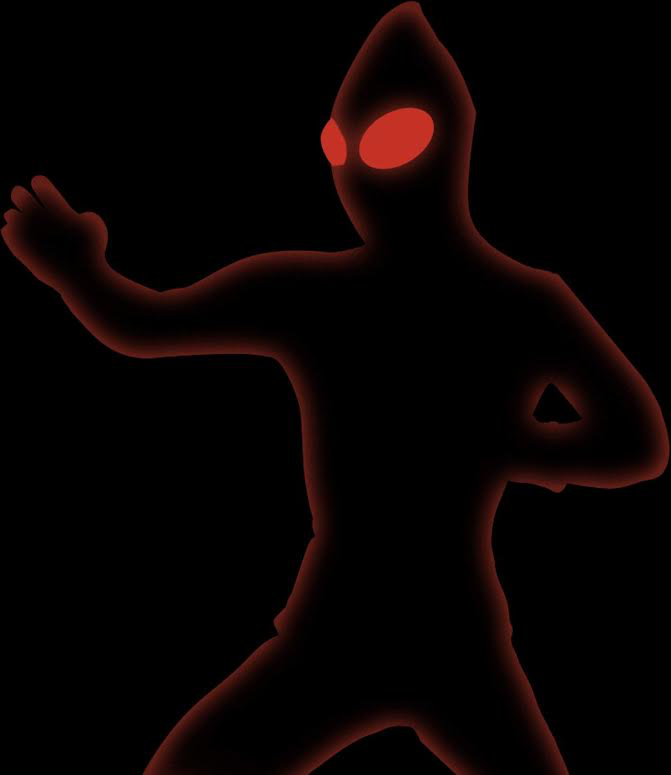 Omega’s newest iteration, the SpeedyTuesday Omega Speedmaster Ultraman Limited Edition, is another force to be reckoned with. Its predecessor was nicknamed ‘Ultraman’ because of its association with the shows, and the 1967 Omega Speedmaster model is the inspiration for the latest timepiece. 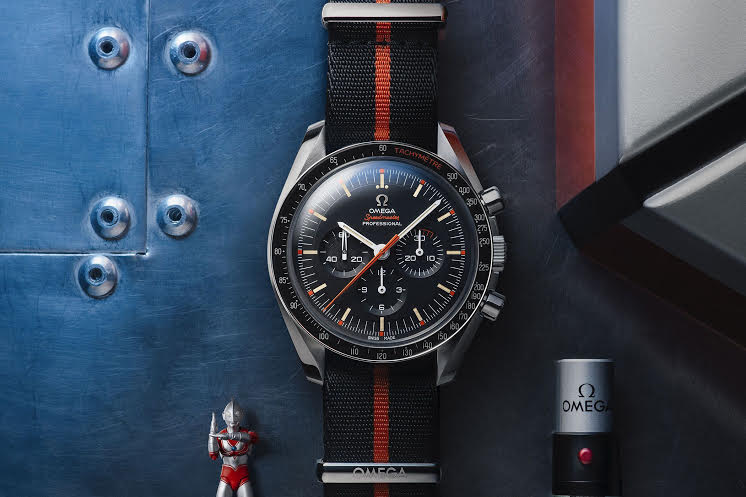 Of course, a lot has changed in watches and watch-making since 1967, and this is evident in Omega’s 21stCentury Speedmaster. While the signature orange seconds hand that made the watch famous by Ultraman is still evident, as are matching accents on key hour indexes and the ‘tachymeter’ text on the anodized aluminium bezel, there’s much that is brand new and innovative. 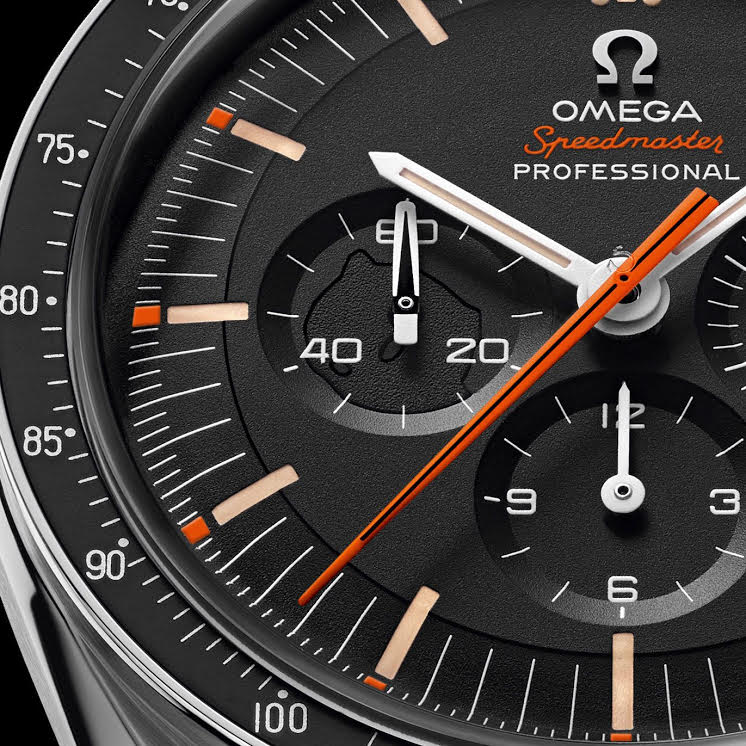 For instance, the subdials of the new SpeedyTuesday features a minute subdial at 3 o’clock that features the first 3 minutes shown in orange (this reflects Ultraman’s inability to stay in superhero mode any longer than three minutes). On the seconds subdial at 9 o’clock, you’ll find a hidden silhouette of Ultraman’s profile that is only revealed by a special tool that comes with the watch. It’s the strap changer, identical to Ultraman’s Beta Capsule, and it features a UV lamp at one end. When you shine this lamp on the dial, the image is revealed. 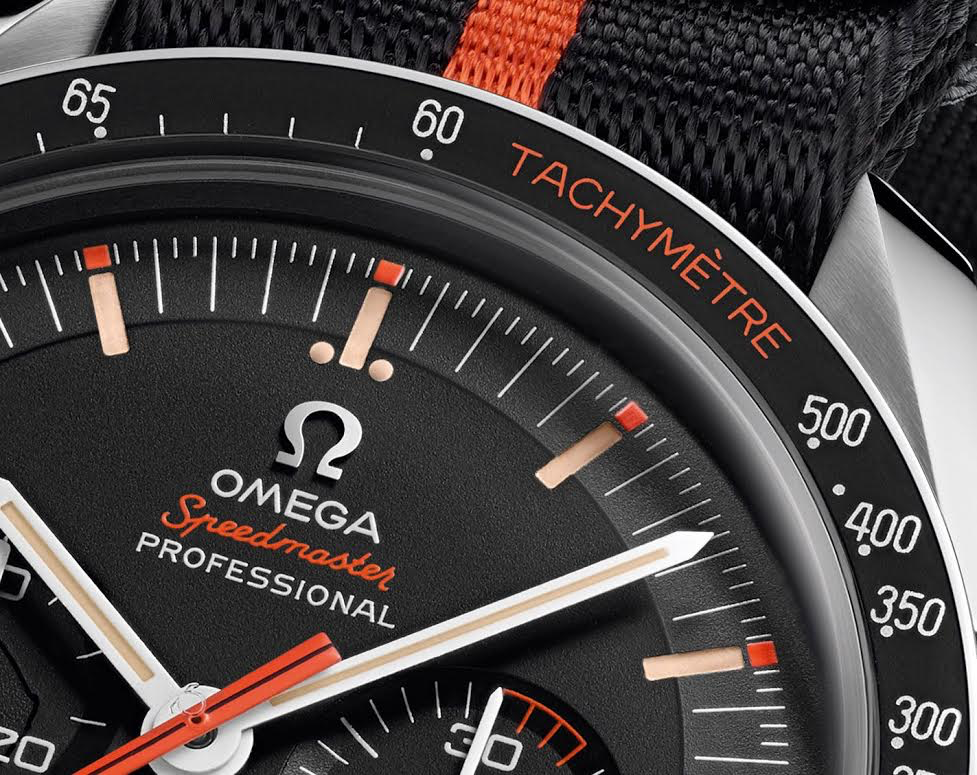 There’s a vintage Omega logo on the dial that reminds us of the ‘60s and ‘70s when reaching the moon was a done deal, and astronauts and moon walks were all the rage. On the case back there’s an engraving that reads: #SpeedyTuesday and the words ‘Qualified by NASA for all manned space missions’. The movement is an Automatic Caliber 1861 with a 48-hour power reserve and the 42mm case is made of stainless steel with a 50-meters water resistance. The limited edition timepiece is presented with a black and orange NATO strap and comes with a spare black leather strap. There are just 2,012 pieces in this limited edition that comes in a special hexagonal box, a tribute to the futuristic table used by Ultraman’s Monster Attack Team. The price is approximately US$6,741. 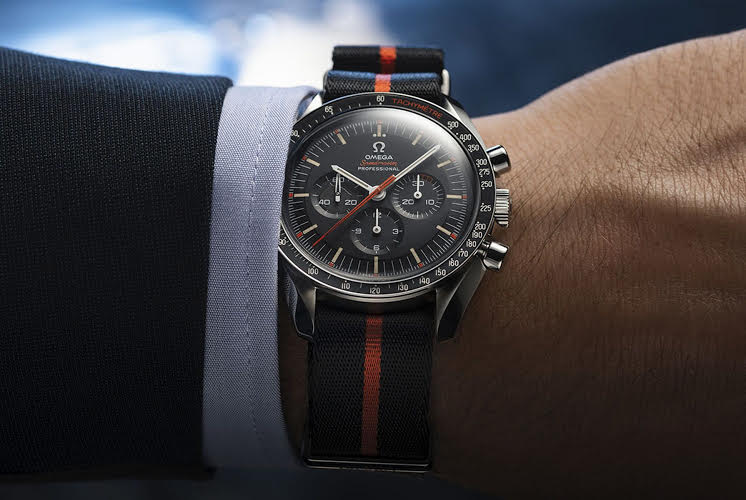 The first SpeedyTuesday was launched a year ago, in January 2017 – on a Tuesday, of course. All 2,012 pieces were sold out in a matter of minutes via Omega’s very own Instagram account. The latest iteration, the second SpeedyTuesday edition, is likely to be sold out just as fast. 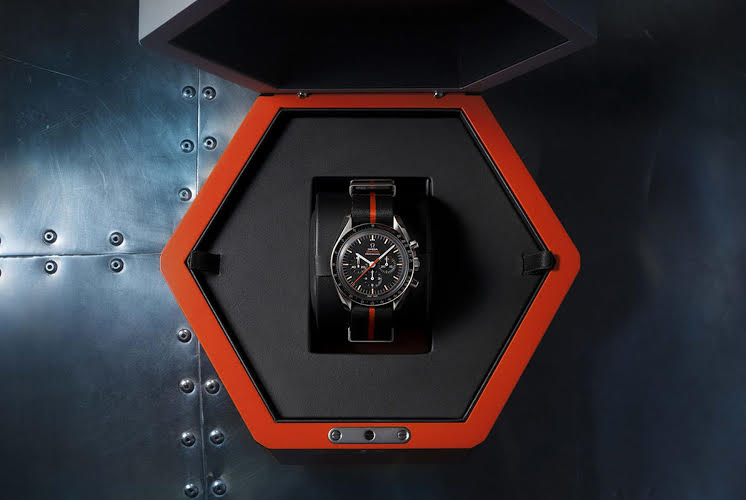 If you would like to find out more about this exceptional timepiece, let Baroque Access assist. Mail us right away, request@baroqueaccess.com.