Something old, something new – 2019 Porsche 911 Speedster

With just 1,948 new Porsche Speedsters being manufactured for 2019, there’s going to be a frenzy. Revealed at the 2018 Paris Motor Show that ended mid-October, this new Speedster concept is painted bright red. Baroque Ground finds out all the details 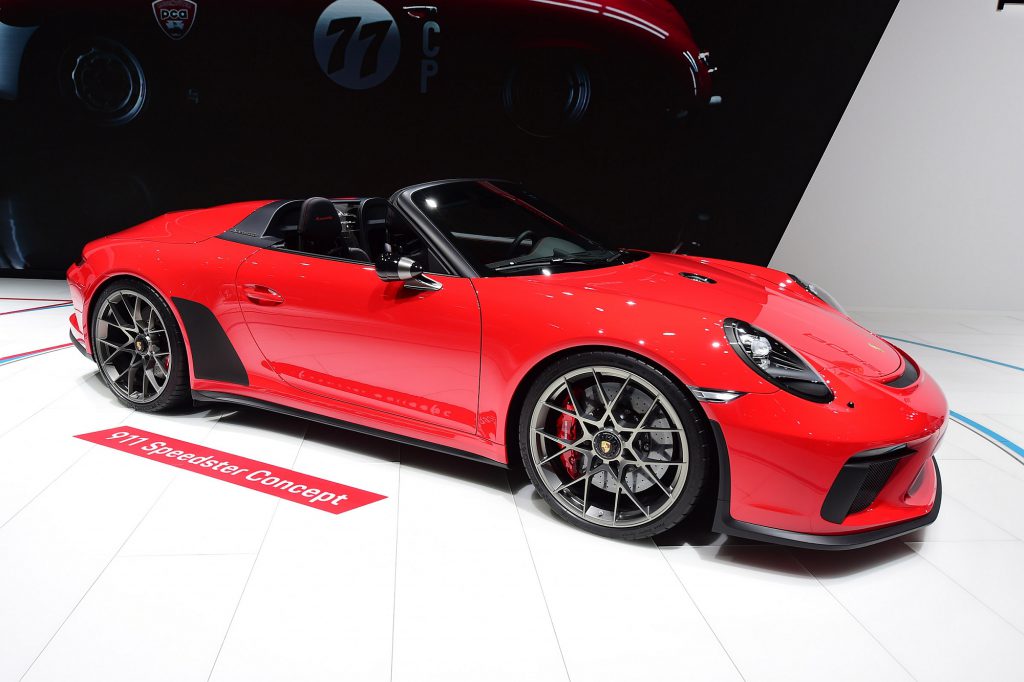 Porsche originally came up with a retro concept in June this year, based on the 911 Carrera 4 Cabriolet. It was designed to commemorate Porsche’s 70th anniversary and presented in Zuffenhausen. The retro 991.2 GT3-based two-door drop-top roadster was a show stopper. 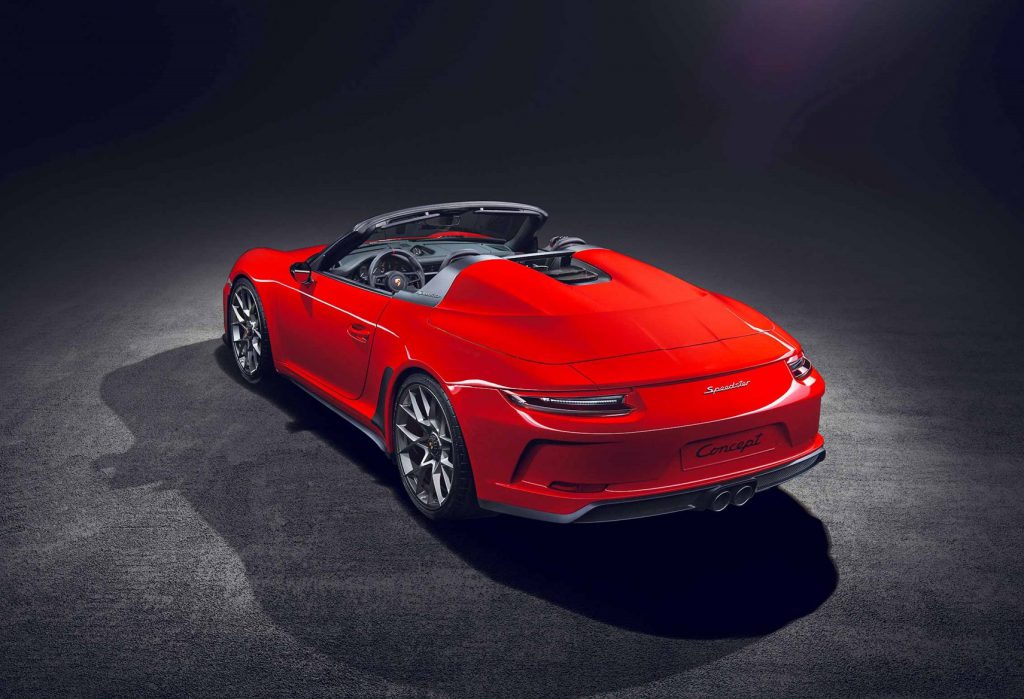 The new model boasts the same chassis as the 911 GT3, with much of the car built from carbon fiber to keep the weight down. The brand’s GT department created the exhaust system with titanium tips, and the six-speed manual gearbox and flat-six naturally aspirated engine are also reminiscent of the GT. 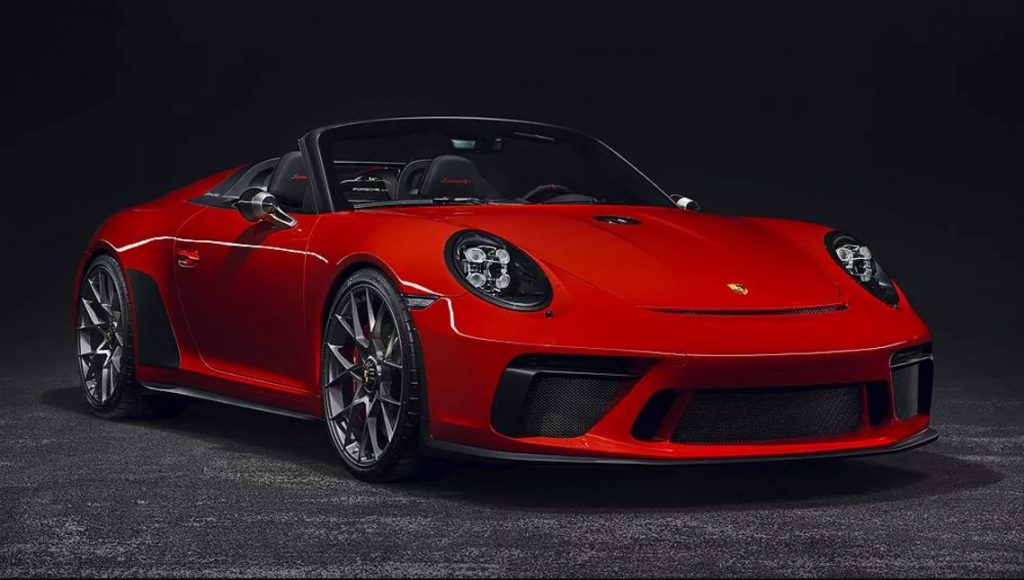 Why the limited number of 1,948 cars this time round? This is to honor the year 1948 when the Porsche 356 ‘Number 1’ received its operating license. Its styling is reminiscent of the original 356 Speedster manufactured that year, just modernized with high-tech materials. Porsche’s original retro concept (a 2018 model) released earlier this year was painted in silver and white as a nod to the brand’s early racing cars. 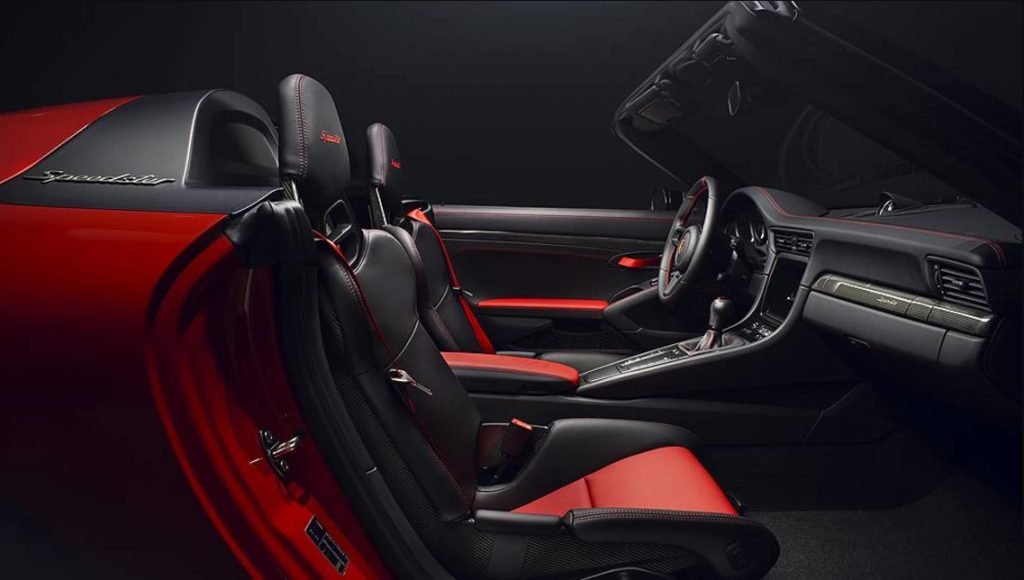 The 2019 Porsche 911 Speedster is painted in Porsche’s signature Guards Red as a reminder of the 1988 911 Speedster and features 21-inch center-lock wheels, a bonnet-mounted fuel filler cap and a perforated black leather interior with red highlights. The wide body shape comes from the 911 Carrera 4 Cabriolet, transformed with a chopped roof and a lower, shallower windscreen. The roof is not a folding one; it’s a lightweight Tonneau cover that is fitted in place with Tenax buttons. 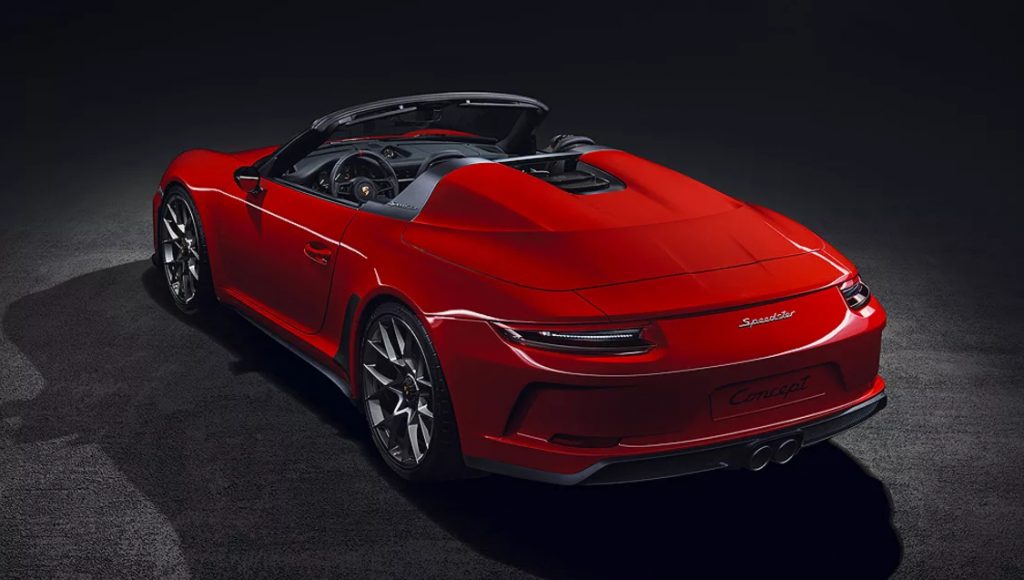 This retro-themed 911 Speedster, the latest in a series of track-focused 911 GT3 RS vehicles in the past 15-odd years, will go into production in early 2019. It will be Porsche’s first car in its Heritage Design Packages range that is created by Porsche Exclusive for prospective drivers who like bespoke cars. This Speedster will be more customizable than any of Porsche’s previous cars, and is likely to be far more expensive because of its exclusivity. Standard Porsche GT3 cars sell in the region of $148,000, whilst this new limited edition model will be priced closer to $274,000.