This isn’t the first time that Hermès will debut new versions of its iconic Cape Cod timepiece – and it’s unlikely to be the last. But the new Cape Cod Chaîne d’ancre is certainly something to talk about. Baroque Access offers the info on Hermès’ latest addition 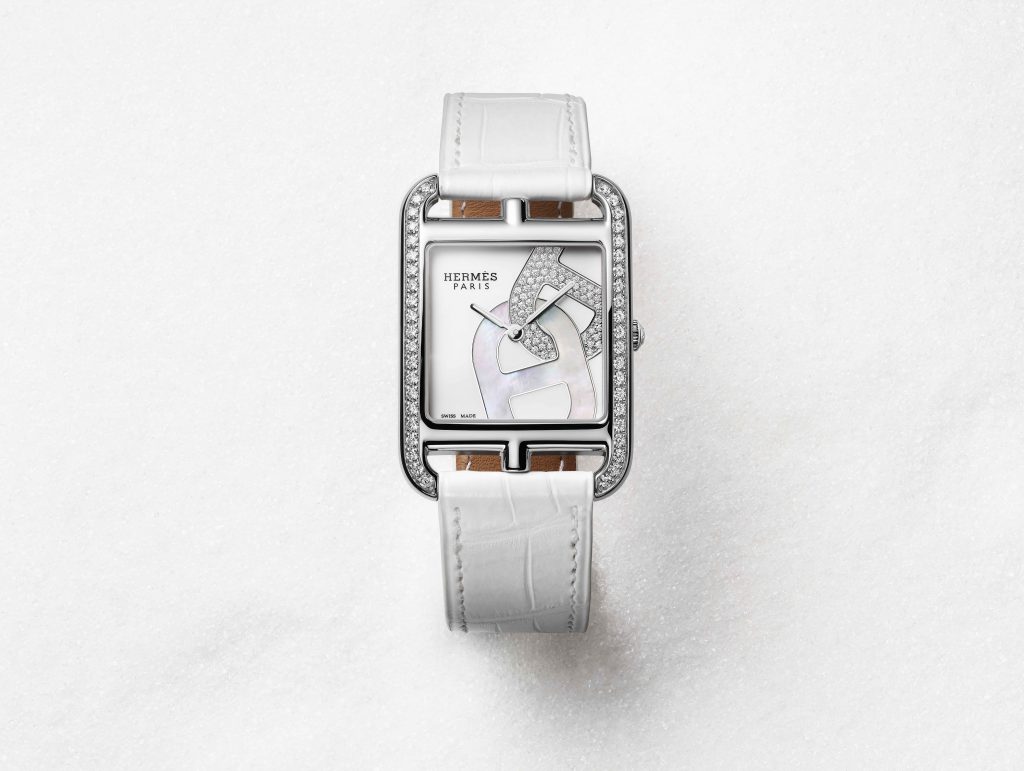 Originally released in 1991, the Hermès Cape Cod was created by Henri K’Origny. It was a square watch, although he preferred rectangular ones – so he combined the two shapes and came up with the legendary shape that has since become the Cape Cod signature. He did this by cutting the iconic Hermes anchor chain motif into two and creating a square embedded in a rectangle – a bold, original shape that is both playful and unique. 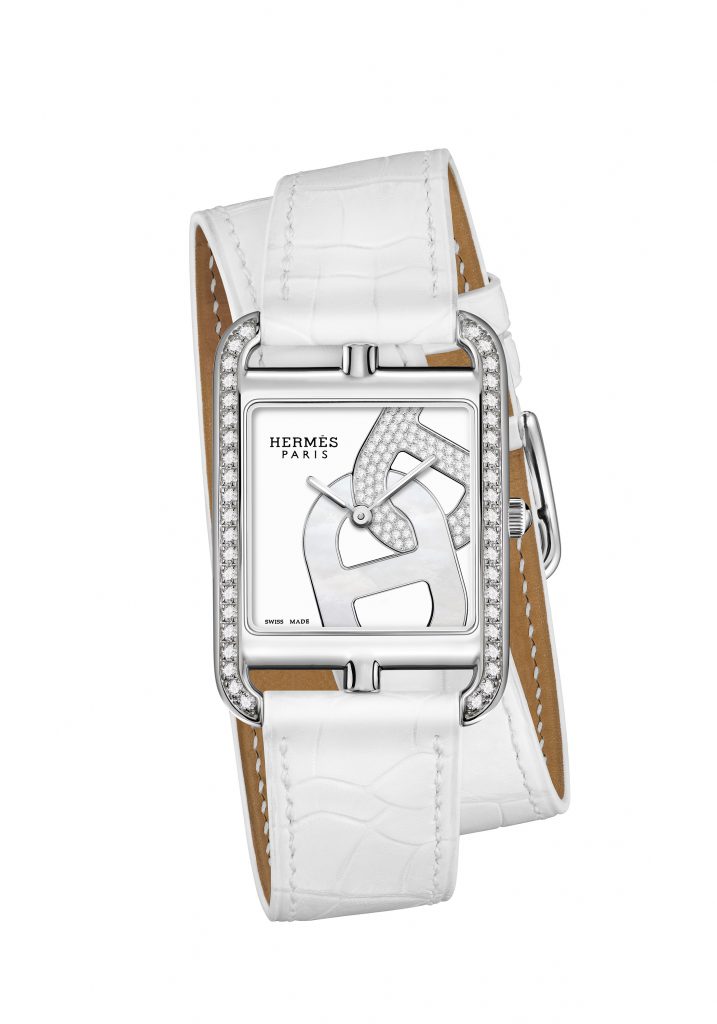 The Hermès Cape Cod has had various iterations over the years. Although the luxury watch brand has become a serious contender in the design and horology stakes, launching in-house movements and introducing various ranges of stylish timepieces, it has not neglected its fun side – and that’s where the Cape Cod comes in. The Cape Cod with its Swiss-made quartz movements has had various faces over its 27-year history, yet has remained elegant and stylish.

In 1998, it adopted Hermes’ signature double tour strap and this was a major success. Then in 2016, it was adorned with stone and lacquer dials and appeared in colourful new leather variations. Last year, it chose a matt black Diamond-like-Carbon (DLC) case. 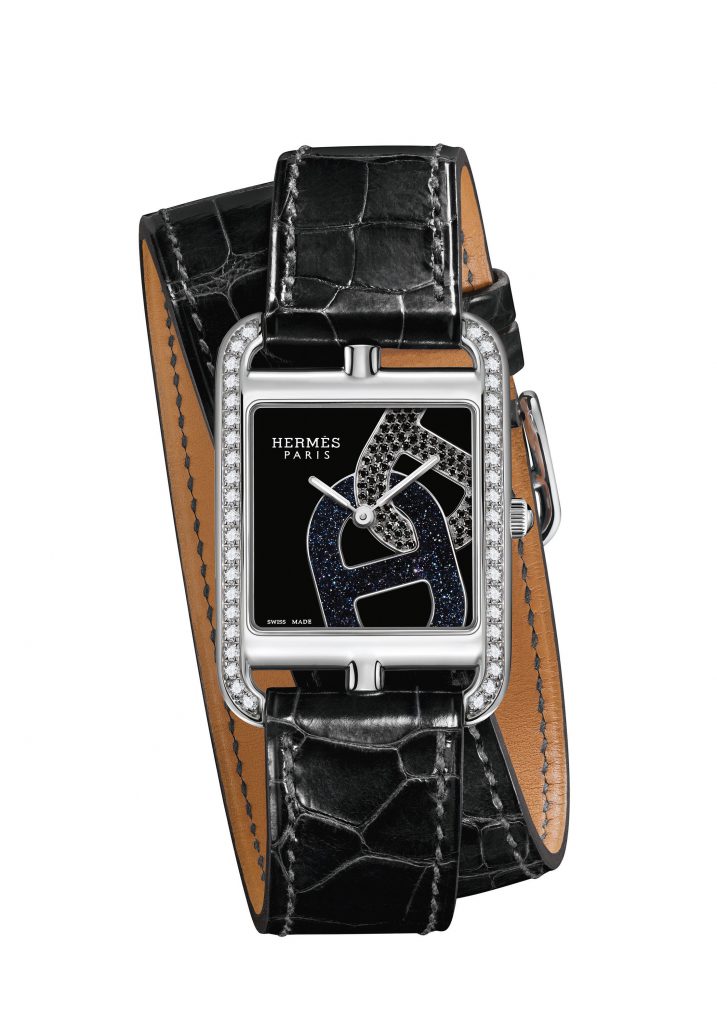 And now we have the latest edition of the Cape Cod, a design that links daring style and femininity and boasts a mischievous element, too. It’s steel, original and playful, rigorous and graphic, a stylish timepiece that will retain its classic, ageless status. 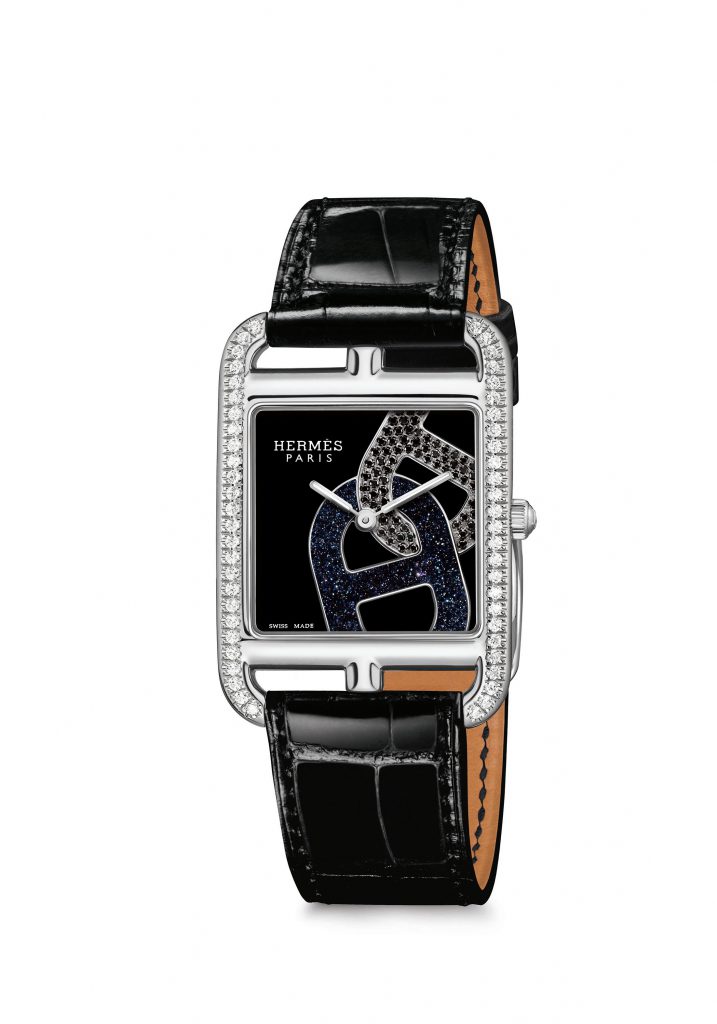 The entire anchor-chain link has been reinterpreted in the new model. With either a black or white lacquered background, the dial motif interweaves black spinels, aventurine or diamonds and white mother-of-pearl. The modern font with an offset logo is enhanced by slim hands and a gem-set rectangular bezel. The strap comes in single or double tour alligator leather – either black or Chantilly, depending on the color of the watch face.

So what are the specs? The Anchor chain on the black-lacquerd dial is set with 71 black spinels and adorned with a champlevé aventurine décor. The white lacquered dial features anchor chains set with 71 diamonds and adorned with champlevé mother-of-pearl décor. There is only one size for this timepiece – 29 x 29mm. The watch is water resistant. The movement is quartz, made in Switzerland.