British luxury automaker revealed its 2109 Convertible at the LA Auto Show at the beginning of December – and it’s destined to be the sportiest drop-top ever created by the marque. Baroque Ground has all the details 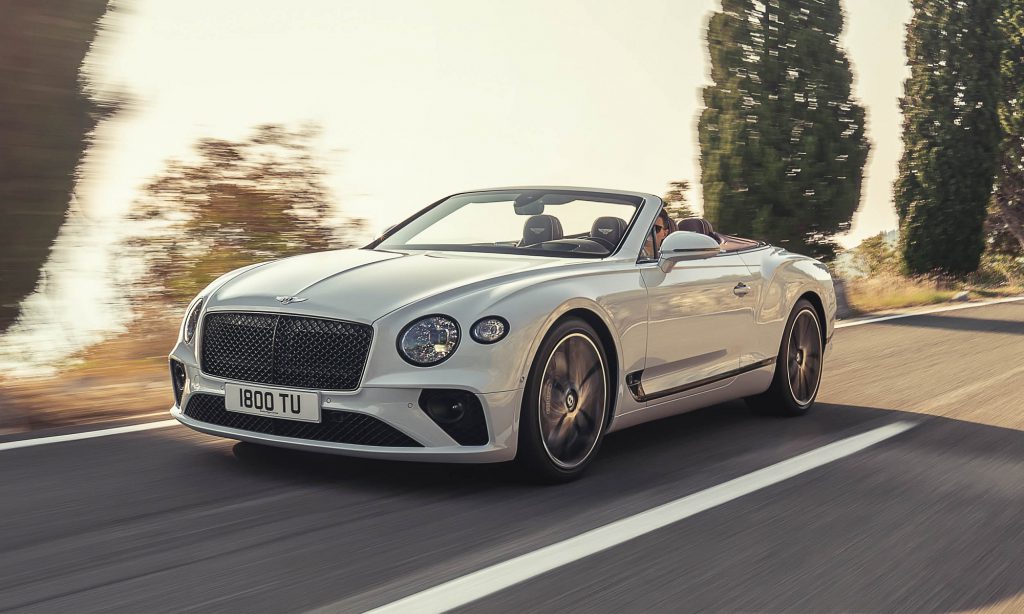 Bentley’s 2019 Continental GT Convertible is initially offered with a 6.0-liter, twin turbo-charged W12 engine that churns out 626 horsepower and 664 pound-feet of torque. Apparently, plans are also underway to introduce a lighter V8 engine as well as a plug-in hybrid and a GT Speed model.

The soft-top model features a folding canvas roof that can be raised or stowed away in 19 seconds flat even while the car is driving at speeds of up to 30mph. The soft top comes in a choice of a tweed-like finish or l7 other color options. 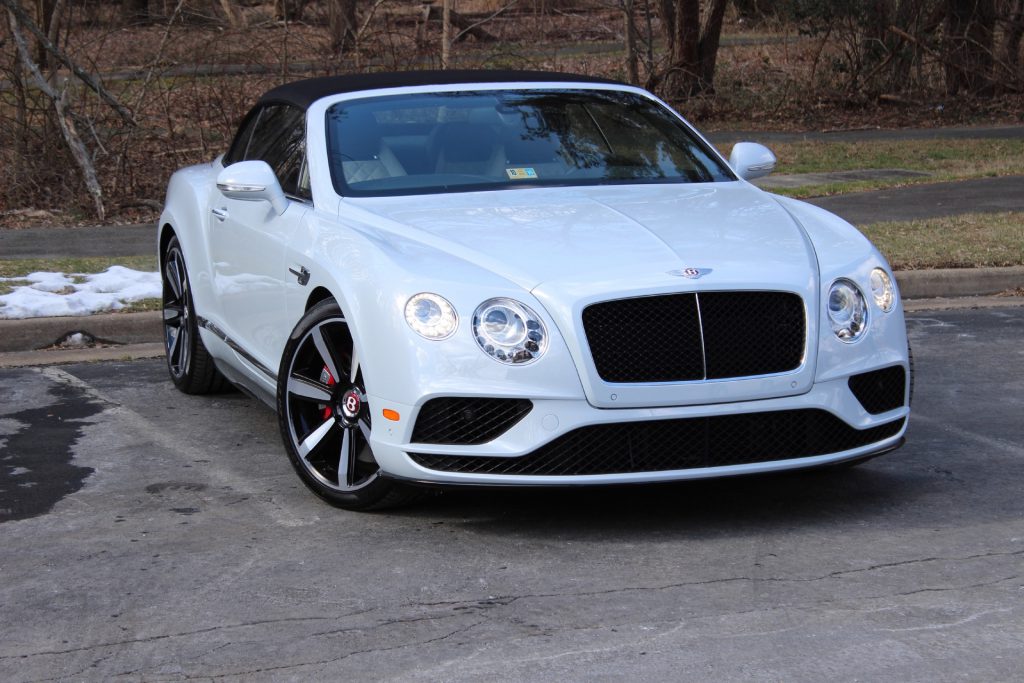 With its clever suspension technology the new Convertible is likely to retain much of the 2018 GT Coupe’s composure despite having a soft top. And like the Coupe, it will utilize air springs and active anti-roll bars powered by the car’s 48V architecture to reduce body roll drastically. This will effectively counteract corners and enhance stability. In addition, when the roof is down, the driver and passengers will be kept warm with a neck-warming system as well as heated seats, arm rests and steering wheel. 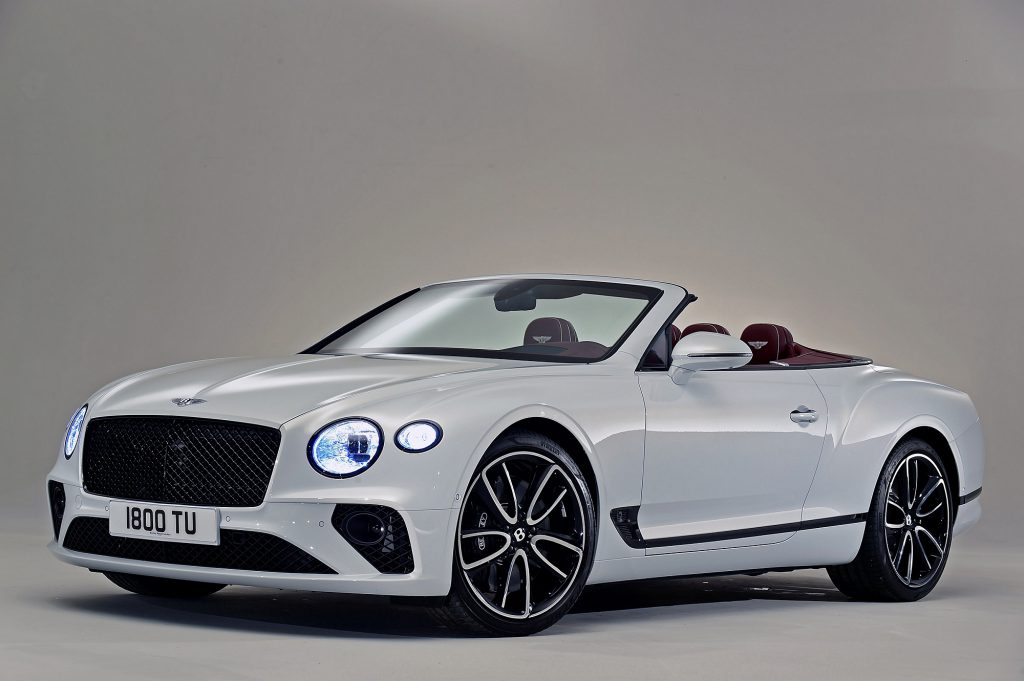 The interior of the 2019 Bentley model is as good-looking as the exterior – it’s a great combination of leather and wood in the décor with a 12.3-inch infotainment screen that has been designed as part of a 3-sided rotating unit… certainly something to boast about. In addition, the car’s side mirrors are larger than average, which is an excellent safety feature.

The new Convertible features a ZF 8-speed dual clutch transmission and variable all-wheel drive – it’s been designed to be Bentley’s sportiest vehicle ever. The marque claims that the new Convertible can go from 0 to 62mph in a mere 3.8 seconds, and reach a top speed of 207 mph. 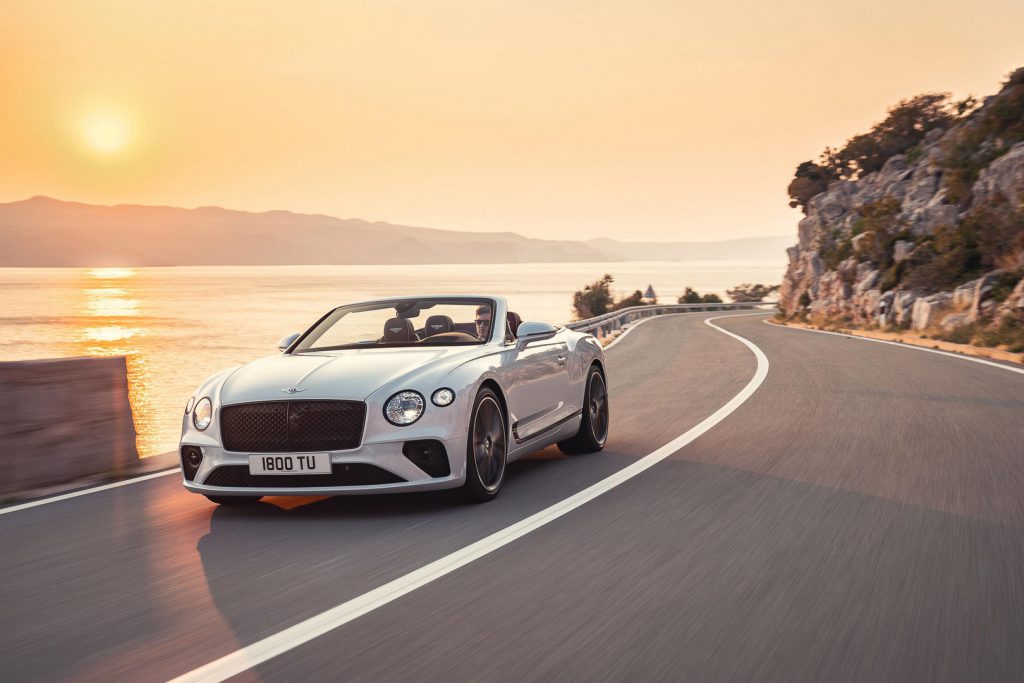 While Bentley focused on launching its Continental GT this year, 2019 will see the Convertible take center stage – it’s expected to be in showrooms in the summer months. The price has not yet been revealed, but it is expected to cost more than the hardtop Coupe, which starts at a price of $214,600.

Word has it that the Bentley GT Convertible is unmatched in its class, a quintessential grand tourer that is powerful and exquisite when it comes to design and craftsmanship. The vehicle is one of the few luxury car brands that are respected for its quality luxury car designs.