Revealed this month and due to appear in showrooms in April… two plug-in hybrid versions of BMW’s latest 7-Series that not only offer the sportiness, comfort and luxury that BMW is famous for, but add increased efficiency as a bonus. Baroque Ground finds out all the details 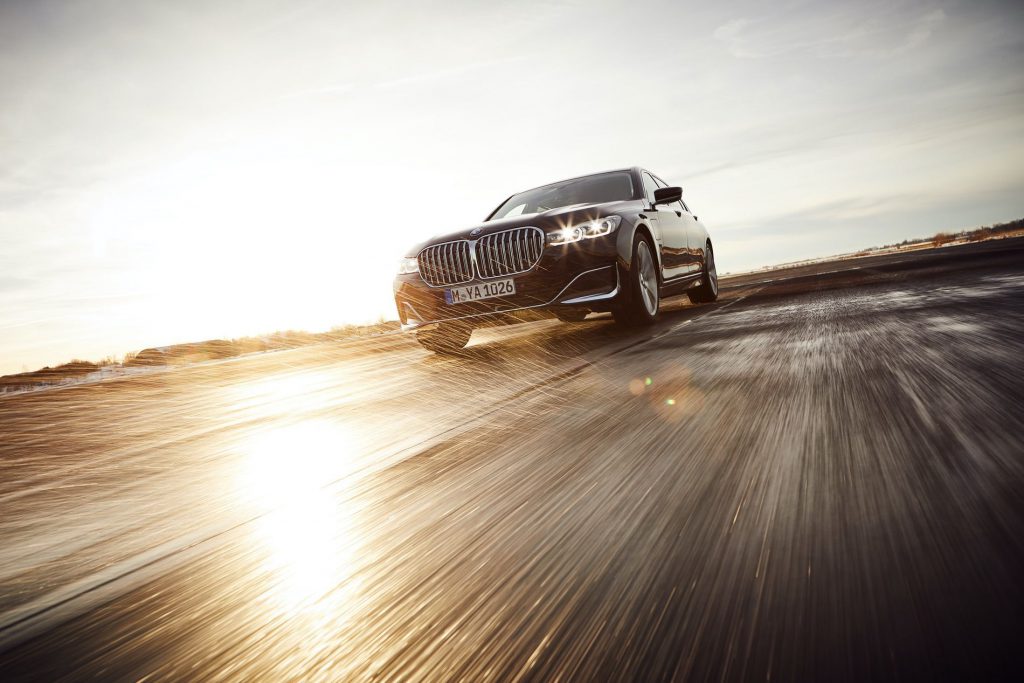 There’s a choice of the hybrid version of BMW’s 7-Series – the BMW 745e and the BMW 745Le xDrive – and both offer intelligent all-wheel drive. They also feature a system comprising a 6-cylinder in-line petrol engine as well as an advanced high-voltage battery that has an excellent capacity compared to previous BMW plug-in models, giving a boost both in torque and power. In addition, fuel consumption, CO2 emissions and electric range are also much improved. 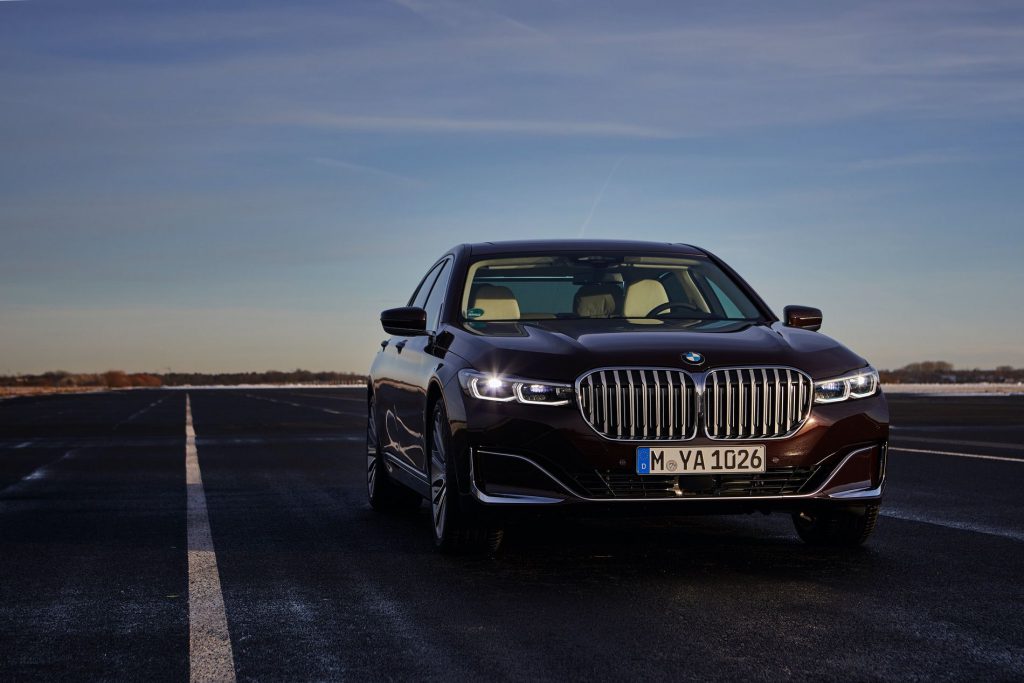 The hybrid models are powered by a 3.0-liter BMW EfficientDynamics engine that offers a peak power output of 286hp combined with a rated electric motor output of 113hp and 265Nm of torque. The vehicle’s lithium-ion battery features incredibly advanced battery cell technology as well as an expanded storage capacity. When the cars are in SPORT mode, the 2 power sources combine and offer a total power output of 394hp as well as a maximum torque of 600Nm, providing the 745e model with acceleration equivalent to BMW’s X7 sports car. 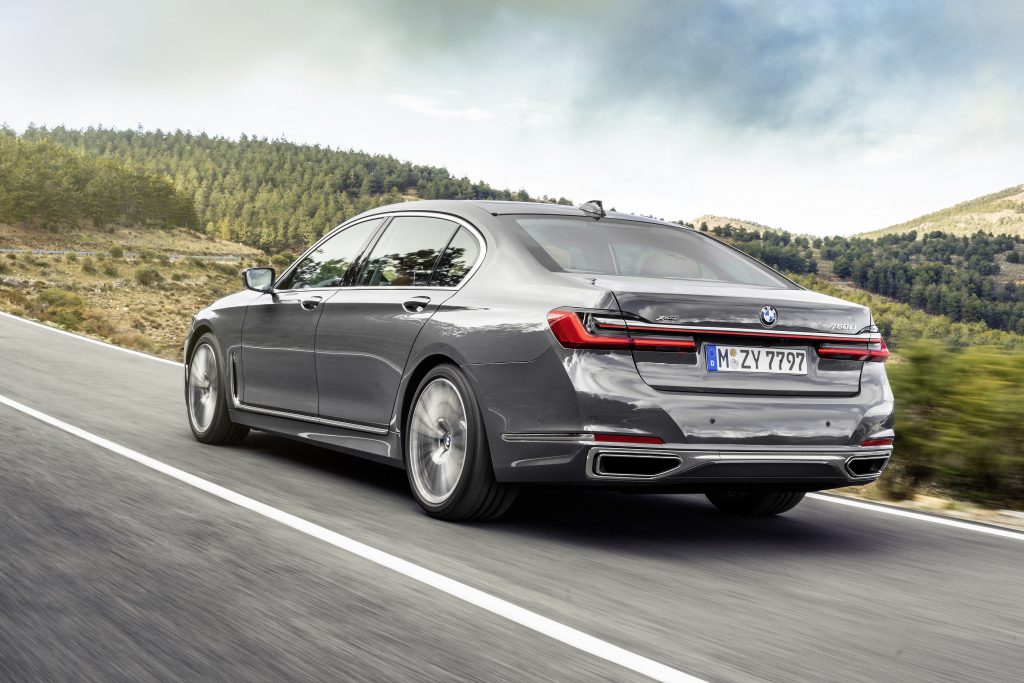 The vehicles’ hybrid system also manages energy efficiently to ensure that both power units interact with each other in the most efficient way possible. There’s also a preview function that operates along with the car’s GPS to assign power as efficiently as possible on a pre-planned route. 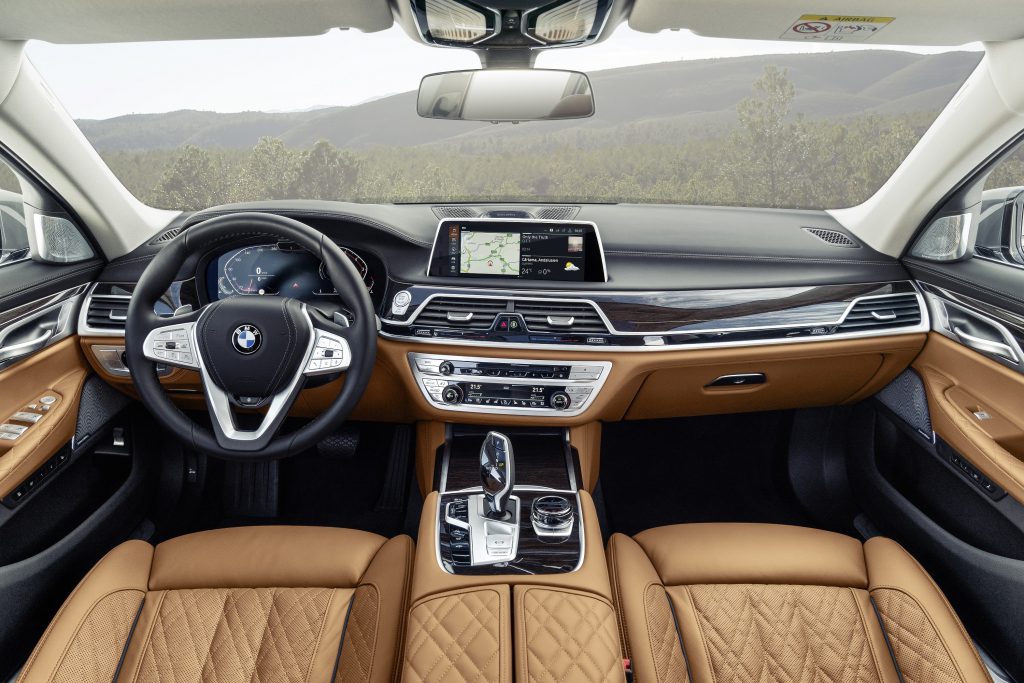 Like the rest of the 7-Series range, the new hybrids offer plenty of luxury in the interior as well as power under the hood. They are slightly longer than the 2017 models by 22mm. The grille is new, similar in size to the recently unveiled X7. And that’s just a start… 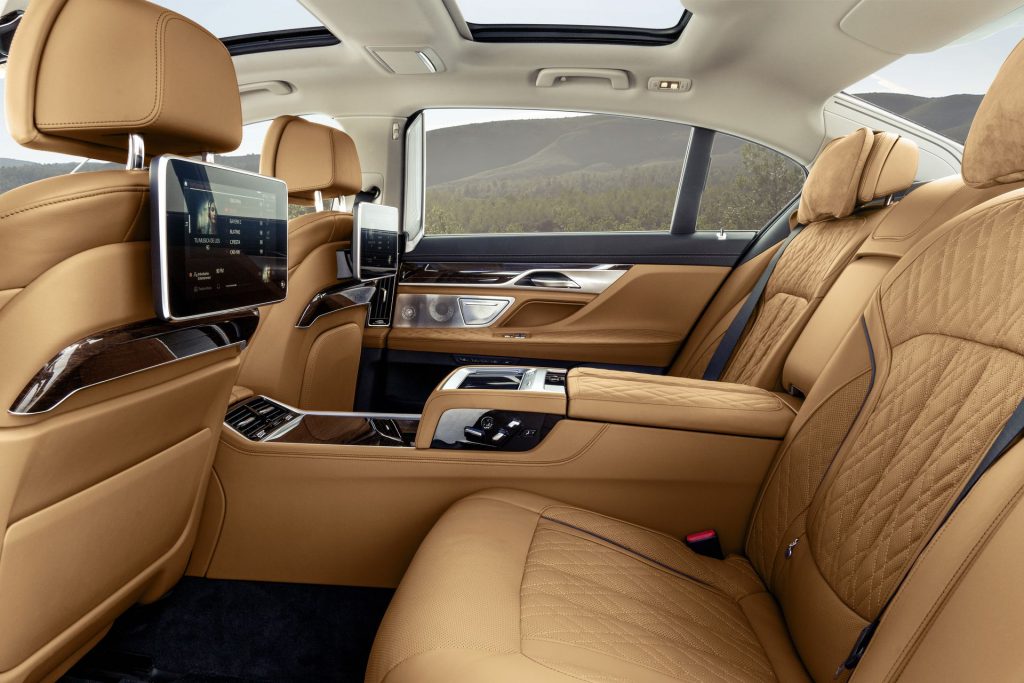 The Parking Assistant function has been updated, and there’s also a Reversing Assistant that can back the car up by up to 50m. Other innovative details include the BMW Intelligent Personal Assistant, which permits drivers to chat to their cars by saying, “Hey, BMW”. It also controls various settings such as lighting, heating and seat massages. BMW is planning to offer vocal recognition in the near future. 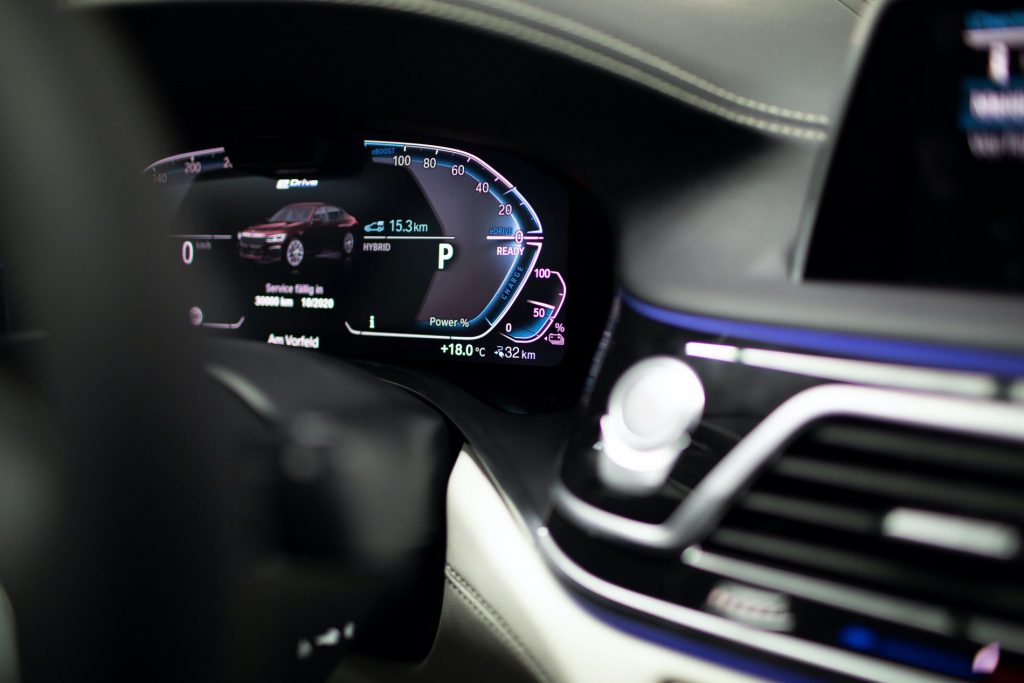 In the plug-in hybrid versions, the 745e features rear-wheel drive, whilst the BMW 745Le xDrive offers four-wheel drive capabilities. With its 12.0kWh lithium ion battery, the 745e apparently delivers an electric range of up to 36 miles, endowing it with combined cycle consumption of 134.5mpg and average CO2 emissions of 48g/km. 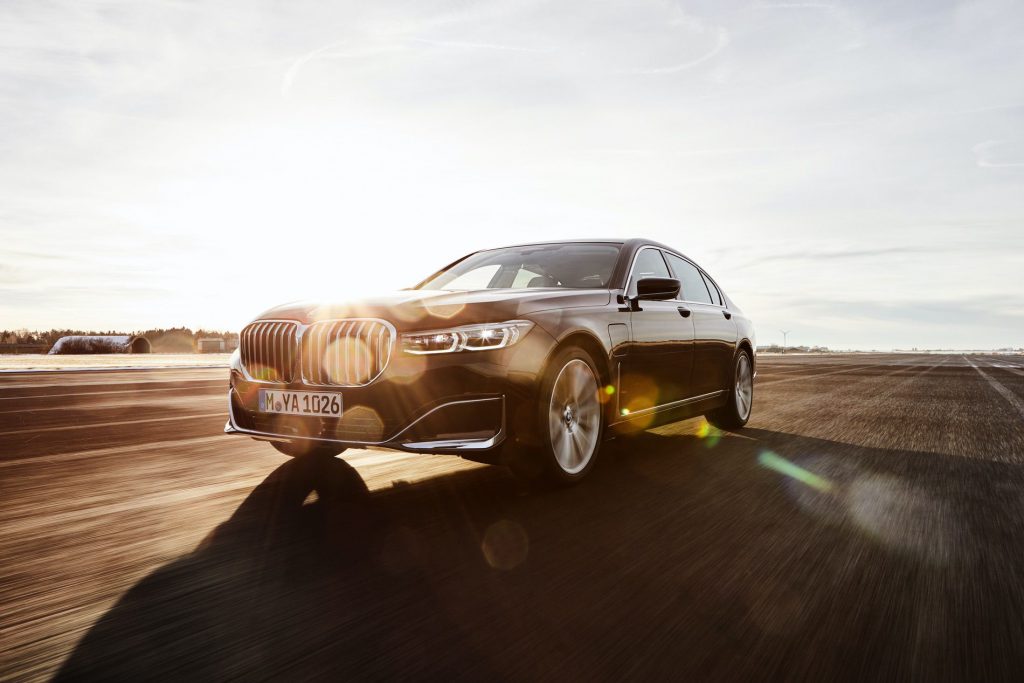 When it comes to performance, the 745e accelerates from standstill to 62mph in 5.2 seconds, while the 745Le xDrive cuts the time to just 5.1 seconds because of its intelligent four-wheel-drive. Maximum speed is 155mph, but in HYBRID mode, the vehicles travel at a speed of up to 68mph, which is 13mph faster than any of their predecessors driving in electric mode. The petrol engine will only take over when the car reaches a higher speed or when the engine experiences a heavy load. The 745e has a maximum range in electric mode of around 34 to 36 miles (depending on driving conditions), and the 745Le xDrive offers a range of between 32 and 34 miles when electrically powered.