Last year Porsche revealed its 911 Speedster Concept to mark the sports car manufacturer’s 70th birthday. This year, the open 2-seater has gone into production as a special limited edition. Baroque Ground has all the details 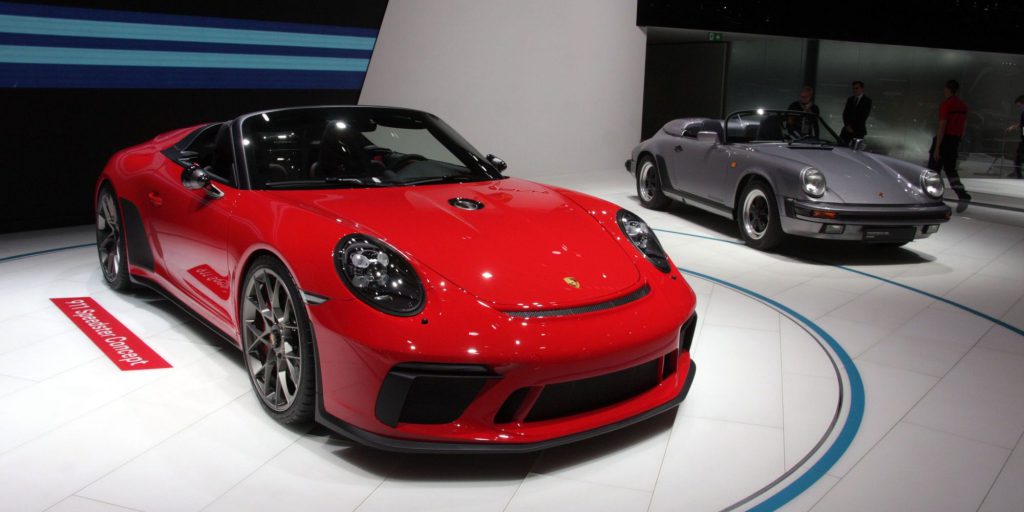 Just 1 948 open-top 2-seater Porsche 911-Speedster vehicles are currently going into production. The number is significant, as it represents the year 1948, when the Porsche 356 ‘Number 1’ received its operating license. The Concept study features Guards Red paintwork, a reference to the 911 Speedster of the G-model generation that was created in 1988. The sports car’s new cross-spoke 21-inch wheels and the black leather interior finish off what is most definitely a tasteful and sporty car. 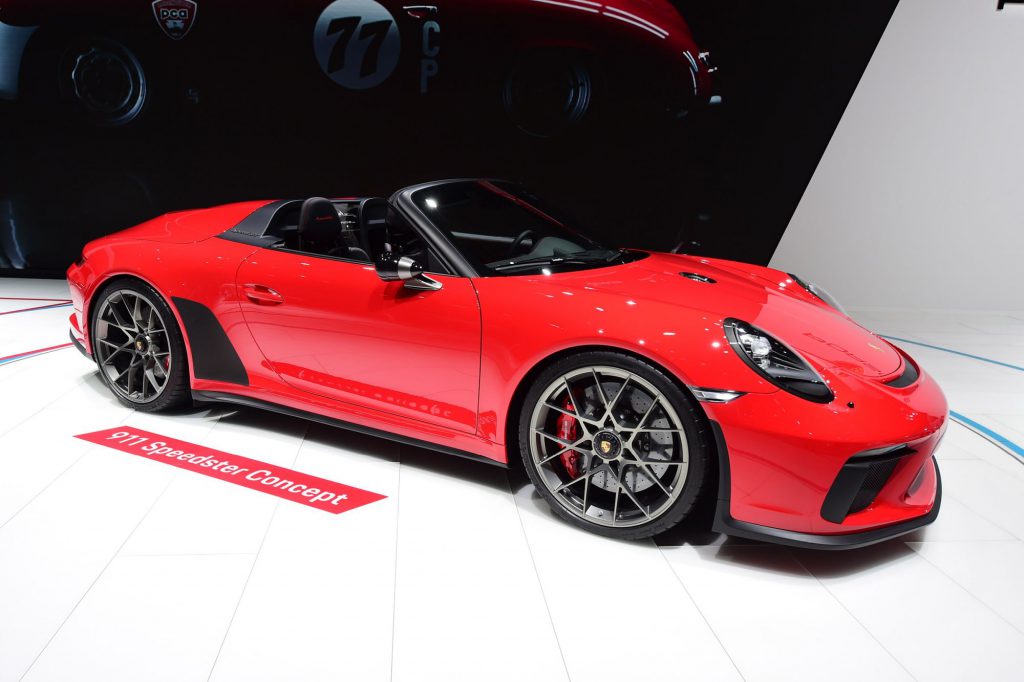 The drivable 911 Speedster Concept was developed at Porsche Motorsport in Weissach, Germany in June 2018 as a ‘Heritage’ car in cooperation with Style Porsche and Porsche Exclusive Manufaktur. The car being manufactured this year is based on the 991 range; it will be the first offered with the new Heritage Design Packages, an exclusive accessory line created by Porsche Exclusive that offers a much higher degree of bespoke for the legendary Porsche 911.

The special cross-spoke wheels are a major highlight, reminiscent of iconic Porsche racing cars such as the 911 RSR and the GT3 R. The new Porsche’s tinted daytime running lights were also inspired by previous Porsche racing models. They come in red, matching the new model’s paintwork. The two ‘Talbot’-shaped exterior mirrors and the car’s fuel tank cap, which is centrally positioned on the bonnet, are manufactured in black chrome and platinum. The interior is being created using partly perforated black leather with red highlights. 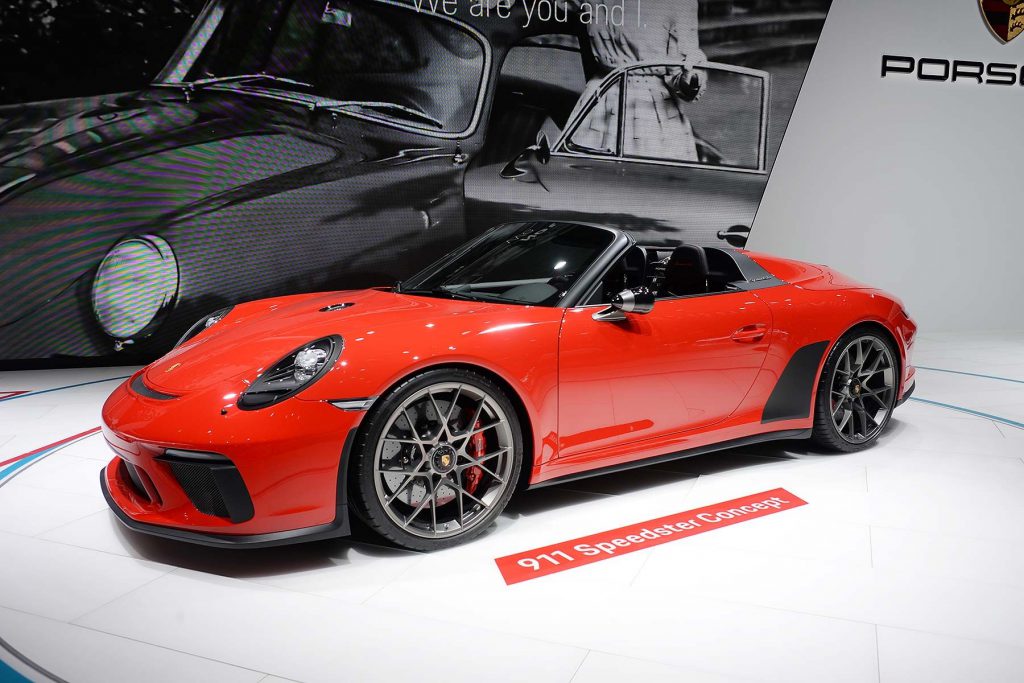 The body components and the 911 technology has remained identical to that of the Speedster concept car created in 2018. This includes shortened window frames and smaller side windows plus a carbon fiber front and rear bonnet with double-bubble cover behind the seats. The cars also feature a lightweight Tonneau cover instead of a convertible soft top. This is fitted with Tenax buttons. 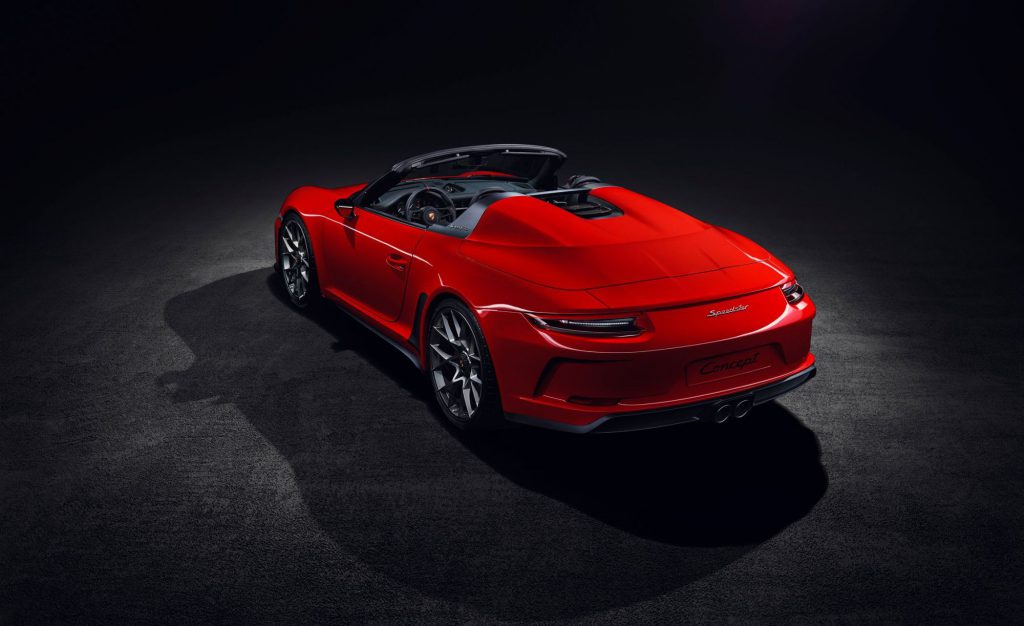 These magnificent cars have a body based on the 911 Carrera 4 Cabriolet, while the chassis was copied from the 911 GT3. The GT development department provided the new model’s exhaust system with its titanium tail pipes as well as the drive train and the manually operated 6-speed gearbox. These limited edition cars are powered by a naturally aspirated flat-6 engine that develops over 500hp and is capable of engine speeds of up to 9,000 rpm. 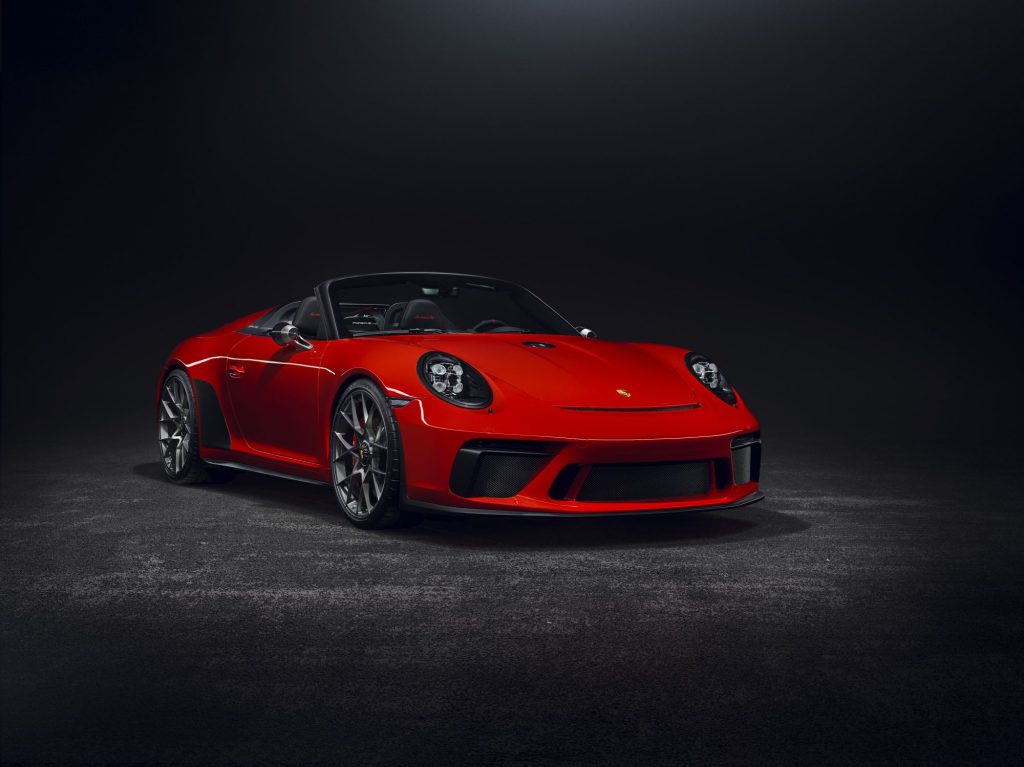 Prospective buyers of this exceptional new model can order it from 7 May – it has not yet been revealed how many of the 1,948 models will be available in the US. The price is in the region of $275 750. The good news is that this price includes delivery charges. The limited edition sports cars will be delivered later in 2019.