The Hermes Heure H has a strong and steadfast signature, complete with double tour strap. But now there’s a new strap to choose from, that is micro perforated. Baroque Access takes a look 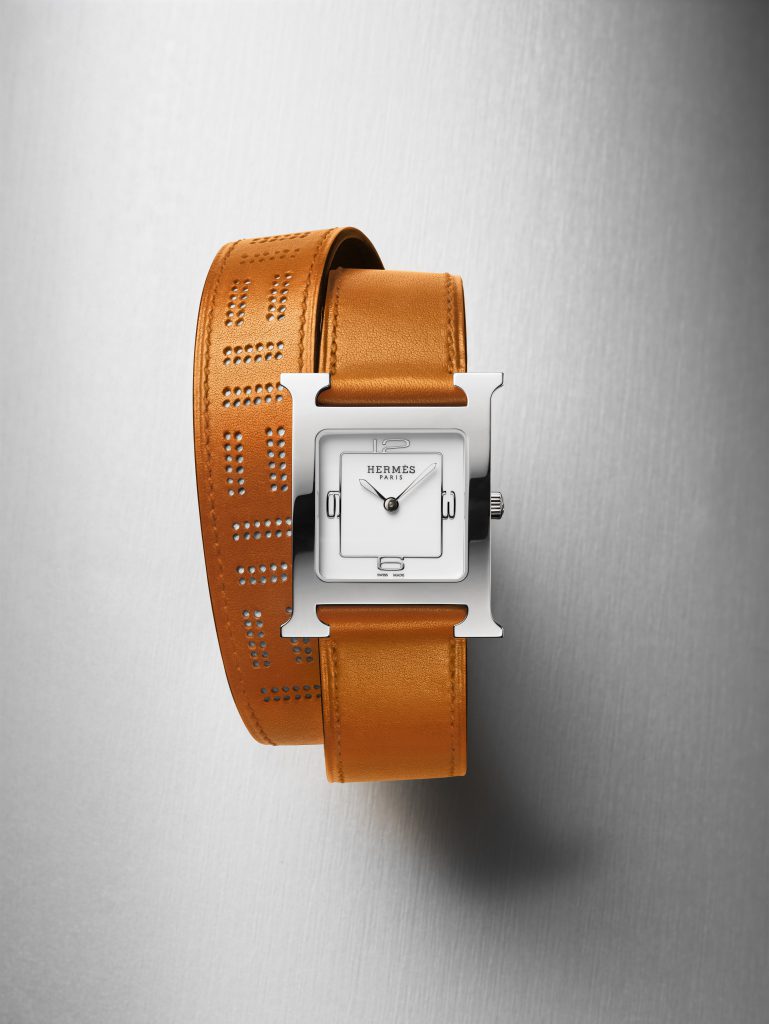 The Heure H timepiece by Hermes was originally created in 1996 as more than just a watch. To this day it remains a symbol of edginess and boasts a dynamism and freshness that belies its age. The secret to this is the singular idea of capturing time inside the letter H – Hermes’ amusing method of framing the passing of time. 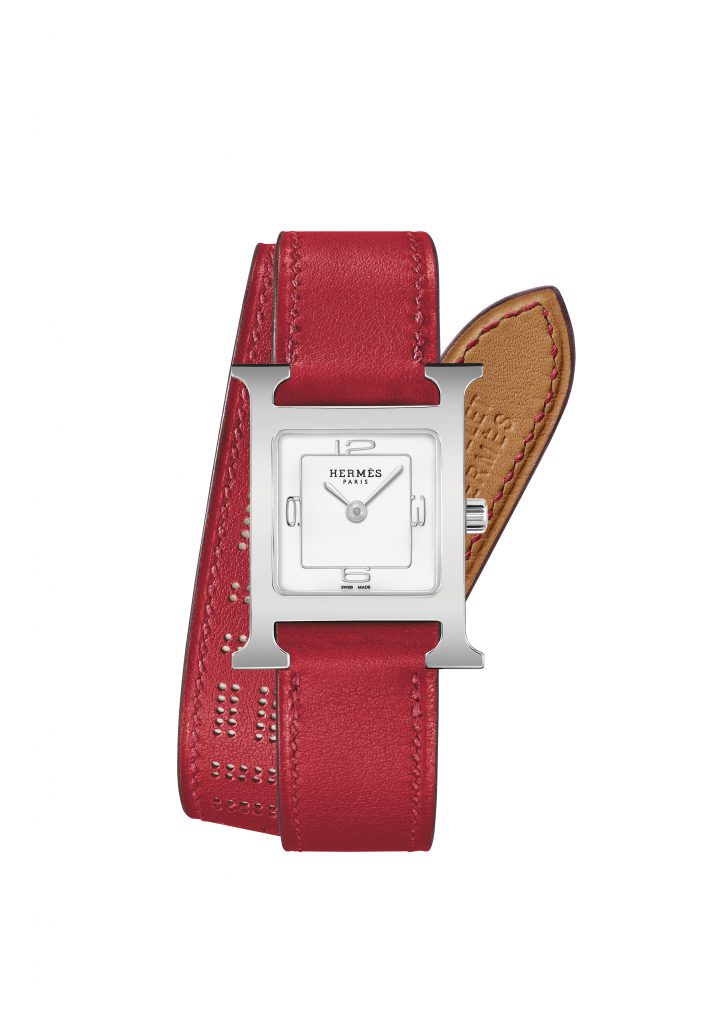 The double leather strap adorning the watch has been just as much a part of its signature. It was designed by Martin Margie for his first fashion show for Hermes way back in 1998 and fits seamlessly into the watch case, accentuating its graphic shape. The watch band has a dual task – the classic finish between the case lugs and a geometric micro-perforated H pattern on the second loop around the wrist. To achieve a transparent effect, a wafer-thin sliver of Breton leather has been inserted between the two sections of the strap. 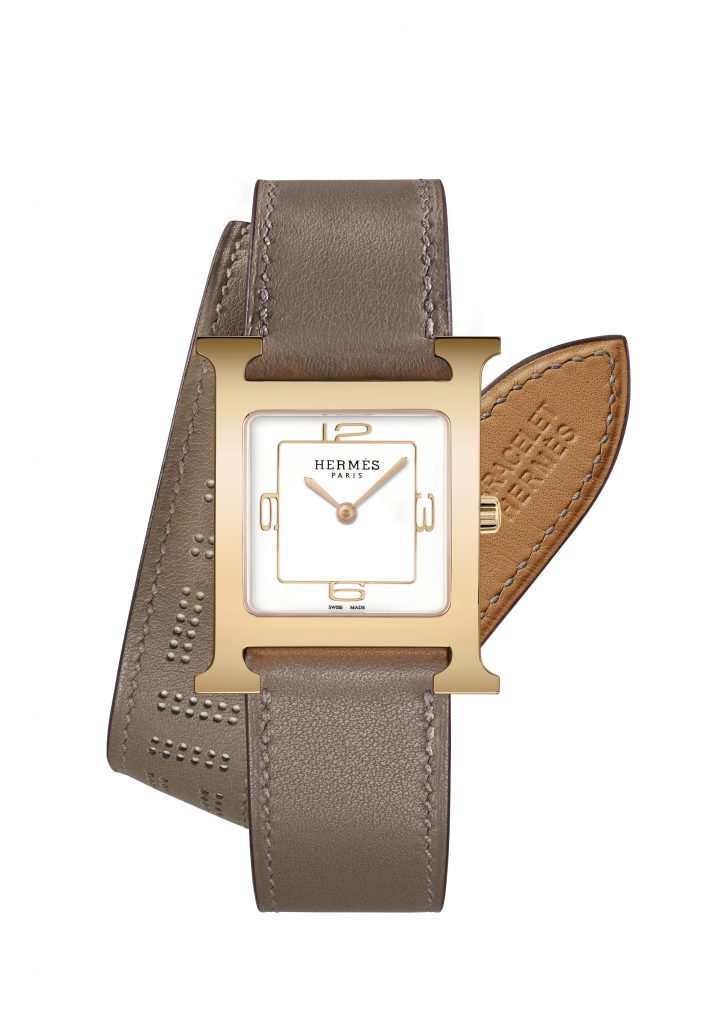 The magnificent Hermes watchcase, created by Hermes Horloger craftsmen, is available in two versions – there’s a steel one, adorned with an apricot or vermilion strap, and the other is a rose gold-plated iteration that comes with a black or etoupe strap. The white lacquered dial boasts four Arabic numerals and metallic hands. It strikes a pleasing contrast with the colors fo the straps. The overall result is a perfect match between rigorous stylistic and technical disciplines. And of course, the highlight remains the precision of the watch, created by deft, expert hands. The double tour straps are interchangeable, and these days, it’s up to the wearer which one to wear. The difference between the new and the original versions is the perforations on the straps. 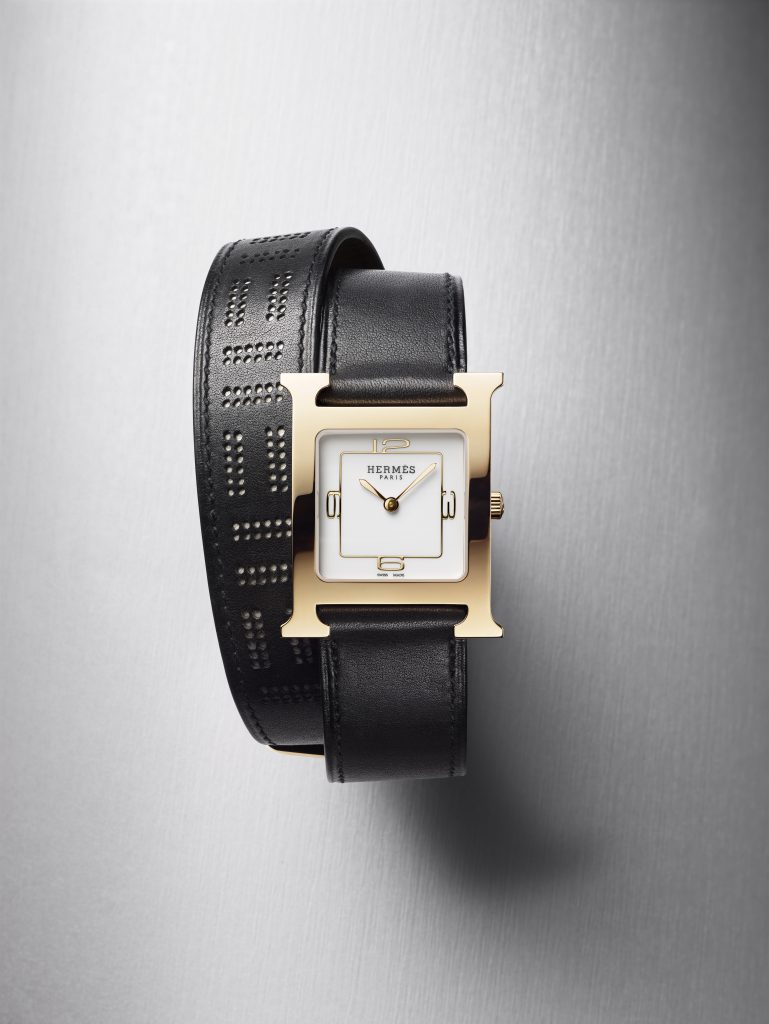 Technical characteristics of the watch for those who would love to purchase one include: