This summer high-end watch and jewelry brand Bvlgari is debuting a series of extraordinary jeweled timepieces at its Brand Event. Baroque Access finds out all the details 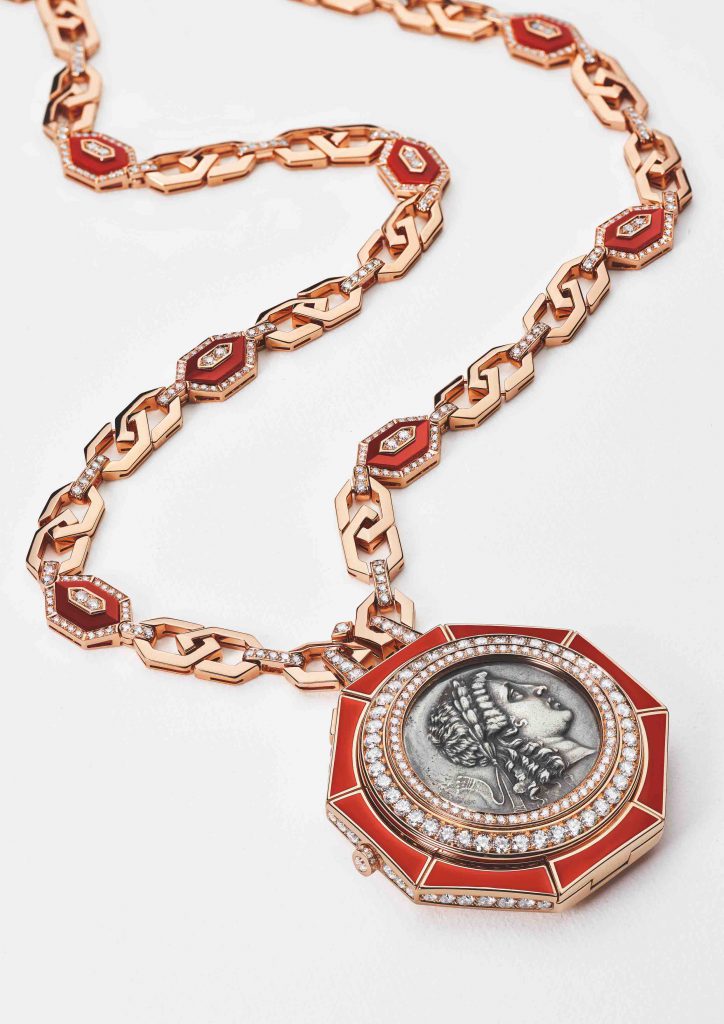 The latest jeweled timepieces created by Bvlgari are known as ‘secret watches’ because the dial is discreetly hidden within the watch’s design. These are the pinnacle of expression of Bvlgari’s inimitable style, as well as the brand’s impeccable craftmanship and Swiss watchmaking expertise.

For 2019, Bvlgari will debut two Monete timepieces using one of the brand’s most recognizable motifs, an ancient coin to create a link between past and present. This is also a nod to the Maison’s classic Greek and Roman roots. This style was initially created in 1966 by Nicola Bvlgari, who described the result as creating a link between “something contemporary with what is immortal”. The very first Monete secret watches debuted only two years ago, in 2017, when Bvlgari introduced an Octo style plus a jeweled pendant. These two designs have now been reimagined for 2019. 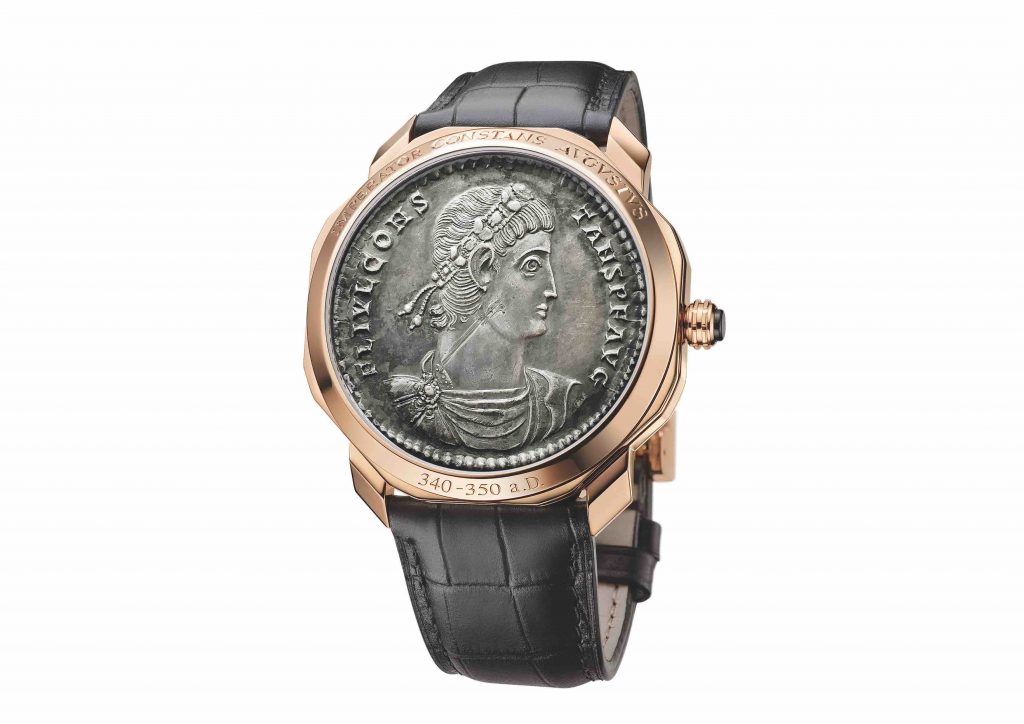 The first of the two styles is the Octo Roma Monete with an extra-thin skeleton movement. This timepiece is fitted with an extremely rare 4th Century Roman coin on its face. It opens with a touch of a button to reveal the caliber BVL 268 SK, a mechanical manufacture movement with manual winding and flying tourbillon. The 2,000-year-old coin features a relief of Emperor Constans, one of Constanine the Great’s three sons. Constanine ruled Rome and the Western provinces of the Empire. On the reverse of the coin there’s the Concordia, or harmony, of the three brothers, who ruled together peacefully for many years. The ancient medallion is bold, charismatic and fresh, especially as it’s combined with the innovative shape of the cult Octo watch.

This timepiece, made in rose gold, is made of 253 components. It indicates hours and minutes, has a 52-hour power reserve and is 1.95mm thick. It is water resistant to 30 meters. The 44m octagonal case is in 18-karat rose gold. The black alligator leather strap is fitted with an 18kt rose gold folding buckle. 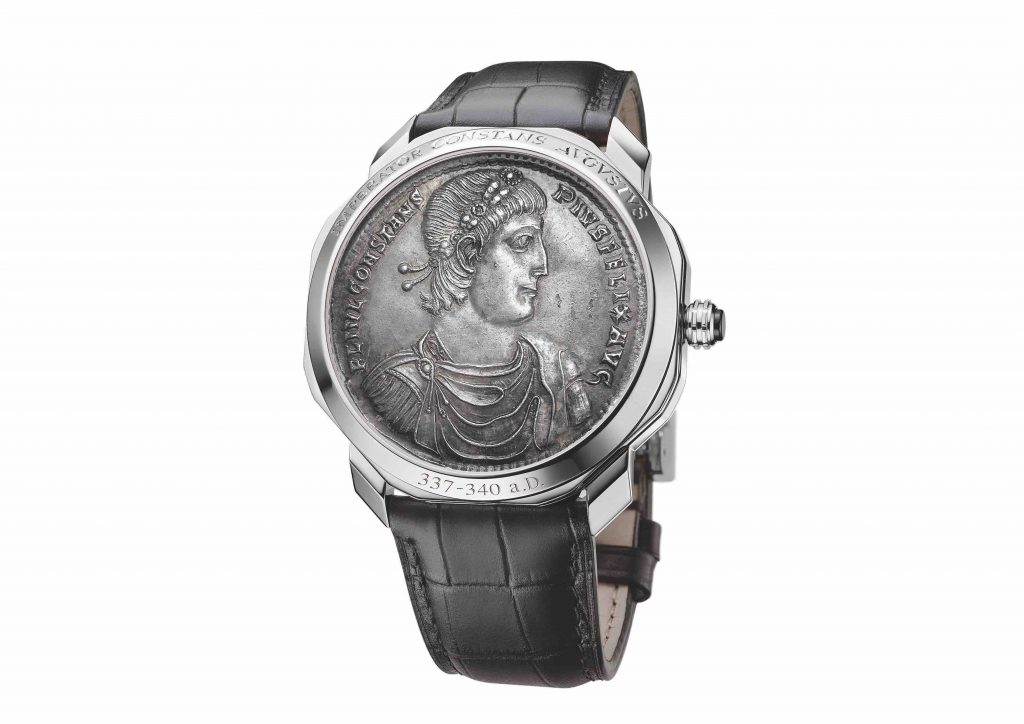 The other Octo Roma Monete, which is created in platinum, features a different coin that also depicts Emperor Constans. On its reverse side it celebrates the victory over the Franks, one of the highlights of Constans’ reign. This timepiece has the same movement and strap as the watch above and is 44m in diameter. 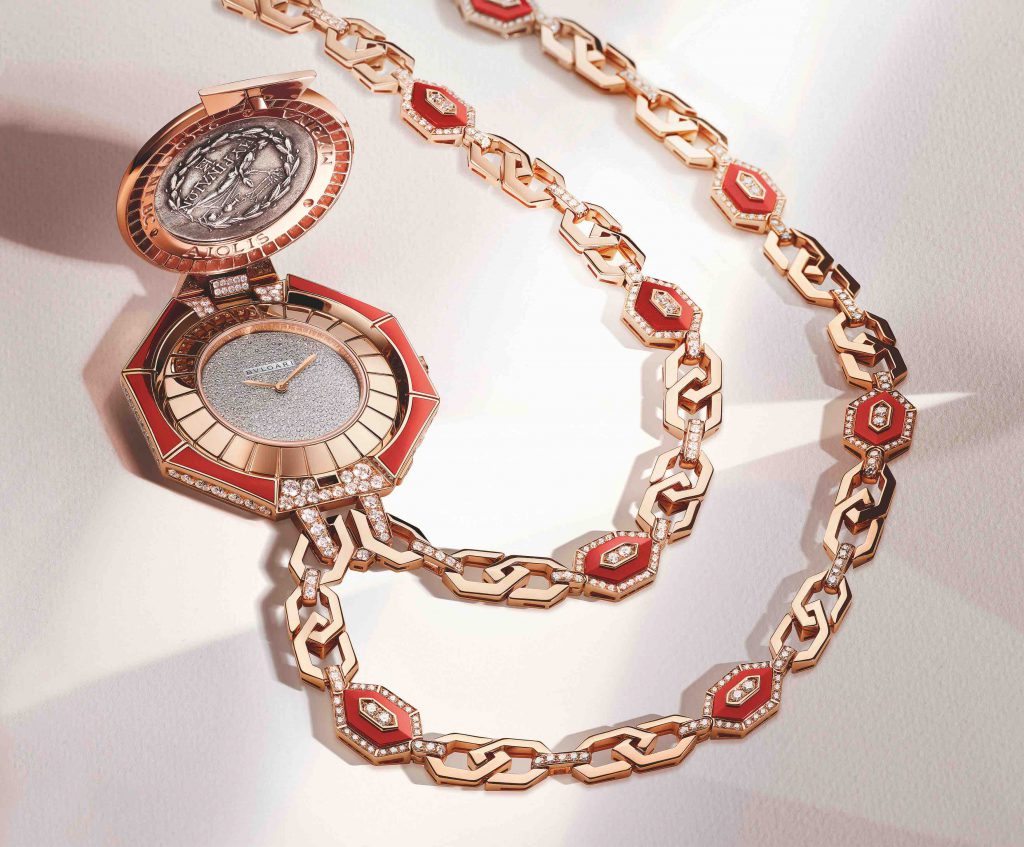 The second style, a Monete timepiece, is a women’s pendant watch that features a coin from the 2nd Century with the Head Laureate of Apollo of Grynion on its face and the god Apollo on its reverse side. This octagonal pendant is created in rose gold and suspended from a 90-centimeter solid gold chain. Both the watch bezel and dial as well as the chain are set with elements made of hand-cut rubrum coral originating in Sardinia as well as brilliant-cut diamonds. This exceptional piece redraws the boundaries between jewelry and watches. The pendant is created in 18-karat rose gold and features a 41mm diameter octagonal case decorated with coral and diamonds as described above. The dial is set with Pavé diamonds and the chain is 90cm long. The watch boasts a Quartz movement, is Bvlgari-customized and adorned with the Bvlgari logo.