Tag Heuer celebrates the Monaco watch’s 50th anniversary with a third limited edition timepiece. Baroque Access has all the details 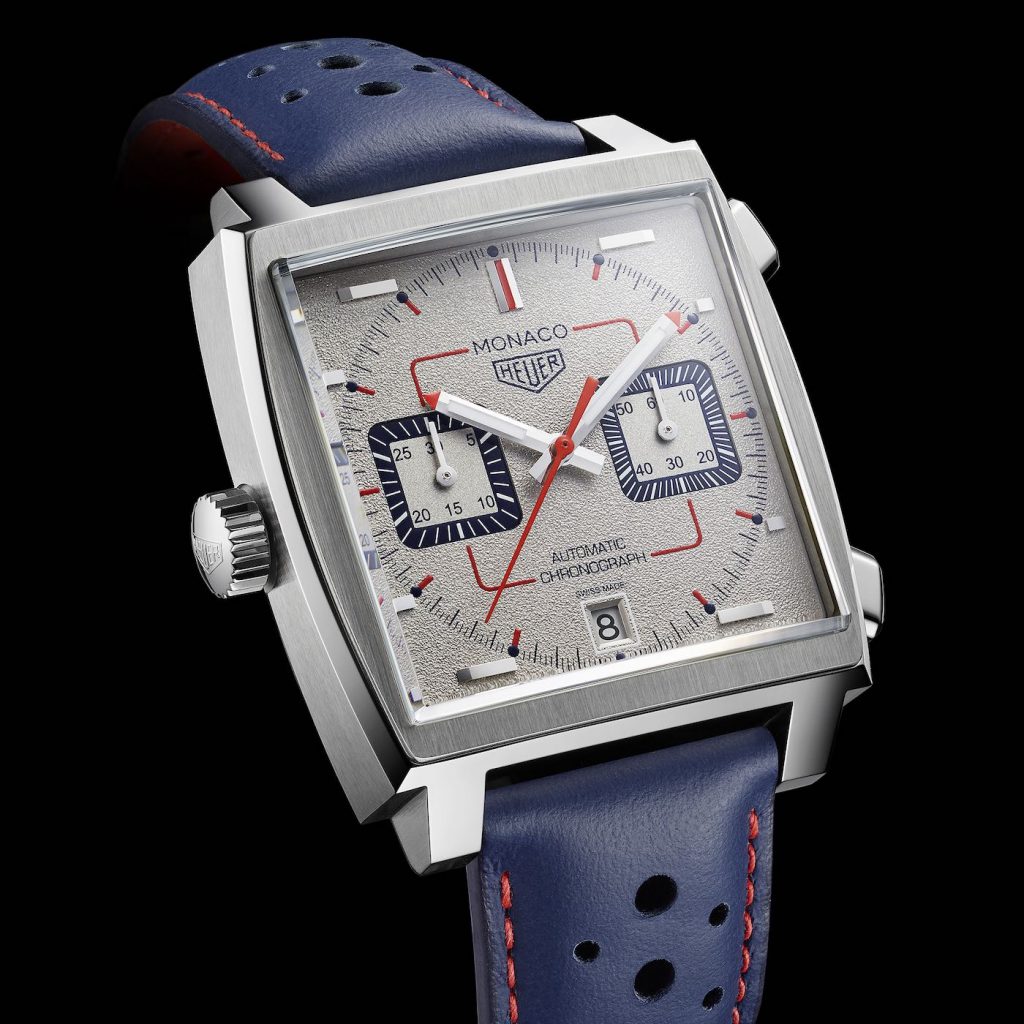 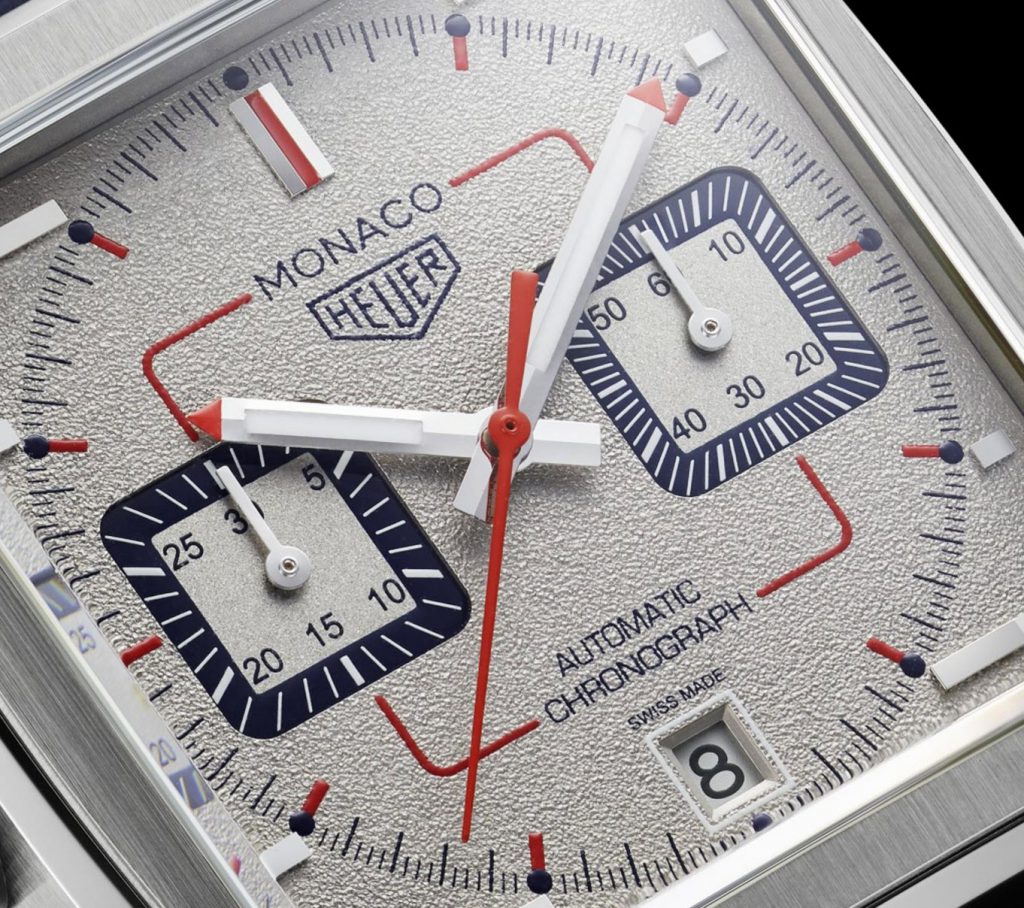 When the very first Tag Heuer Monaco was introduced in March, 1969, it was acclaimed for its ground-breaking and futuristic square case, which was also water resistant. This made the watch iconic from the start. This, the third of five limited edition timepieces that will be created as a tribute to the Monaco, is packed in a dark blue box decorated with the Heuer logo plus a horizontal checked pattern stripe. The watch is set on a red cushion and surrounded by a grey interior – these are the same colors to be found on its dial. 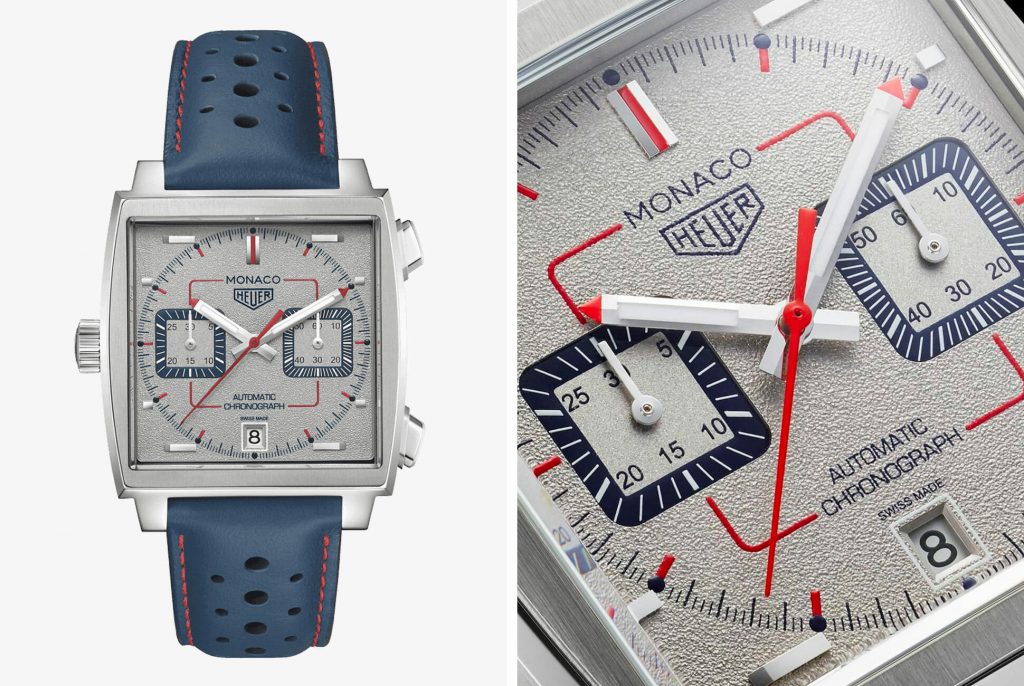 The timepiece was unveiled in July at the landmark restaurant Cipriani Wall Street in New York City. This third collector’s only edition takes its inspiration from the 1990s, with an industrial steel look. Its stainless steel case is 39mm in diameter, and the watch features a sapphire crystal, polished stainless steel crown at 9 o’clock. The dial is grained rhodium plated and features sand-blasted sub dials with blue counters. The Heuer logo and flange are both blue, and the indexes and central second hand are red. This color scheme continues with a blue perforated calfskin strap with red stitching. 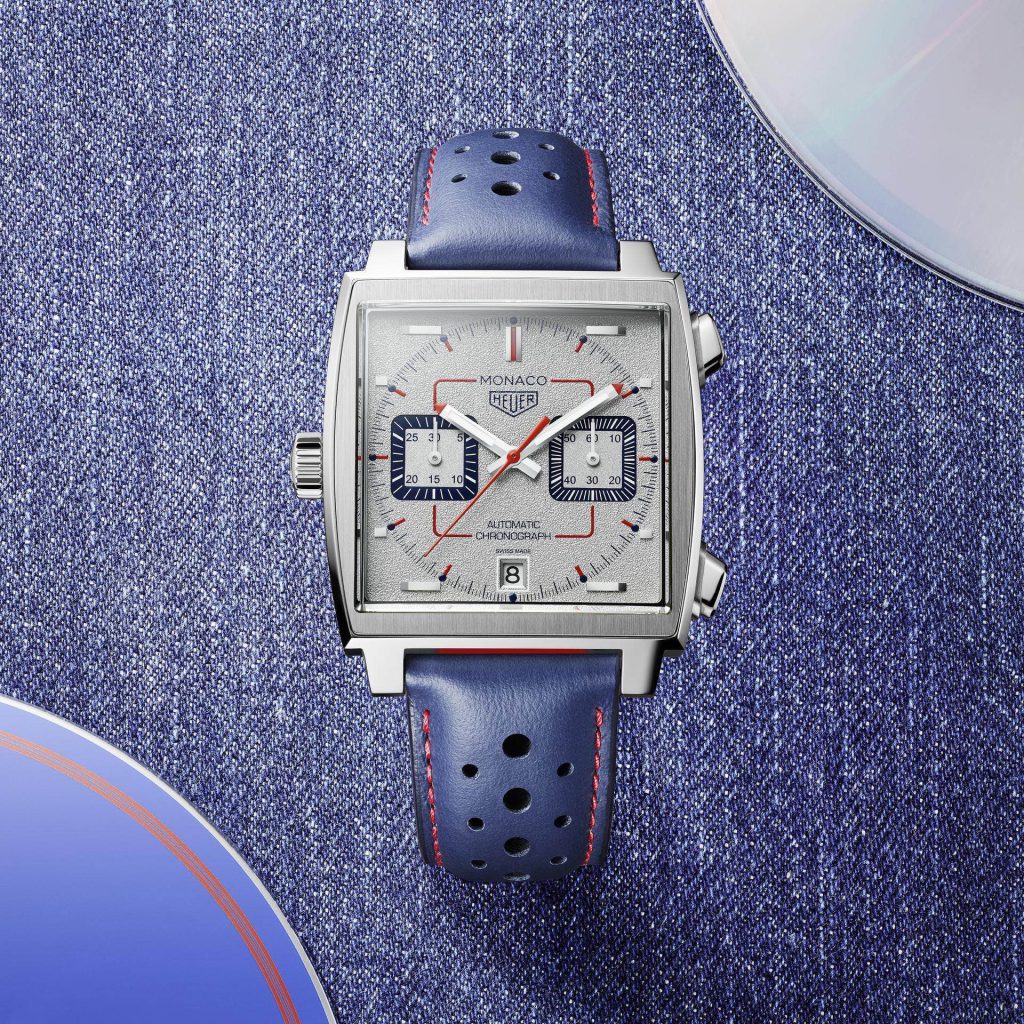 Just like the original Monaco, this watch’s pushers are located on the right-hand side of the case and the crown is on the left. This is one of the unconventional features that have distinguished the Monaco timepiece over the past half a century. The case back of the newest limited edition watch is engraved with the Tag Heuer logo as well as the words ‘1989-1999 Special Edition’ and ‘One of 169’.

The limited edition watch’s case is also home to the legendary Caliber 11, a modern version of the automatic-winding chronograph movement that debuted with the original Monaco watch in 1969.

The Monaco is legendary not only for its style and beauty. It was worn by actor Steve McQueen in the 1971 movie, Le Mans, and is also renowned for being the first automatic-winding chronograph movement in the world. 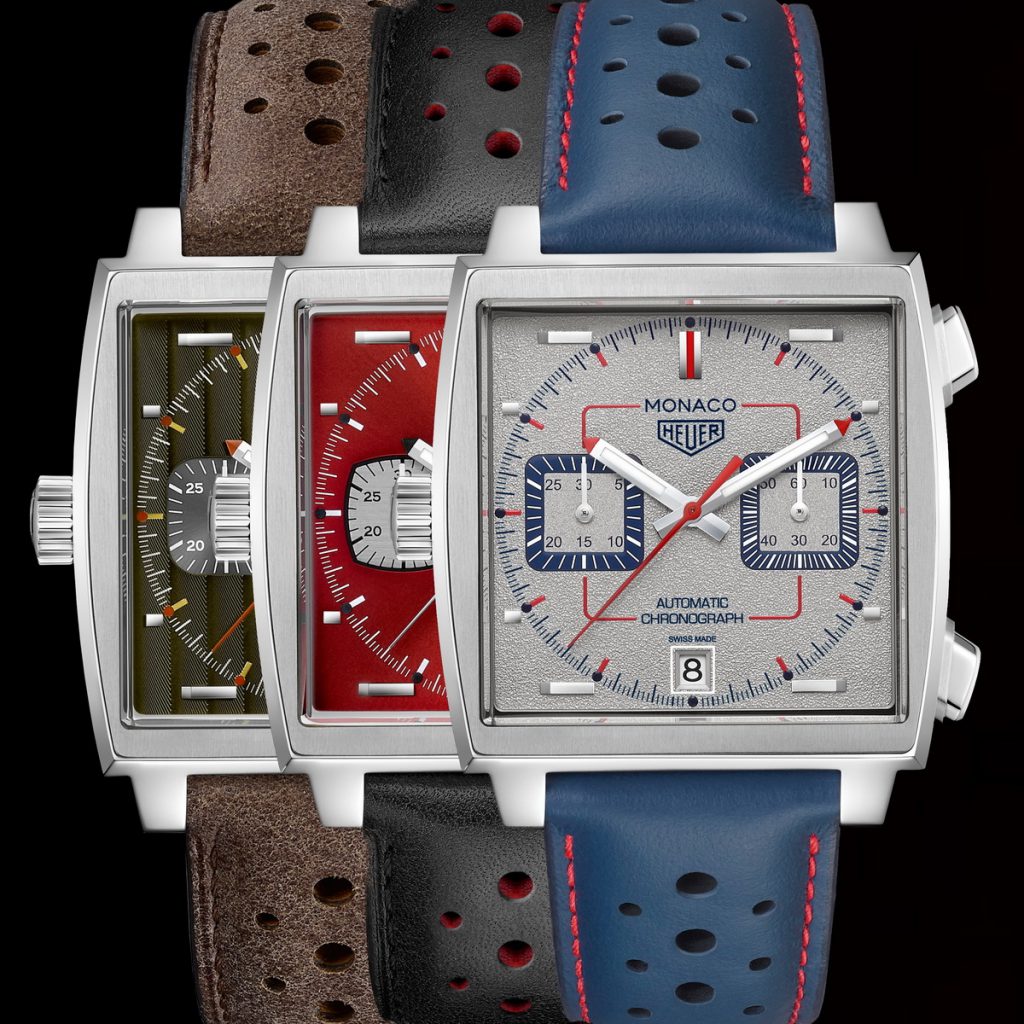 There are now three models of limited edition Monaco watches – this, the third, was revealed in July, whilst the first was unveiled at the Monaco Formula 1 Grand Prix in May and the second in June in Le Mans, France. With just two limited editions left, watch fans are waiting with baited breath.