Where Mickey Mouse lives in grandeur

For the rest of 2019, those with a sense of adventure can stay in a sublime suite at the grand Le Bristol hotel in Paris. Decorated by pop artist Bertand Lavier, the Paris Suite is a tribute to Walt Disney’s legendary mouse, Mickey. Baroque Travel takes a look 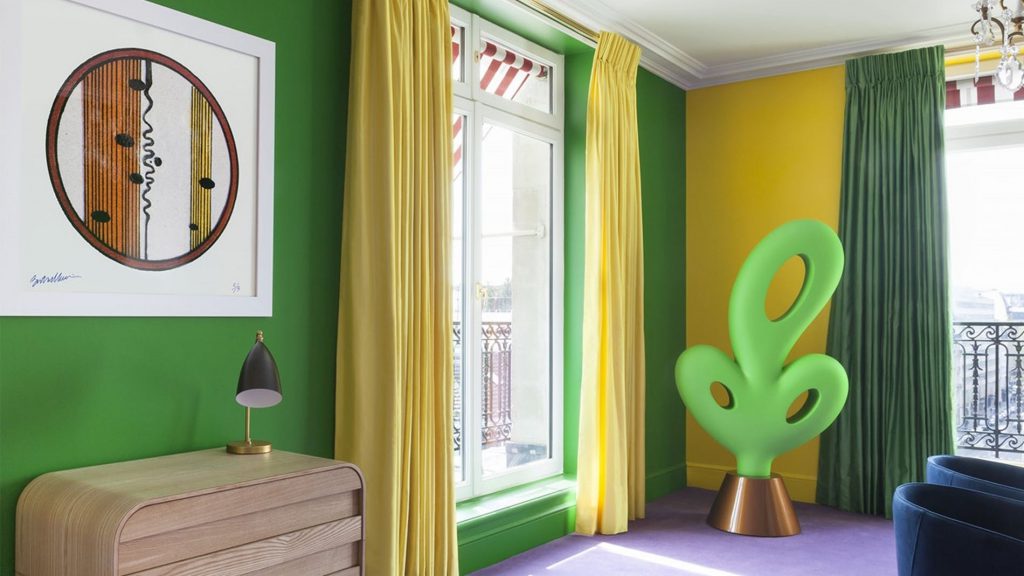 Located on the sixth story of this luxurious hotel, the Paris Suite is the only accommodation at Le Bristol that isn’t decorated in Louis XVI style. On the contrary. While you’ll still find all the perks of staying in this iconic Parisian hotel, like freshly made madeleines and chocolates to welcome you, the décor is – well – bright. The lounge is painted a vibrant mix of yellow and equally in-your-face green. The carpets are purple, the original artworks on the walls are all by French pop artist, Bertrand Lavier – it’s in complete contrast to anything you’d expect. And for good reason. 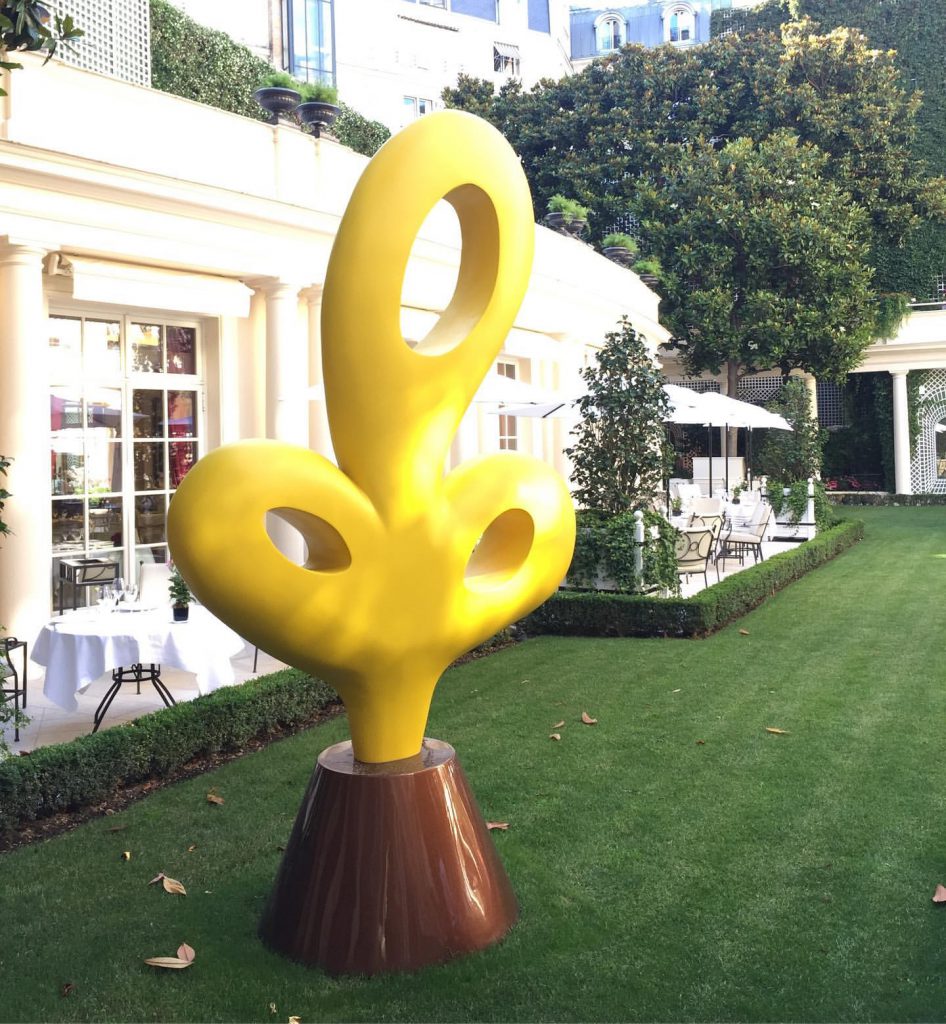 This is not the first time Le Bristol has collaborated with a noted artist to create a colorful temporary installation. In both 2016 and 2017 the hotel featured two internationally renowned artists, Daniel Buren and Ugo Rondinone, who had exhibitions in its tranquil French garden. 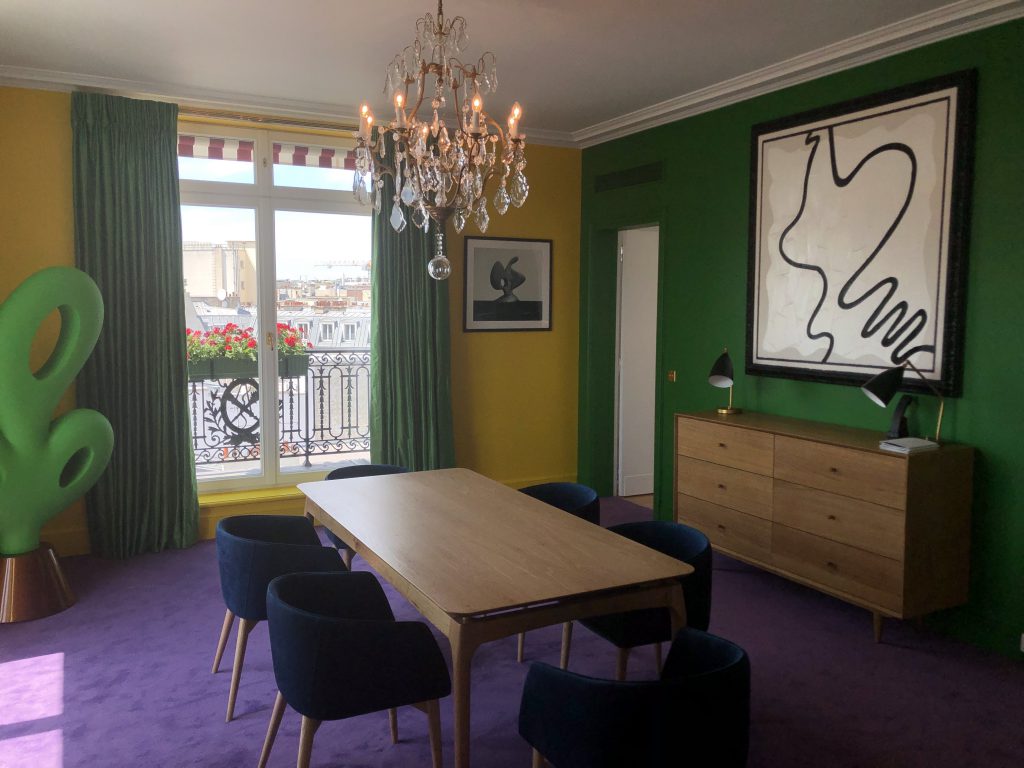 But this time it’s a little more adventurous, with Bertrand Lavier literally redesigning one of the hotel’s suites. His inspiration was a 1977 edition of the comic book, The Diary of Mickey, where both Mickey Mouse and Minnie explore a modern art gallery. Lavier actually began this Walt Disney Productions project in 1984, creating real versions of the pictures and sculptures the mice saw at the gallery, according to the comic strip. So, when he was given the opportunity to redesign Le Bristol’s Paris Suite, Lavier continued with his Disney project, creating an immersive work of art that people can actually stay in. 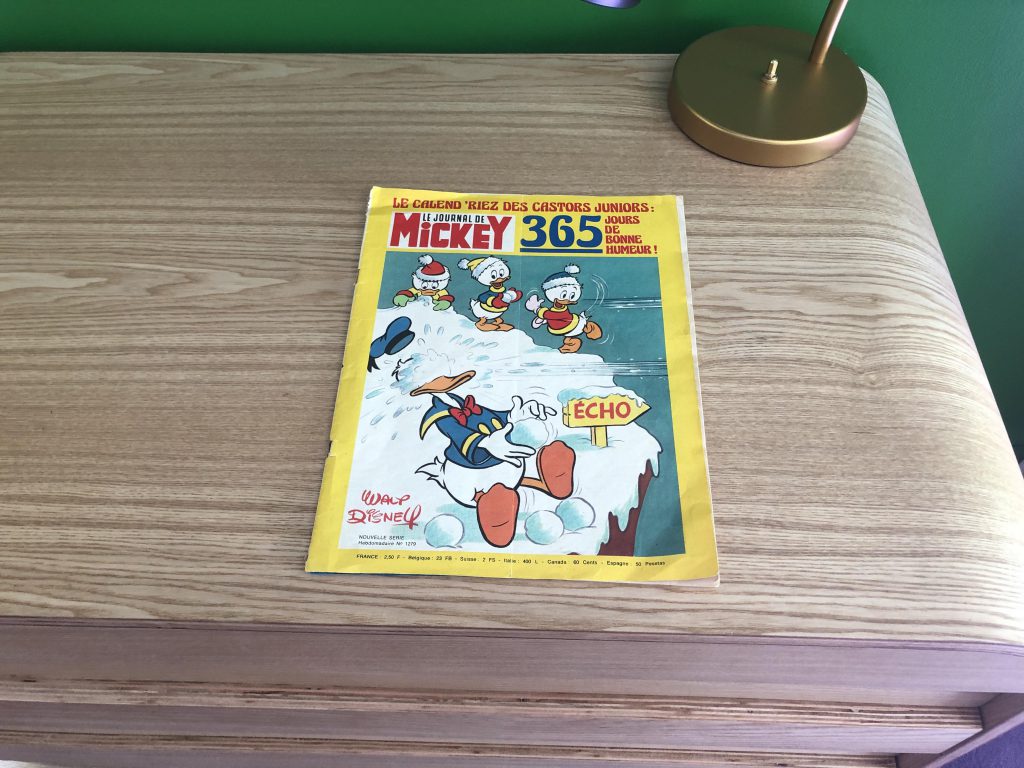 Staying in this work of art is certainly a bucket list experience, as is dining in the Suite at its dining-room table that overlooks the Eiffel Tower, a view which is apparently most spectacular at night. But there’s more to just dining and sleeping here. Original copies of the comic are left on a counter in the suite so that guests can compare the original drawings with what Lavier has created. And the creation extends into the hotel garden, where another three sculptures are located. 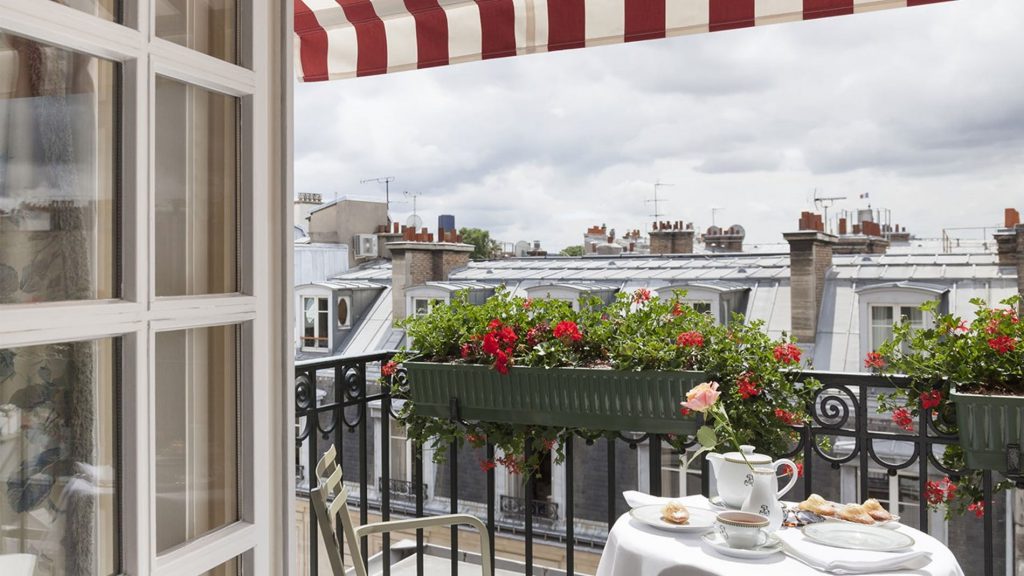 A second aspect of the hotel that’s just as inspiring as the art is its fine dining establishment, Epicture, a three-Michelin starred restaurant headed by chef Eric Frechon, who has been delighting customers for 20 years (the restaurant itself has boasted its 3 Michelin stars for a decade). Until the end of 2019, Epicure is offering diners a magnificent 9-course meal – and if you’re staying in the Paris Suite, you get to enjoy this divine menu with artist Bertrand Lavier, too, if you wish. 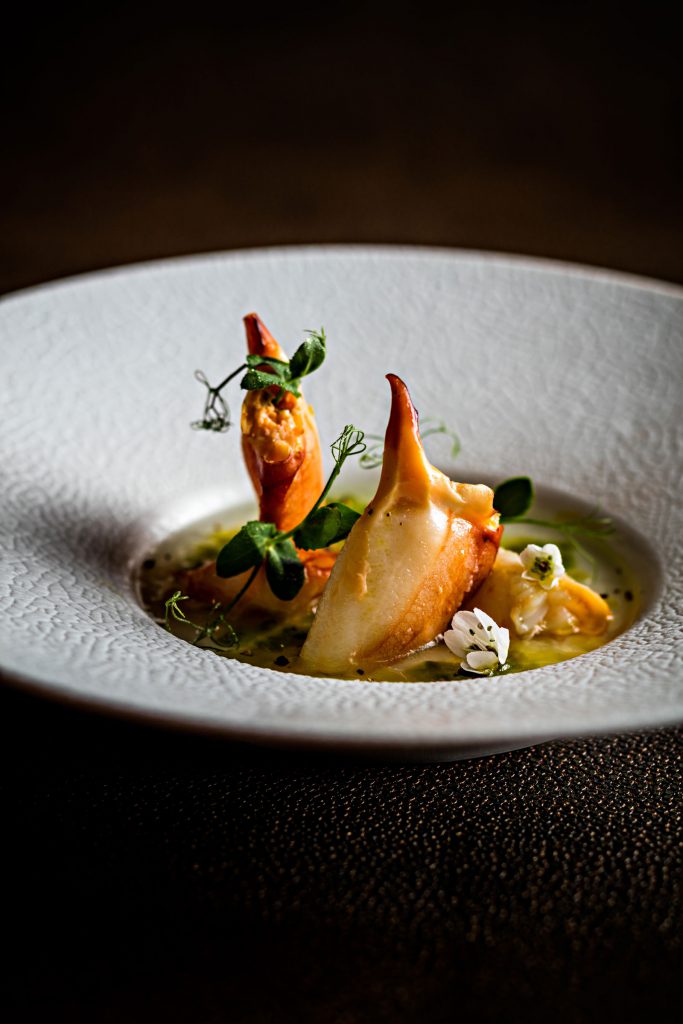 The price for a stay in the Paris Suite is approximately $12,144 per night. Two nights is the limit. And by the way – the works of art in the suite are for sale!