Magic and wonder are two very simple words that still fail to capture the hidden jewel that is the Félicité Island of Seychelles. Just east of Madagascar within the Indian Ocean, lies exotic white sand beaches, mysterious coves, crystal blue water, and lush tropical vegetation that capture any soul that descends upon this part of the world. Don’t be fooled. This luxurious archipelago holds a history of pirates and hidden treasure with a backdrop of black granite boulders, enchanting coral, and marine life that will transport travelers to another dimension. 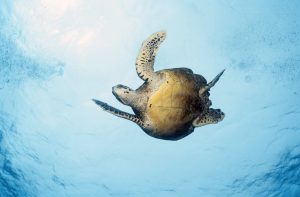 Dubbed as the Garden of Eden by the Major-General, Gordon of Khartoum, the unscathed beauty in this part of the world makes a solid case for possibly being the debated beginning of humanity. The Vallée de Mai Nature Preserve is one of the world’s smallest Unesco World Heritage sites and has been virtually untouched since the prehistoric era. Here the largest seed in the plant kingdom can be found along with holistic historical energy that remains bottled in the air from a time very long ago. This magical valley is the home to colorful geckos, oversized slugs, tree frogs, chameleons, insects, and snakes. When exploring this region, keep your eyes open for rare black parrots that build nests in the bowl of the island’s famous coco de mer tree. 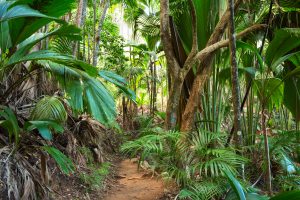 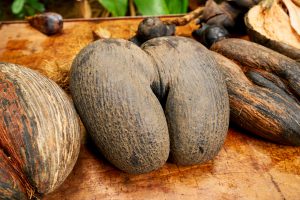 Mysterious winds that blew away from Seychelles provided magical protection for this region that remained unexplored for quite some time. Portuguese explorer, Vasco de Gama was the first explorer to make a definitive identification of the Seychelles Islands. When the route to the Indies began to flourish, the Seychelles archipelago grew in popularity as a trade destination, and this also drew pirates. It’s forged in this region’s legends that the infamous French pirate known as La Buse hid bountiful treasure in the Mahé Island. Pirate tombs and old doubloons were discovered in Fregate Island, and stories tell of a colossal treasure being hidden in the island by one of the many pirate lords that used the island as a private escape.

You Can Find it, I Promise!

The Félicité Island is part of the 115 islands in the archipelagos of Seychelles and is situated about 4 kilometers east of the La Digue Islands. The island is full of multifaceted adventure plains from mountain regions to stunning Félicité Island beaches. If you venture to this part of the world, be sure to partake in the locally grown fruits and vegetables that make up its local Creole cuisine. Be sure to find time for snorkeling, as this is one of the most spectacular snorkeling spots on the planet. 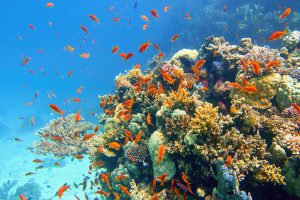 The sights, sounds, and tastes of this spectacular gem embedded in the Indian Ocean should be explored repeatedly. Nights filled with music and grilled freshly caught fish sprinkled with regional lime pepper sauce–surrounded by lavish tropical fruits such as mangoes, guavas, passion fruits, jackfruit, breadfruit, soursop, small bananas, melons, pineapples, and grapefruits create experiences that last a lifetime. It’s easy to get lost in a far way paradise that provokes dreams of another world, and doing so is always an unforgettable experience.

Abigail Baker is an author, freelance writer, editor, and communications consultant. As a firm believer that stories have the power to change the world, Abigail has written three books under the nom de plume, Tephra Miriam, for children, tweens, teens, and young adults.