The Legacy of Jaquet Droz’s Philosophy of the Unique

Jaquet-Droz’s legendary craftsmanship has captured the fleeting frame of the perception of time through the realm of astonishment, excellence, and has consistently renewed creativity for nearly three centuries. It’s interesting to pause and wonder if he foresaw the future as it is today, where time is ever materially proving to be our only non-renewable asset. In the world we live in today, any repetitive task can be automated, and therein lies it’s mundane nature. Art, creativity, design, and execution are the manifestation of the legacy of the individual that can never be replicated; however, its story should be told with its glory and complexity. There is no better way to share the legacy and remind the wearer of their inimitable timepiece of the power of now and the possibility of creation.

Pierre Jaquet-Droz was born in 1721 on a small farm (La Ferme de Sur le Pont) in La Chaux-de-Fonds, a Swiss city located in the Jura mountains at an altitude of 1,000 meters, just south of the French border. He was drawn to the precision mechanics of clock making by older relatives from the Brandt-di-Grieurin, Sandoz, and Robert families. As time progressed, Pierre’s passion for the art form grew, and his curiosity soared. Precision mechanics paired with individualistic expression became his lifelong pursuit. Sadly after his wife and daughter passed in 1755, the passion of artistic design alone consumed him for the rest of his days on earth. 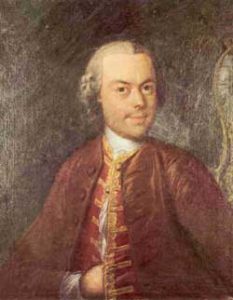 The now legendary Swiss watchmaking company, Jaquet-Droz, will design a custom piece upon invitation to do so, which is an absolute delight to have the chance to partner in the artisan process of Jaquet Droz’s original Philosophy of the Unique. Imagine harnessing the power of sculpted and engraved ornamentation while utilizing an ancestral technique to design a specific masterpiece that honors a particular verse of the wearer’s unique legacy.

The design of the Grande Seconde Skelete-One fervently embraces the legacy of Jacquet-Droz. Operating with 28,000 vibrations per second and detailed with 30 jewels, this piece combines the mastery of intricate mechanical design with centuries of painstakingly slow precious stone formation. The off-centered hours and minutes, large off-centered second dials will perform flawlessly for 68 hours, without manual interference.

The 3 bar water resistance allows the wearer to transition from the shower to their custom automobile arriving at their private yacht without concern for water damage. This piece would likely survive a 30-meter dive; however, it would probably best be comfortably stored waiting to be worn at dinner later in the day. The sapphire dial’s black ceramic hour circle indexes and dial fixing screws are secured in 18-karat red gold. Red gold, which contains 25% of the precious material copper is particularly significant in its symbolism. The mineral, which dates back over 10,000 years, is known to promote self-healing, optimism, happiness, and independence. It’s naturally known as a conductor and keeps society running in countless forms. Those who believe in the power of minerals, as Pierre Jacquet-Droz did, say that copper conducts spiritual energy between individuals, the precious fleeting, never-to-be-repeated humanity of the wearer. Enjoy.

Meet Alicia Dale! World traveler, adventurer, lover of food, and writer of nonfiction and business books. Find out more about, Alicia at www.ExploreDineTravel.com.