Autumn Getaways That Capture the Essence of Harvest Time

The fall months may have been taken over by pumpkin spice and oversized sweaters (no regrets, there), but this season was originally a celebration of harvest time. September through November have historically been months of preparing for winter by farmers taking in crops and stocking up on food for the cold months ahead. In many parts of the world, the harvest season is still a time to celebrate the hard work of summer and be thankful for, hopefully, the bounty produced by the tough agricultural work. Whether you live in a place where the leaves are changing or somewhere warm all year long, you can join in on the autumnal spirit by celebrating in these peak harvest areas.

The festival generally takes place over the span of two days, with its main feast occurring in a castle that has stood since Medieval times. If that isn’t good enough, attendees get the chance to sample the fresh oil along with regional wines, walnuts, chestnuts, cheeses, and truffles. Guests can also participate in horseback riding, workshops, art contests, as well as shop for antiques. As the celebratory days fade into chilly nights, the festivities continue with singing, dancing, and traditional storytelling. 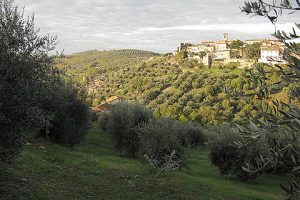 China’s moon festival dates back 3,000 years to the Shang dynasty as a celebration of gathering, giving thanks, and prayer. While the moon festival occurs during the fall and is now often combined with cultural harvest festivals throughout Asia, its purpose is based on the idea that it is the time of year when the moon appears its largest. In ancient Chinese culture, the moon represented rejuvenation and, therefore, a new beginning making this festival’s themes forgiveness and redemption.

Nowadays, the moon festival is usually celebrated outdoors with plenty of food, loved ones, and colorful paper lanterns that are released into the sky. Mooncakes, a dense, sweet cake, are a typical snack during this time because they are perfect for sharing and often given to members of the family by its elders to symbolize family unity. Many families have their own unique pattern with which they decorate their special moon cakes that then serve as a symbol of harmony and unity.

While the Sahara Desert may not evoke basic images of fall, it is home to the largest palm grove in Morocco, where over one million date palms are harvested in Erfoud’s oasis region each year. To celebrate the end of this grueling harvest season, a festival of traditional dance, music, and even fashion parades takes place. Traditional cuisine — all highlighting the date — is enjoyed throughout the festivities, and vendors compete to show off the greatest way to celebrate the flavors and history of the honored fruit.

During the festival, companies pop up tents to offer samples of their specialized dates and date products and, with over 100 different varieties of Moroccon dates, this is the perfect time to try them all. The importance of dates goes back centuries and is the traditional first item eaten upon breaking the fast during Ramadan, making this a can’t miss festival full of culture, tradition, and food. The best combination. 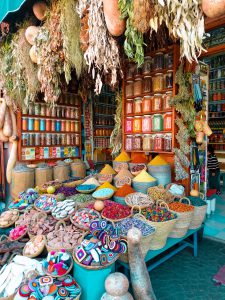 Bavaria speaks for itself the moment you mention one word: Oktoberfest. Beer, pretzels, loud music, the list of great Bavaria autumn components writes itself. This festival is now commonly celebrated all over the world but is best in the place where it all began, and participants can really enjoy not only the culture, but the energy in the air of this 200-year-old tradition. In 2013, over 7.7 million liters of beer were consumed during Munich’s Oktoberfest, which is meant to celebrate the region’s agriculture (although the first Oktoberfest was held to celebrate King Ludwig I marriage, the annual tradition has been reasoned as an agricultural celebration). As if Oktoberfest’s reputation isn’t enough, it officially begins with a 12-gun salute and the honorary tapping of the first keg by the Mayor of Munich to really start out this fest with a bang. 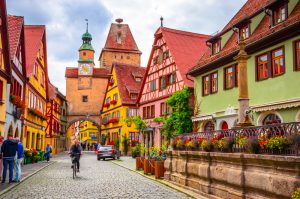 Food culture in so many parts of the world today is all about speed and efficiency, but let this harvest take you back to a time in which this season was spent reflecting and showing gratitude for having a bountiful table. Why not let this time of year slow you down by journeying to some truly magical harvest festivals around the world to see the world’s bounty first hand.

Wanna go? We can help! Baroque Travel has end-to-end travel solutions that will provide you with the best luxury travel experience of a lifetime. Call our travel consultants at +1-212-726-0711 or email us at info@baroquetravel.com.

Taylor Fox is a New York-based travel and food writer, specializing in the impact of food within culture.

Learn more about Taylor at TaylorPerezFox.wordpress.com.