Seeing new sights while moving about the world is an experience, unlike any other. We set out as one version of ourselves, and return another because of what we see, what we do, who we interact with, and what we learn. When we picture exploration in our minds these days, we may think of figures in history or outer space, yet exploration is alive, well, and ours for the taking. “Exploration is to dare, to reach for the unknown, to step outside our comfort zone. Exploration is to move forward–to do something different,” are the forever inspiring words spoken by Explorer and Adventure Activist Johan Ernst Nilson in his 2013 TEDxKiruna talk.

Nilson has traveled the globe for the past 25+ years, leads expeditions to the great beyond as a normal occurrence, and has put some serious face time in at the North and South Poles. When we sat down and chatted with Nilson about his expeditions, life’s work, and recent collaboration with iconic watchmaker and high jeweler Jacob Arabo (Jacob & Co.), he explained that adventure activism is a way of contributing to the world because it can be used as a catalyst to open people’s minds to new thoughts, experiences, and a new way of living. 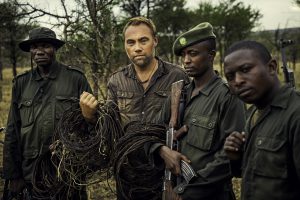 “My parents taught me at an early stage that you should do good.”

Nilson puts a unique twist of lime on what it means to do good. His high-profile expeditions garner worldwide attention, and this Guinness World Record holder is committed to giving back as was instilled in him from his childhood in Sweden. Nilson partners with companies to sponsor environmental campaigns worldwide and regularly commits portions of his expedition earnings to charities. His recent collaboration with long time friend and legendary watchmaker Jacob Arabo is another testament to Nilson’s mission-centric work. As someone who has always loved watches, Nilson’s statement, “The only thing that we cannot get back is lost time,” pays homage to the brilliant work of Jacob Arabo, and this truly stunning timepiece harnesses the tenacity of both exploration and innovation.

The Astronomia Tourbillon is a meeting of the world’s three Poles in one place. A rock gleaned by Nilson from Mount Everest is mounted in the center of the timepiece, and miniature capsules of water from the North and South Poles also lie near the heart of this watch and serve as a reminder of the environmental needs ignited by global warming. Nilson recalls having to swim between sheets of ice to get to the North Pole and noted that he is the last generation that will be able to ski there. “This watch is not only a masterpiece in terms of how it’s made, it’s also a conversation piece.” Purchase of the watch comes with a once in a lifetime helicopter expedition to Mount Everest that is hosted by Nilson personally, and travelers will be able to visit the site where the rock was found. 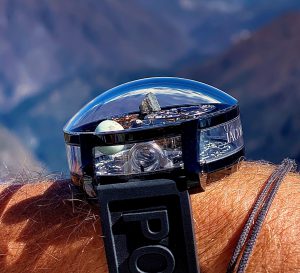 “We need to understand more.”

If you asked Nilson what he would do if he had a billion dollars, he would tell you that he would use it to fuel communication, information, and education efforts around the world to cultivate healing and understanding. His collaboration with Jacob & Co. and many of his other pursuits are already making this dream a reality, and his advice to those who wish to be explorers is be careful what you wish for because dreams require sacrifice. Make achievable goals, Nilson says, and along the way, it will hit you that sometimes our perspectives need to shift for the good of humankind. 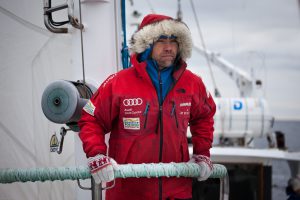 Abigail Baker is an author, freelance writer, editor, and communications consultant. As a firm believer that stories have the power to change the world, Abigail has written three books under the nom de plume, Tephra Miriam, for children, tweens, teens, and young adults.