3 Ways To Bring In The Year of the Metal Ox

As isolated as many of us were bringing in the new year― I know I spent New Year’s Eve in my Grandmother’s robe, may she rest, writing prose poetry (and with no fear of missing out on anything)― none of us are alone in hoping for a better year ahead. But when it comes to making New Year’s Resolutions― you know, that obscure concept that hasn’t been beaten like a very dead horse― it’s understandable if you’ve been too fatigued to even think about it. Crafting a declarative I-statement ending in a period, rather than an ellipse, semi-colon, or fifteen italicized exclamation points is a tall order, especially when most of January was occupied by another spike in surreality with the threat of a non-peaceful transfer of power amid politicians elbow-fiving on the U.S. Capitol, vaccine updates, and a towering and anything-but-inevitable death toll. If what might have been “start pilates!” for you most other Januaries is instead “take that daily walk;” if “get a promotion!” is just “pay rent;” and if “eat healthier” is “stay alive, and continue to try not to accidentally kill anyone,” don’t look to me for judgment.

Nothing we do in 2021 will offer us a “fresh start”- if anything, 2021 is and should be a year of grappling with the chaos of 2020 that was facilitated by realities previously unattended to. But, if you would like to consciously center yourself with that built-in sense of accountability that a new year offers (if for no other reason than because everyone thinks it does), the chaos of January hasn’t ruined your chance. After all, by way of the lunar calendar of one of the oldest and most enduring civilizations in recorded human history, the new year hasn’t even begun. Personally, I welcome the wisdom of, far from the latest political firework, something so seemingly permanent. It’s a fine place to begin. On February 12th, 2021, China and a number of other East-Asian cultures welcome The Year of the Metal Ox, the second in the most recent 12-year cycle of the Chinese Zodiac Astrology. And the symbolic implications for this year are worth noting.

Well, from a cultural standpoint, “white” couldn’t be further away from indicating cogency of perspective, but according to the Zodiac system, it’s one of our lucky colors this year, and it symbolizes clear-headed thought. What with the tumult and unpredictability of 2020, it’s been hard― but perhaps more possible? And inordinately rewarding?― to recognize who we are. That means noticing what is operating in you on a profound level, watching it rise to the surface and make itself known, saying hello, examining it. And if it aligns with who you wish to be in the world, embrace it. As we reestablish our bearings in The Year of the Metal Ox, as chaotic as it has been, it’s also a perfect time to allow the uncertainty, fog, trauma― and every other reason we have to feel confused, exhausted, scattered, and exasperated― to help us stake a claim about who we wish to be in the world. 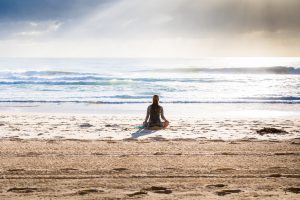 According to Chinese legend, the rat hitched a ride on the back of the strong, hardworking, and trusting Ox in order to claim victory in a race at the last second at the Ox’s expense. The rat is known for being deceitful, exploitative, and achieving victory on a pile of lies. And we happen to have just concluded The Year of the Metal Rat. Echem.

As we enter The Year of the Metal Ox, a year which, according to Astrology, will reward the strongest attributes of the ox― traits like work ethic, honesty, and follow-through― you are invited to release yourself from the self-aggrandizing, convoluted, manipulative energies that ran rampant in the “free world” and ground yourself in that voice in your head that tells you right from wrong. Integrity is an individual endeavor, as much the culmination of countless moments as any grad decision, but by holding true to the values that have, for many of us, arisen more clearly than ever in the past year, we’ll know when we’ve acted with it. And we know that it is priceless. When faced with an opportunity, or even when seeking one out, ask yourself, What Wouldn’t 45 Do? Identify the rat in yourself and make the conscious choice, as often as you can, to be the ox. 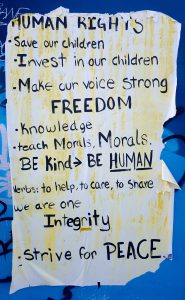 Ground Yourself With Simplicity

While the Chinese Zodiac system has 12 beings― from critters like rats to the towering prowess of a dragon― many of our daily lives are so contained to the four walls of an apartment that we’re grateful just to see a man walk his dog at the park. Personally, I prefer watching a random seagull chew Wonderbread at the beach, but I can’t deny that seeing that guy at the lakefront feed fifteen raccoons was a welcomed summer treat. So as we head into 2021, how can we embrace that The Year of the Metal Ox is both an earth sign and element? Well, we’ve been metabolizing a reconnection of entertainment for almost a year now. We may want a swimming pool, a skating rink, a mall, a party, a crowd, a concert, a congregation. But our back yards, fire pits, local parks, lakefronts, and nature preserves, when viewed as sincere destinations in their own right, offer us a unique space within which to connect over quieter and simpler activities with ourselves and a small selection of playmates― and that, even at a distance, there is room for closeness here.

Speaking of which, many who had considered themselves “ambiverts” have recognized just how much of their energy comes from people, or, on the other hand, just how content they are to be alone, and somewhere in the middle of these polarities, all of us are recontextualizing our relationships. The ox, a creature of stability and integrity, 2021 is an invitation to embrace the information we had no choice but to gather last year, and focus on building relationships based on self-possession, honesty, and mutual respect. 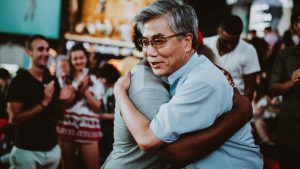 From individuals in studio apartments to world leaders facing the prospect of amending intercontinental relations, this year is begging us to take the unsolicited opportunity to reflect― on ephemerality, vulnerability, resilience, interdependence, and what we want and need to give and get as we tentatively conceive of opening back up our lives― so that we may grab 2021 by the ox balls.