The City of Canals’ first luxury department store will open shortly in the exquisitely rejuvenated Fondaco Dei Tedeschi, one of Venice’s most famous buildings, originally built in the 13th Century. Baroque Travel finds out all about it 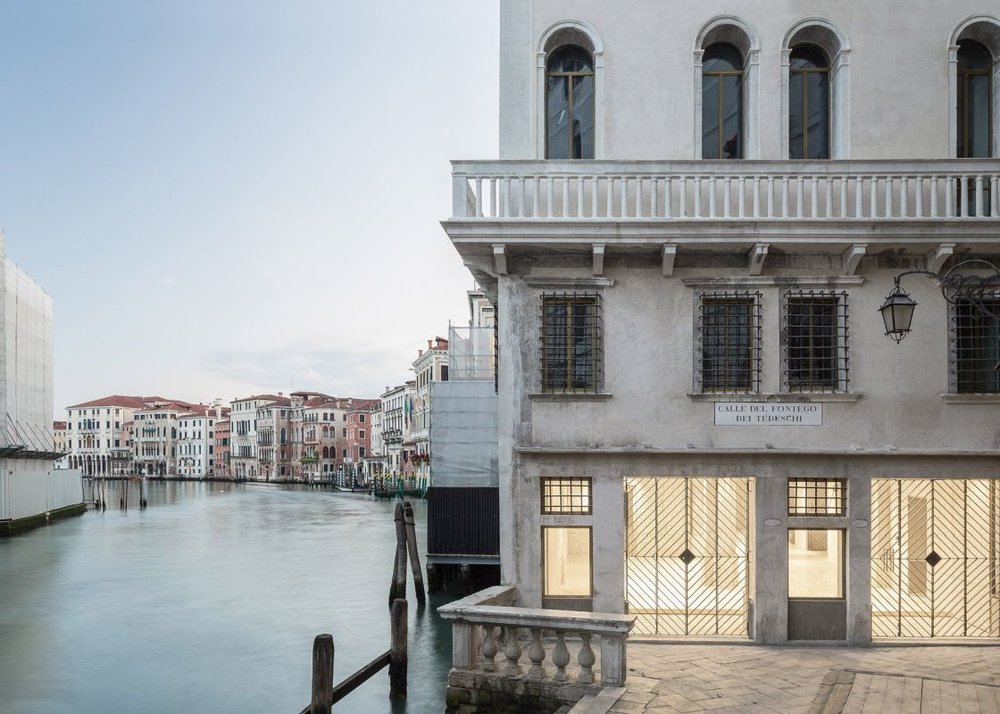 Located at the foot of the famous Rialto Bridge on Venice’s legendary Grand Canal, the Fondaco Dei Tedeschi is going to be used for the same reason it was built, as a commercial trading center. In fact, when it was originally built in 1228, this majestic Renaissance palazzo thrived, as it was responsible for half of the revenue earned in the city at that time. Under Napeoleon, the Fondaco became a customs house, and then, when Mussolini ruled, it was used as a post office. After a fire gutted the building in 1505, it was restored to its former glory, but remained unused for centuries. 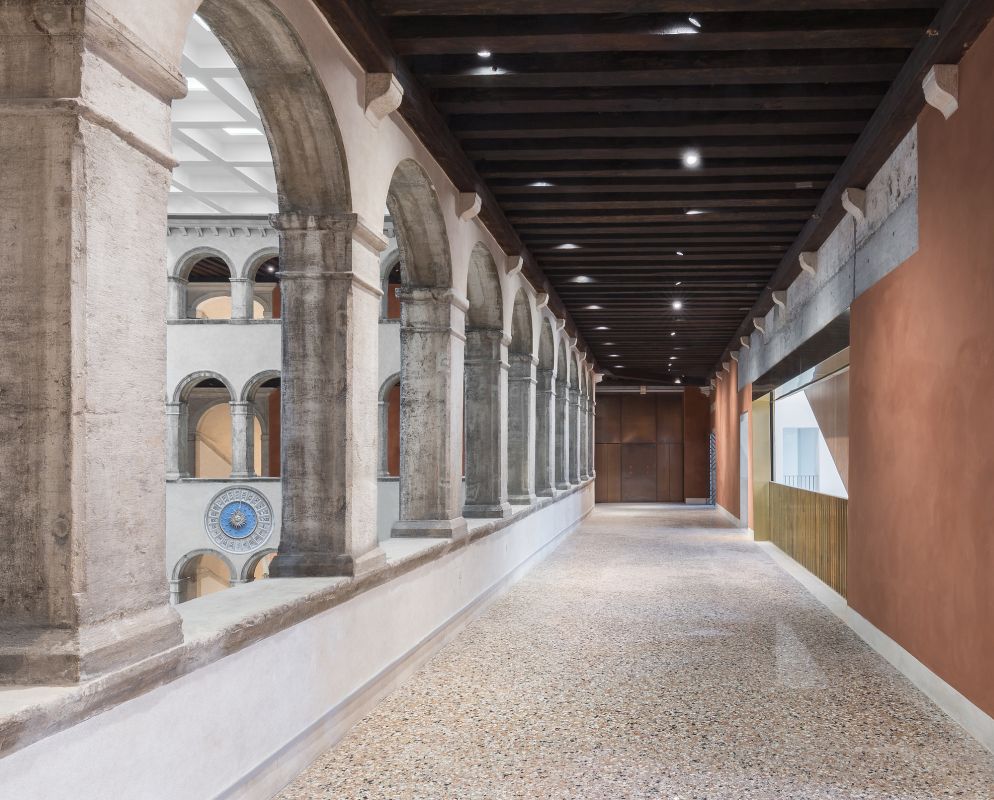 The building, which is currently owned by the Benetton family and has been since 2008, remained dormant for centuries. Three years ago, DFS, a luxury travel business owned by no other than Moët Hennessy Louis Vuitton (LVMH), managed to get a lease to use the space. And now, in October, it opens with a new name, Galleria T. Fondaco dei Tedeschi, a high end lifestyle department store. The building has been completely refurbished and revived by the architectural firm OMA, with interiors created by Jamie Fobert, the designer famous for the spaces he created for Selfridges and Versace. 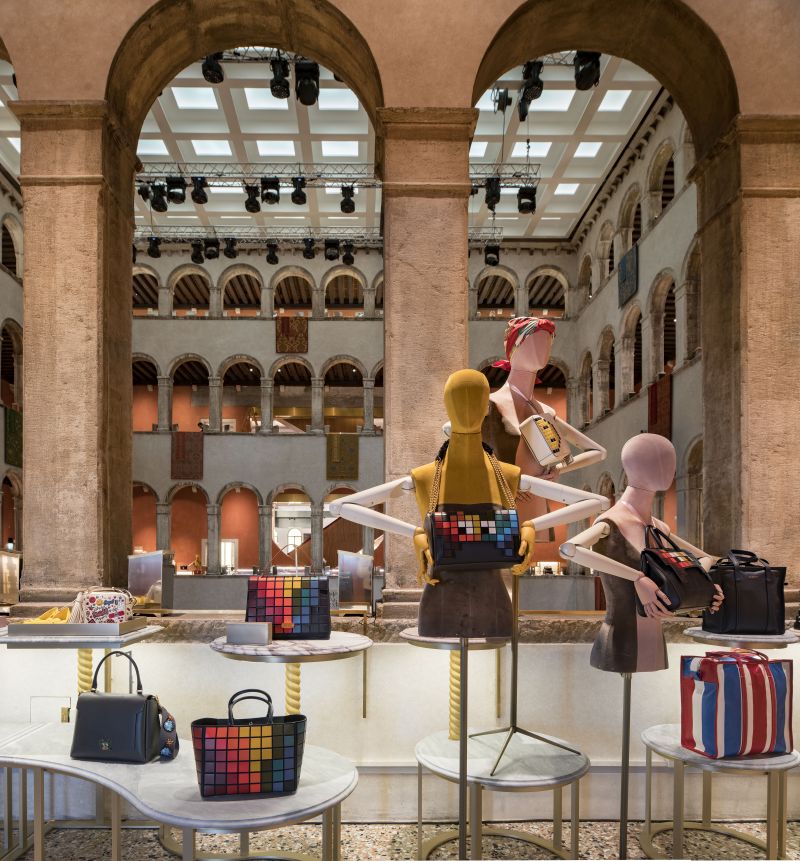 The new ‘mall’ is the first of its kind in Venice, where potential shoppers can enjoy a proper shopping experience. The rest of the city, with its tiny alleyways lined with little stores, is no match compared to the likes of Rome, Milan and Florence, not to mention the best on offer in London, New York and Paris. And though the purists are worried that it will change the city’s old world personality, its design should put their concerns to rest. 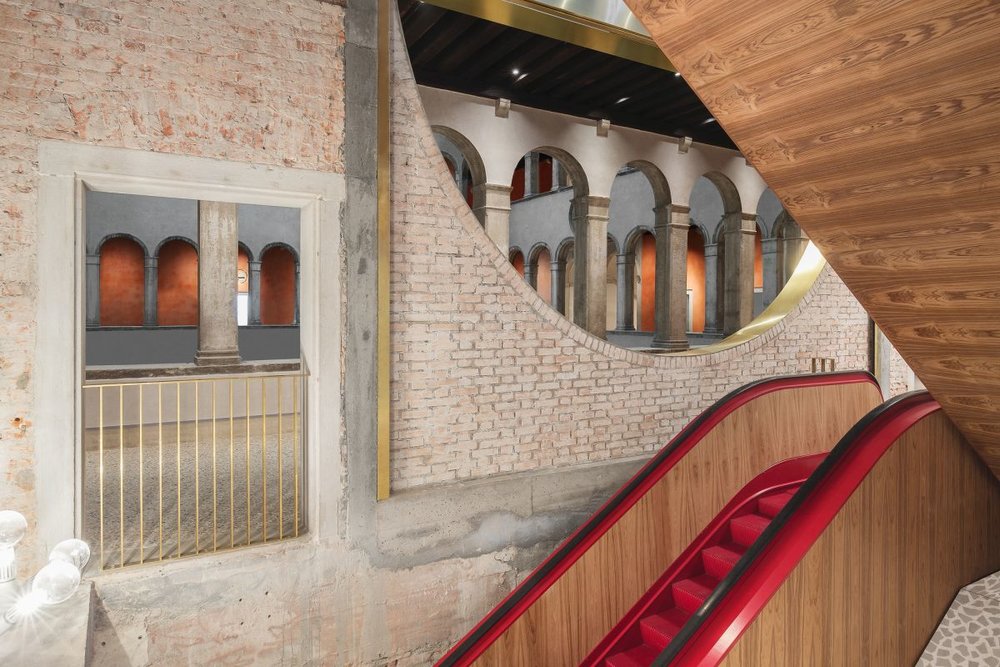 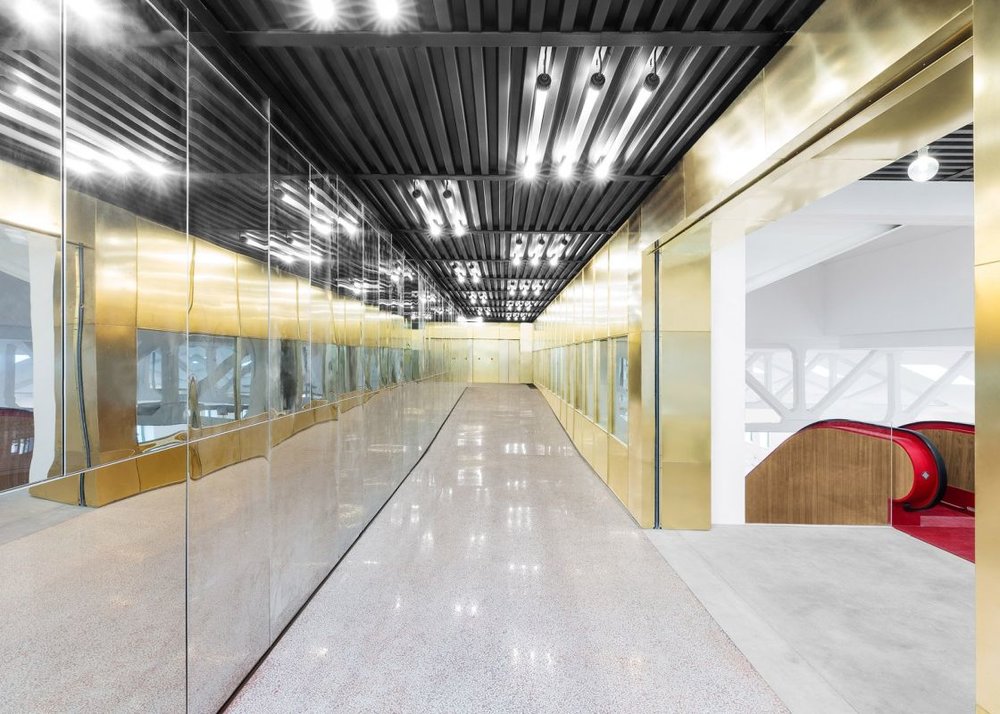 The historic building has not been transformed into a modern edifice, especially from the outside. In face, the redesign of the four-story Fondaco, is a perfect balance of old and new. One will still find old brick walls, the original archways, classic terrazzo floors and even untouched rooms. The store spaces themselves, whilst contemporary, are minimal with matt gold displays. The floor housing womens’ shoes, boasts some impressive solid marble tables that look like they’ve been there for centuries.

So what will one find here? There are more than 300 designer brands on display, such as Fendi, Armani, Gucci, Valentino and Max Mara. You’ll also find the Chanel watches, Loewe handbags, Burberry and Saint Laurent. Most of the products on offer are accessories and beauty collections, although there is a limited amount of ready to wear. 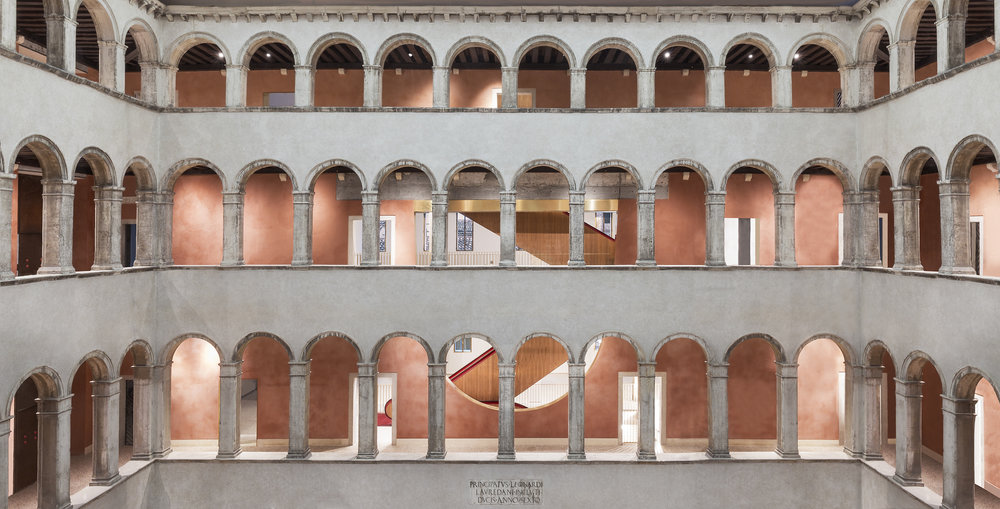 This new shopper’s paradise will also offer some excellent food in its restaurant created by one of the city’s best chefs, Massimiliano Alajmo, whose restaurant Le Calandre boasts three Michelin stars. The offerings are a lovely little café and patisserie and a restaurant offering lunch and dinner in the center of the ground floor.

A highlight of the building is its top floor, which has been converted into a terrace and event area. Various cultural programs and art exhibitions will be held there.

A date for the opening of this magnificent department store is yet to be announced. In the meantime, you can take a look at the exquisite interior photographs shown here.