The magnificent Blancpain Villeret Quantième Complet GMT will be wowing the crowds at Baselworld 2018 towards the end of March. Baroque Access finds out all about this exceptional new timepiece which will debut at the show 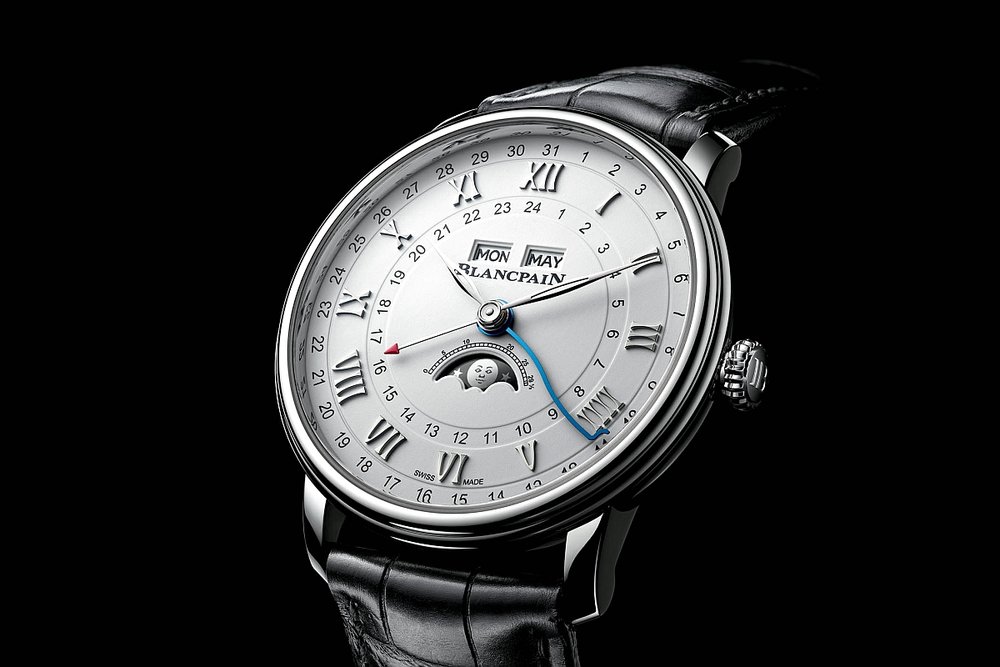 Historic Swiss watchmaker Blancpain originally debuted its iconic calendar GMT complication in 2002, which became one of the brand’s best sellers. Now, 16 years later, the watchmaker is reinterpreting this practical complication, bringing it back to life in the form of the brand new Villeret Quantième Complet GMT.

Adding the GMT function in the latest model elevates this exceptional timepiece to a high complication. This makes the watch an ideal travel companion, as the calendar indications are linked to the local time display that is shown on the principal hands. Home time is shown with a red tipped hand. 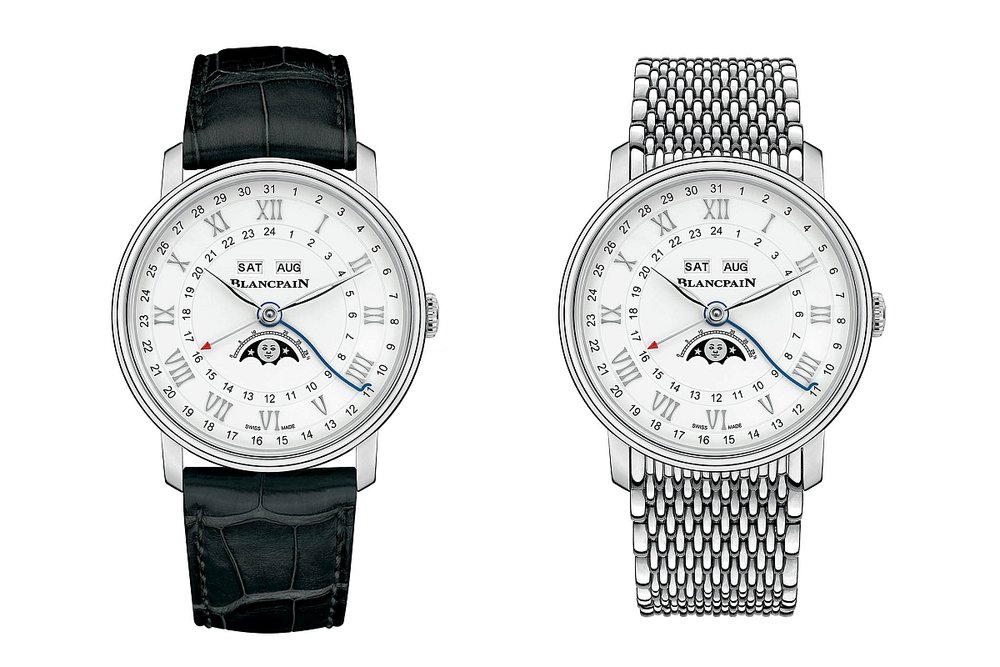 Introducing this combination of complications into the Villeret Collection brings along innovations that were developed after the original version of the Quantième Complet GMT was launched. The in-house movement now features a silicium balance spring with its superior anti-magnetic and timing precision properties. 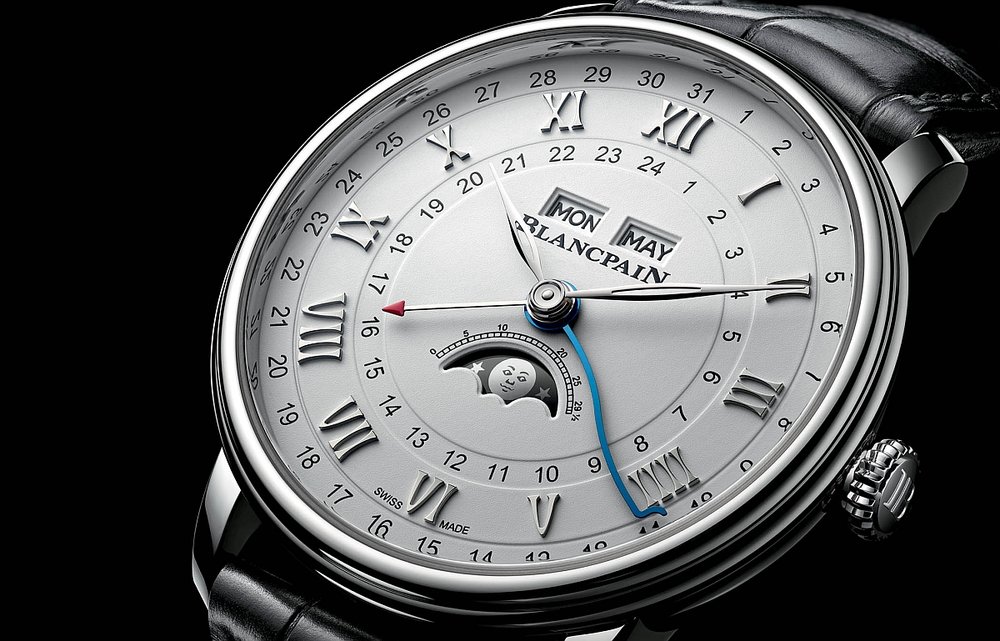 One can set the calendar and moon phase indications with a fingertip, instead of the standard tool; this has been made possible with the exclusive under-lug correctors. An added benefit is that the hidden correctors enable completely smooth case flanks unmarred by corrector dimples, something that is common in the watch world. Rapid adjustment of local time in one-hour increments is achieved via the crown. 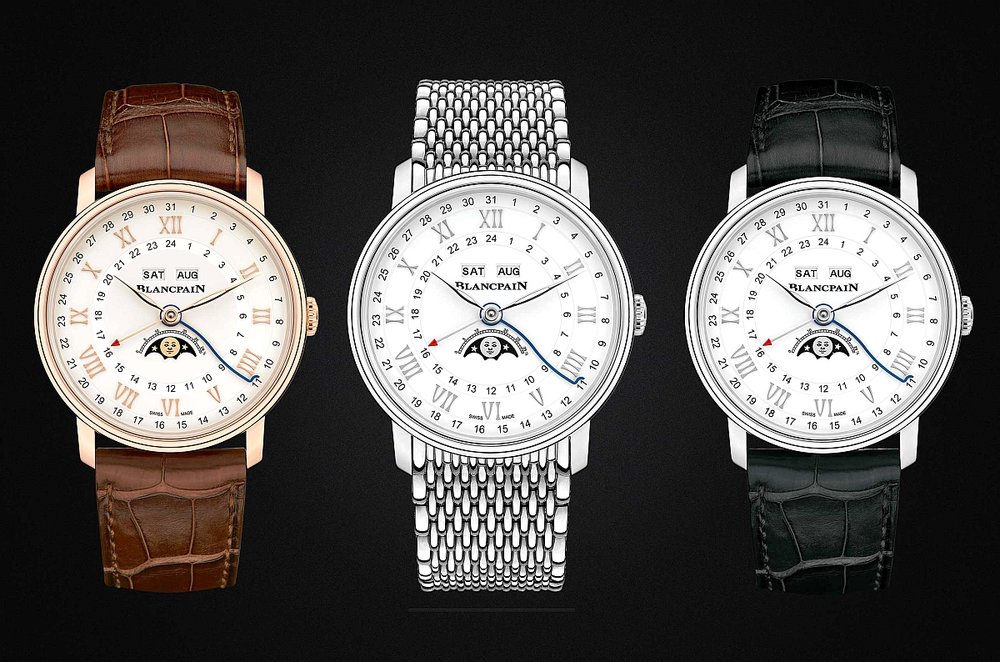 The new Quantième Complet GMT comes in two versions – either red gold with an opaline dial and applied red gold Roman indexes; or in stainless steel with a white dial and white gold applied Roman indexes. Both timepieces feature 40mm diameter cases with the traditional Villeret double stepped bezel. Alligator straps or metal bracelets are available for each.

Ideal for frequent travellers, as the timepieces are equipped with a 24-hour MT hand that tracks a second time zone, the watches are also water resistant to 30 meters. Look out for these magnificent timepieces when they make their debut between 22 and 27 March 2018 at Baselworld.