To prove that blasting a watch into outer space wasn’t enough, Swiss watchmakers MB&F has created a new limited edition timepiece, the HM7 Aquapod, that outshines its predecessors. Baroque Access has all the details 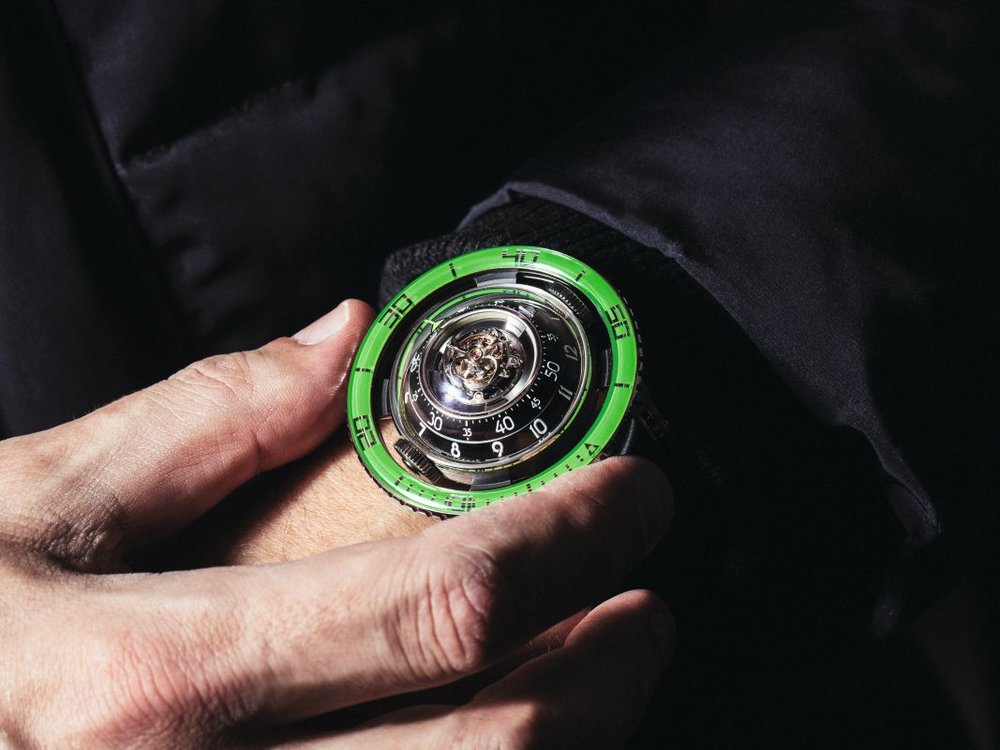 MB&F produces quite unique timepieces. Ones that blast into outer space (we’re talking about their HM2, HM3 and HM6 timepieces), another that launches into the sky (that would be the HM4) and yet others that power around the track or down the road, such as the HM5, HMX and HM8. Now the avant-garde brand is ready to take on another adventure, plunging into the water with its latest limited edition timepiece, the HM7 Aquapod. 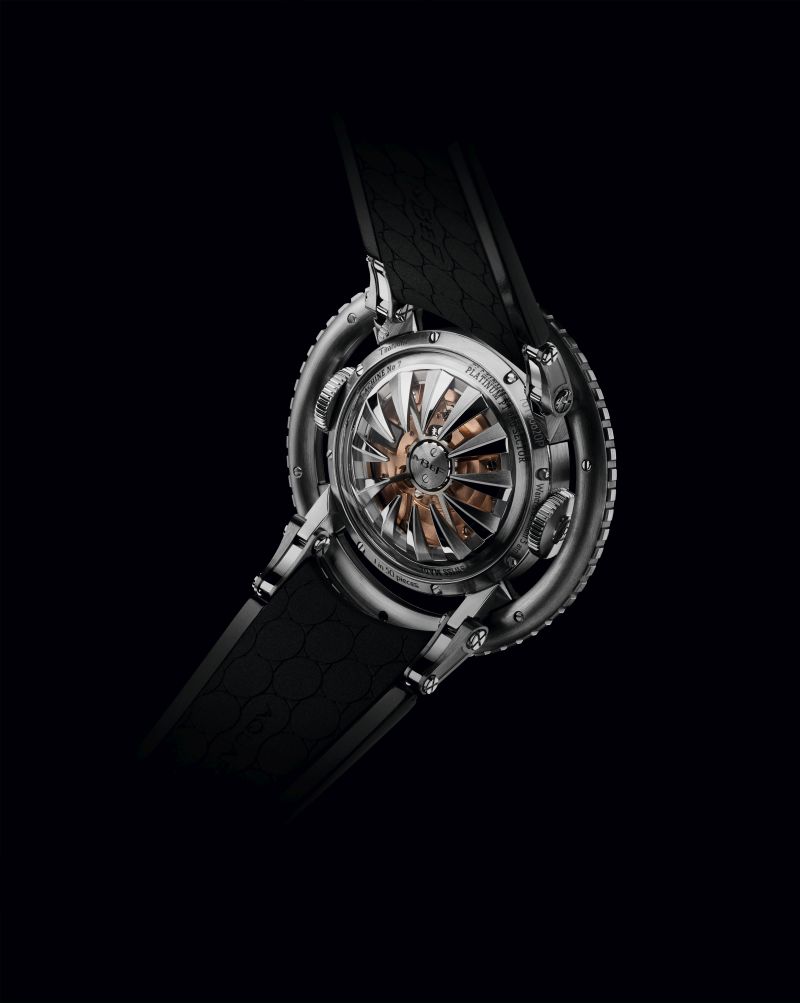 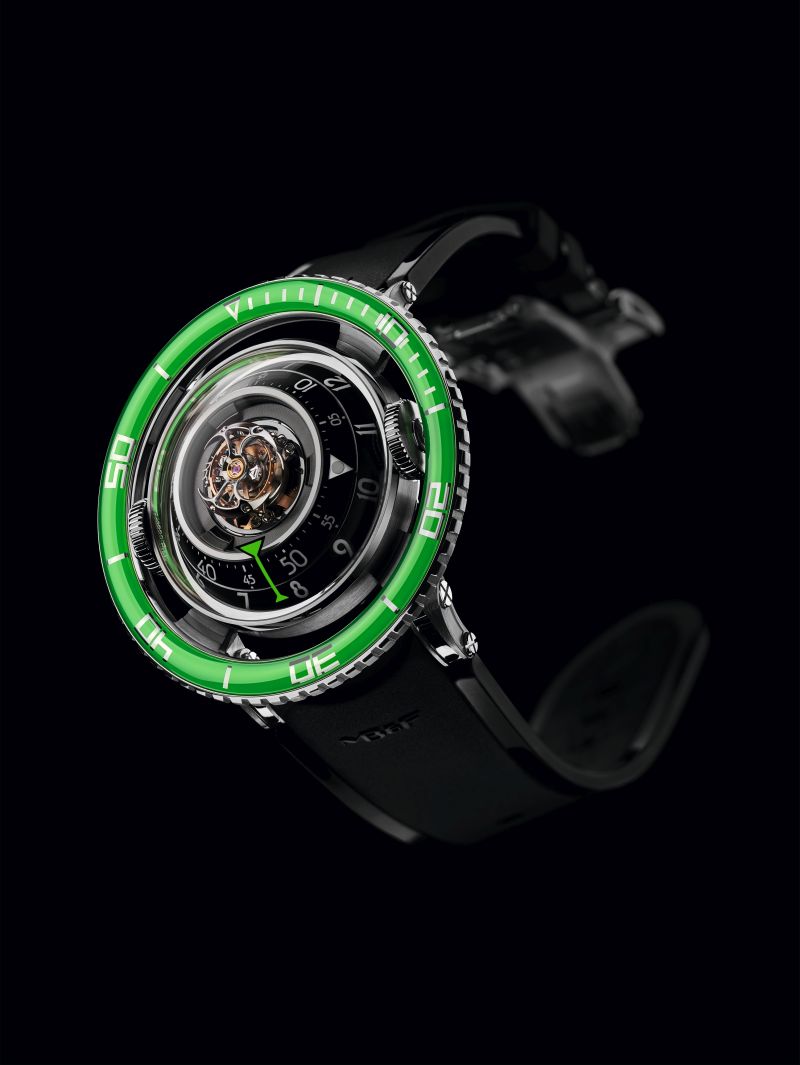 The watch’s organic design, which is inspired by a jellyfish, is just the tip of the iceberg. The mechanical pieces within it are another story entirely – there’s a 60 second flying tourbillon that is the top of the concentric vertical movement, and there are indications radiating out from the center like ripples in a pond. Of course, further inspired by the jellyfish, which glows in the dark, the HM7 shines bright green on its hour and minute numerals, as well as around the inside of the movement and along the winding rotor that resembles a tentacle.

There are 303 different components that make up this exceptional timepiece as well as a 72-hour power reserve. The HM7 Engine, which is its ‘real’ name, was developed in-house by MB&F designers. It is spherically three-dimensional and all of its mechanisms (we’re talking everything from the winding rotor at the bottom to the flying tourbillon at the top) rotate concentrically around the center. In addition, the high-domed sapphire crystal’s curves are mirrored in the shape of the time display rings. 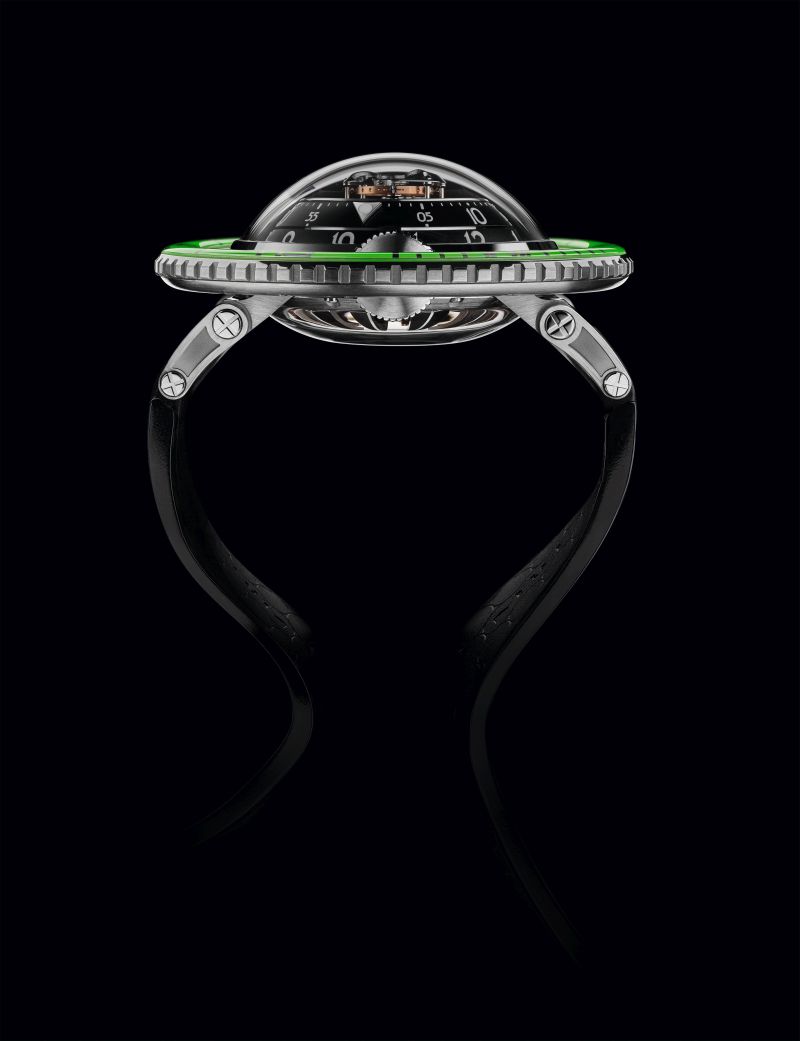 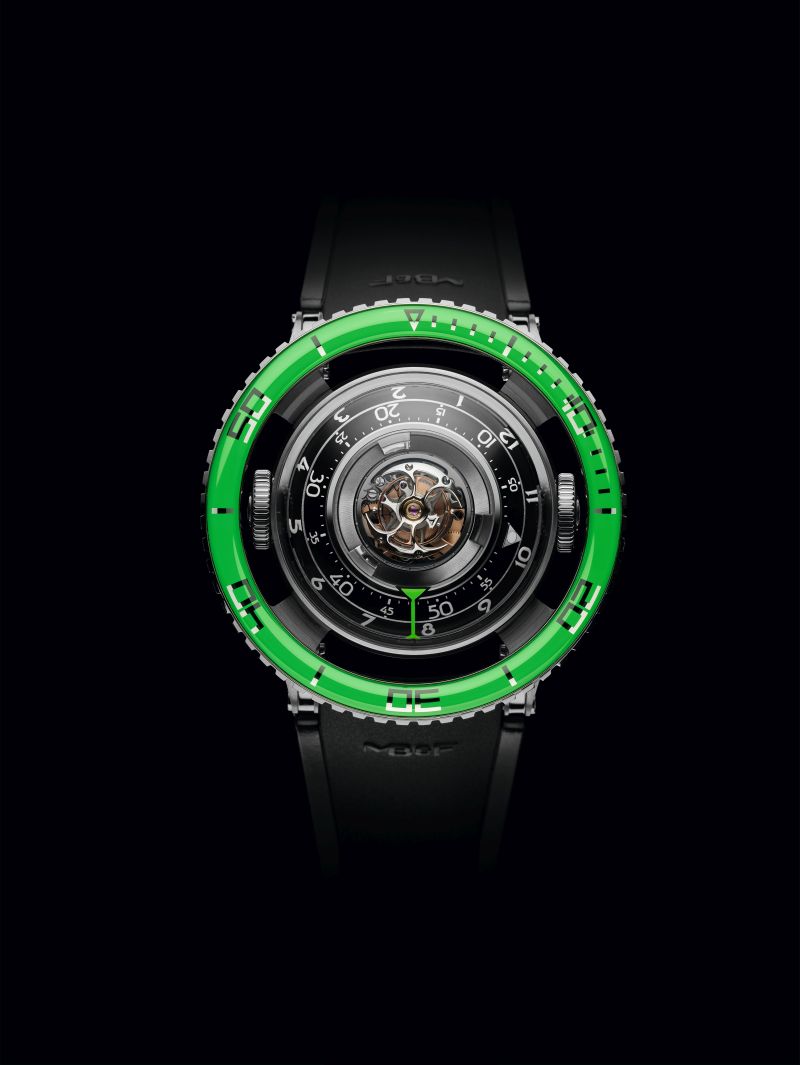 This particular iteration, which will cost $108,000, is limited to just 50 pieces. It measures 53.8mm and its case is made from machined Grade 5 titanium. Of course, the bright green sapphire bezel is the highlight, and when it shines in the dark, you’re in for a surprise!

Interestingly enough, the HM7 took so long to be created that it was surpassed by the HM8, which was developed in the interim and came out first. This version of a dive watch was introduced in January 2017 at SIHH 2017. Although the HM7 is similar to the HM8, there are obvious differences, especially the striking green bezel and matching indicator on the heavily domed sapphire crystal.