This July, Manolo Blahnik opened his first men’s store in London’s Burlington Arcade. Baroque Access has all the details. 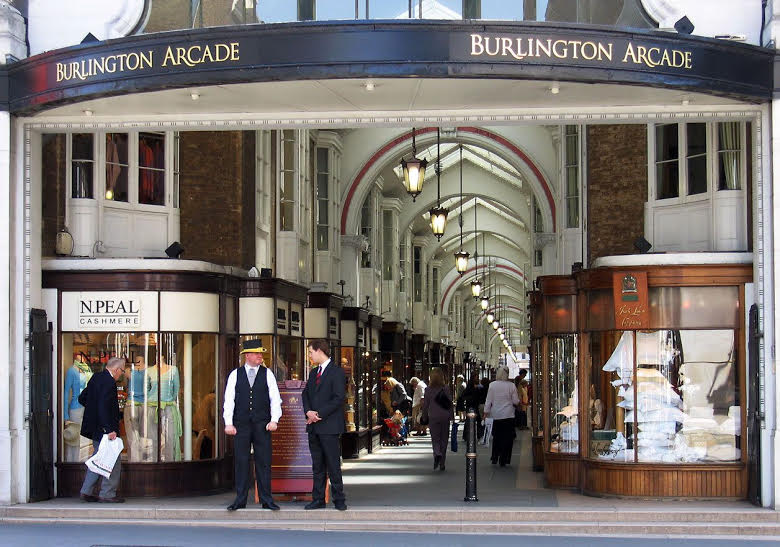 When fashion footwear designer Manolo Blahnik opens a store, the opening is always an occasion. But the new store that he opened in July is different from the rest – this is his first ever men’s store. Guests at the Mayfair arcade store included other luxury retailers as well as media, industry investors and stylists. Burlington Arcade was closed off for the evening, adding an even more exclusive air, and it was lined with flower carts featuring the designer’s men’s footwear. 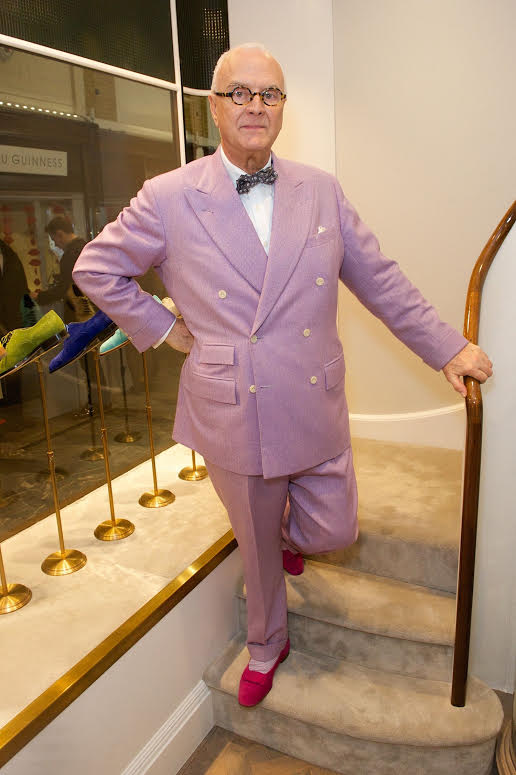 Blahnik was photographed with his niece, Kristina Blahnik, the company’s CEO, who attended with her mother Evangeline (Manolo’s sister), an architect of the enjoyed oysters washed down with champagne and Pimm’s. Later, the master creator showed them around the tiny store, an original and reproduction Edwardian masterpiece with mahogany wall panels and shelves and a rug created by Blahnik. 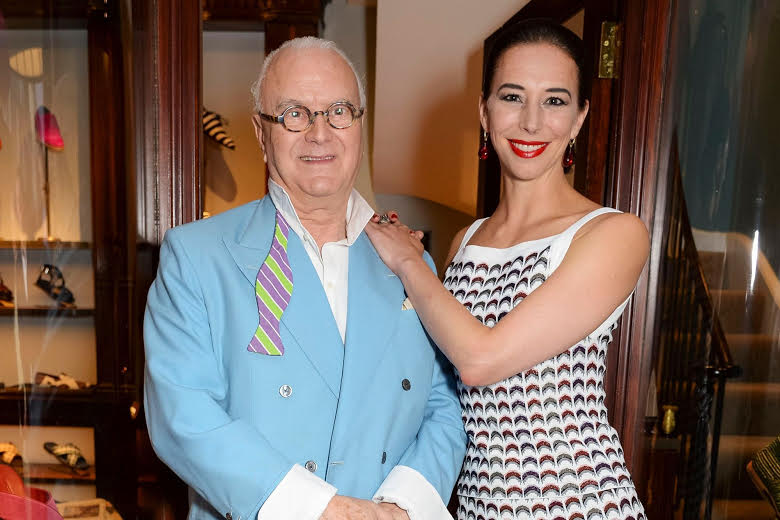 The first Manolo Blahnik store in Burlington Arcade opened in 2016, offering both men’s and women’s shoes as well as a collection of handbags and some limited edition designs. The new men’s store is located right next door, at number 34 Burlington Arcade. Blahnik, 75, also opened a new store in Geneva earlier this year, and before we see the end of 2018, he will take a dedicated space at Selfridge’s in London. 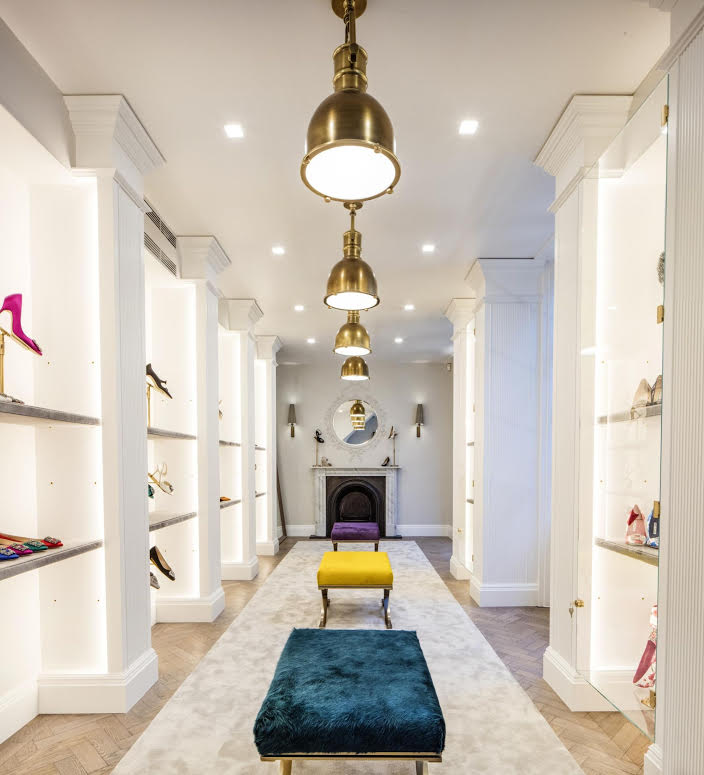 According to Blahnik, men’s shoes take longer to make than women’s, and don’t sell as well. For summer, his new creations include exquisitely lined, hand-stitched basket-weave brogues, raffia masterpieces and linen espadrilles. Popular Blahnik men’s footwear includes a Moccasin-style loafer, a single-laced, Sixties-inspired derby he calls the Rory, a luxury sneaker (the Entrendaor) and numerous other styles, all handmade in Italy. Famous clients who have worn his men’s range over the years include Mick Jagger, David Hockney and Bryan Ferry. 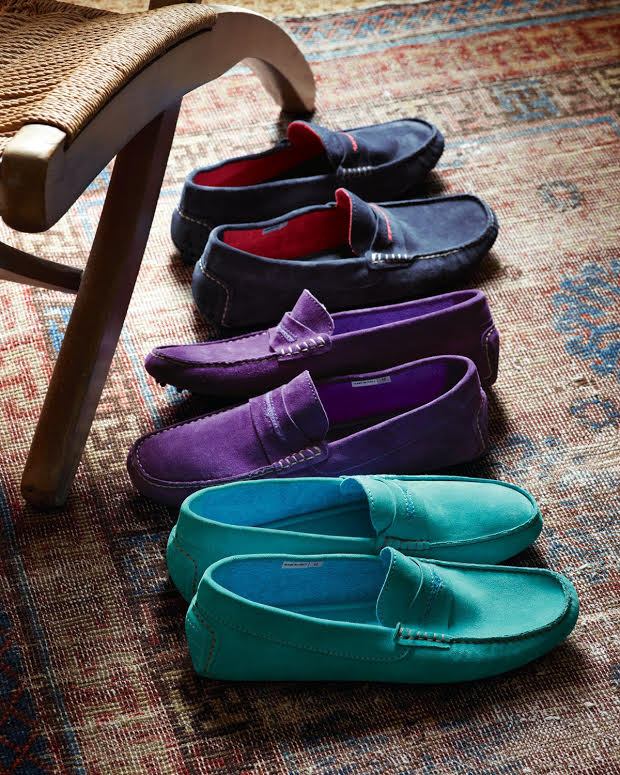 Manolo Blahnik is known for having a sixth sense when it comes to the fit and feel of a shoe. Finally, men are able to indulge themselves in shoes that epitomize his artistic flair and sense of style. Bravo! 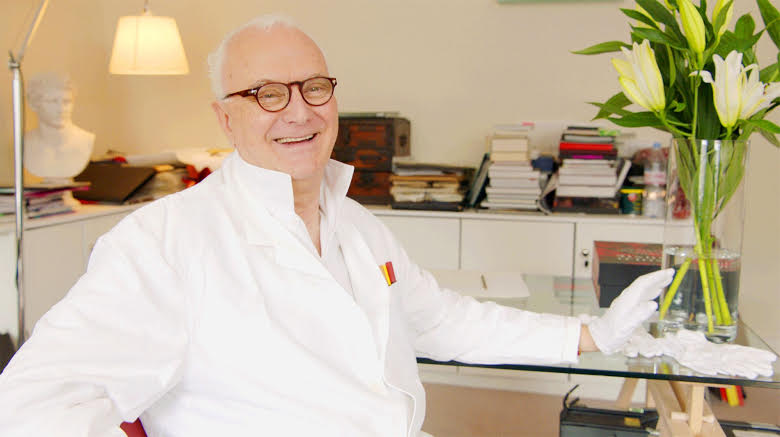 If you would like to find out more about the new Manolo Blahnik men’s store in Burlington Arcade in London, or any of the luxury designer’s signature styles, let Baroque Access assist. Mail us right away, request@baroqueaccess.com, and we will assist you in every way possible.