Once a year the usually desolated Black Rock Desert in northern Nevada comes alive as a temporary fantasy metropolis is built full of otherworldly sculptures, plenty of campsites to accommodate the tens of thousands of people who flock there and a palpable creative energy. Burning Rock is almost upon us – here’s what’s happening there in 2018 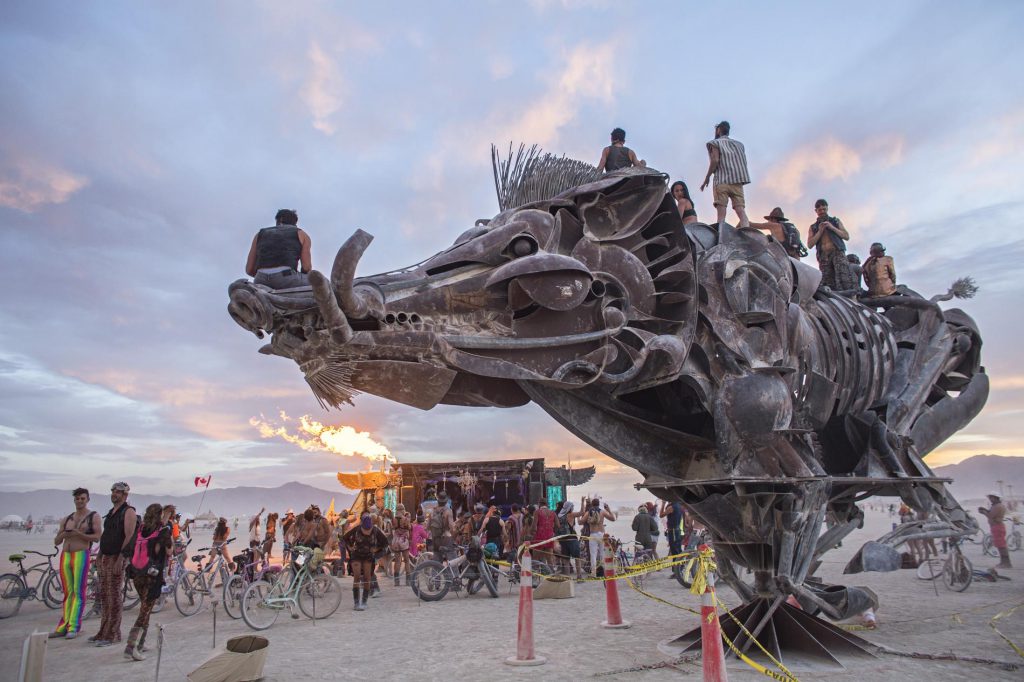 Burning Rock is almost here, an opportunity to let yourself go and be part of an artistic, creative community where self-expression and self-reliance reign supreme. There’s a metropolis called Black Rock City that reacts to thousands of citizens’ energy, it transforms the desert into a vibrant place dedicated to all things artistic. 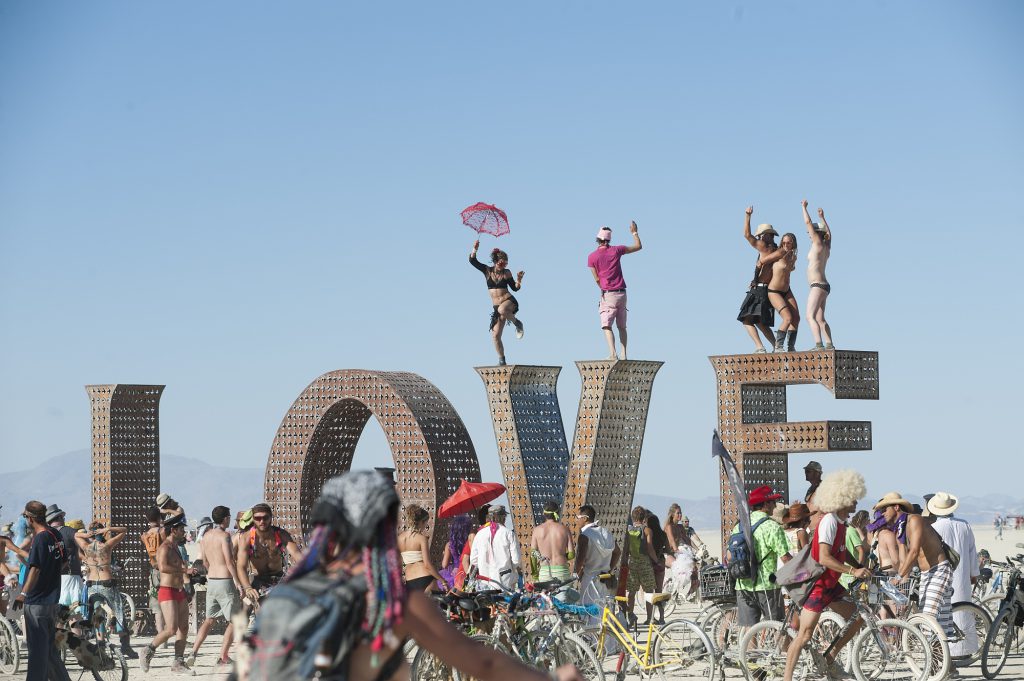 Taking place this year from 26 August to 3 September, Burning Man’s art theme for 2018 is I Robot, based on author/philosopher Isaac Asimov’s 1950 collection of science fiction stories of the same name. The theme focuses on the different forms of artificial intelligence that permeate our lives in the 21st Century. In a world that is increasingly controlled by smart machines, who will be the master, and who will be the slave? 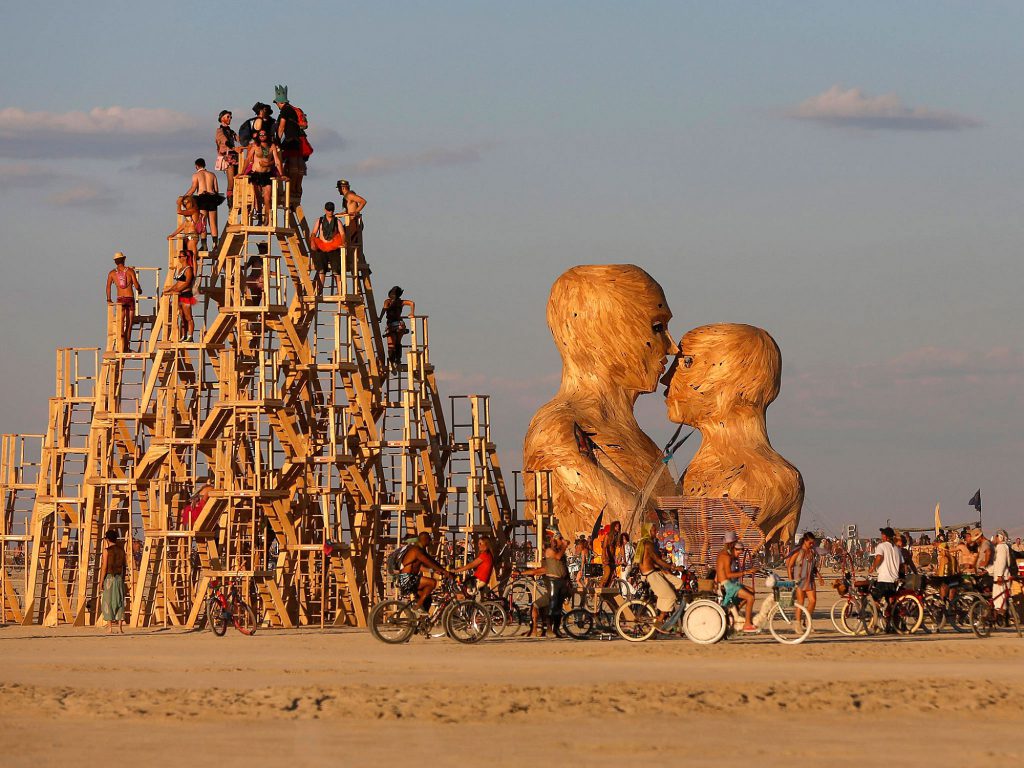 This is not the first time that Burning Man has addressed the possibility of machines taking over all the work from humans. This year, once again, those desires to dream and to play are re-awakened. Participants in the Burning Man community are invited to create expressive robots of all types. 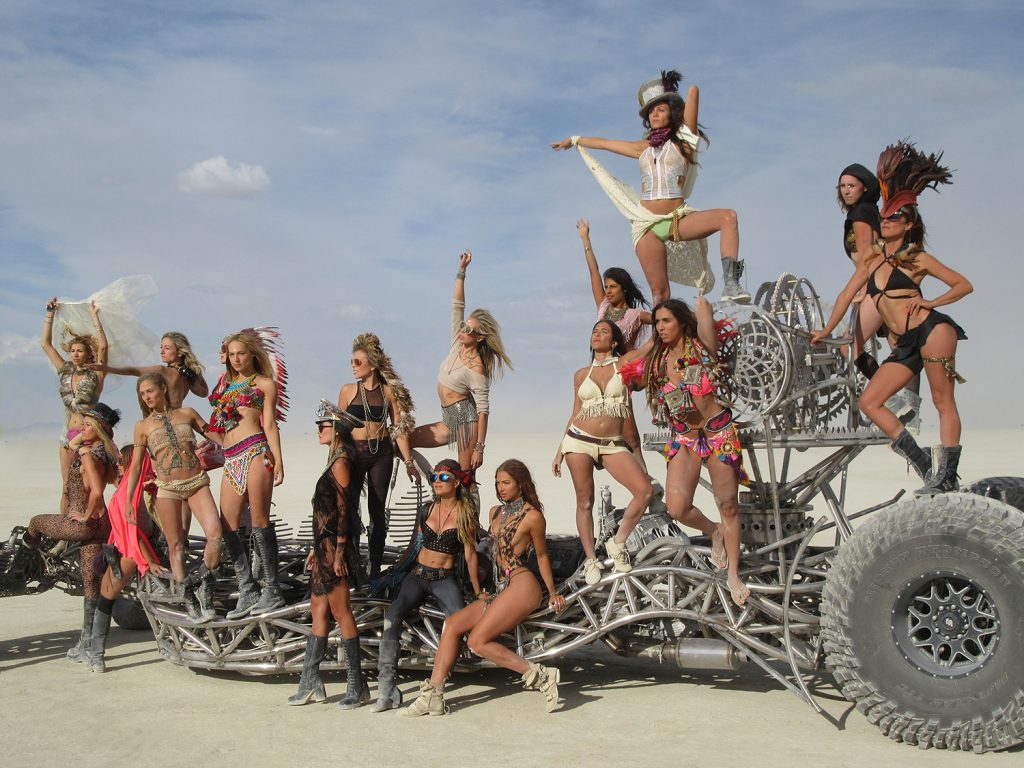 People put months into creating these temporary installations, some of which are quite breathtaking, many of them really complicated to build. The highlight of the week is undoubtedly the Burn on the final Saturday of Burning Man (this year it falls on 1 September). The Burning Man is a vast structure that takes a different form every year (this year it’s most certainly going to be robot-like). Fireworks and flame throwers abound, the atmosphere is at its most festive and it’s a great finale for this fantastical event. 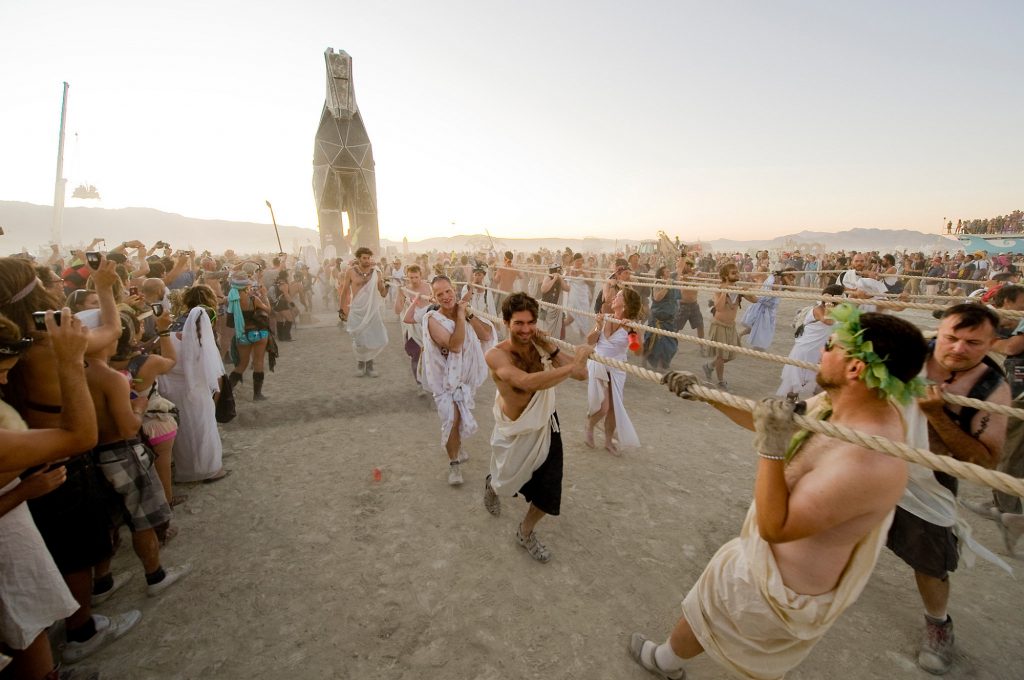 As far as music and entertainment goes, it’s all off the cuff. Sometimes stars do drop by and perform surprise gigs and you’ll often find open-mic sessions in Burning Man’s main village. Black Rock City is heaven for muso’s after sunset, when sound systems and DJs are good and plentiful, and there’s always somewhere to dance. 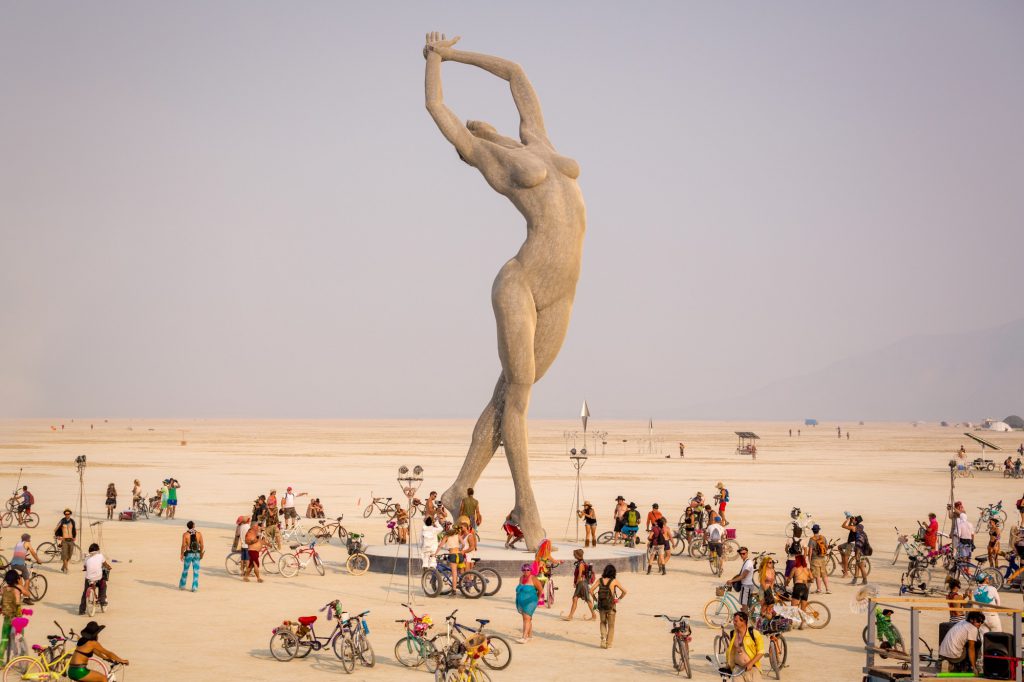 There are thousands of colorful theme camps at Burning Man, so visitors are spoilt for choice. Wherever you stay, remember this is the desert – so aside from all your dress-up outfits, make sure to be prepared for sand storms, sun protection and your own cutlery and crockery. 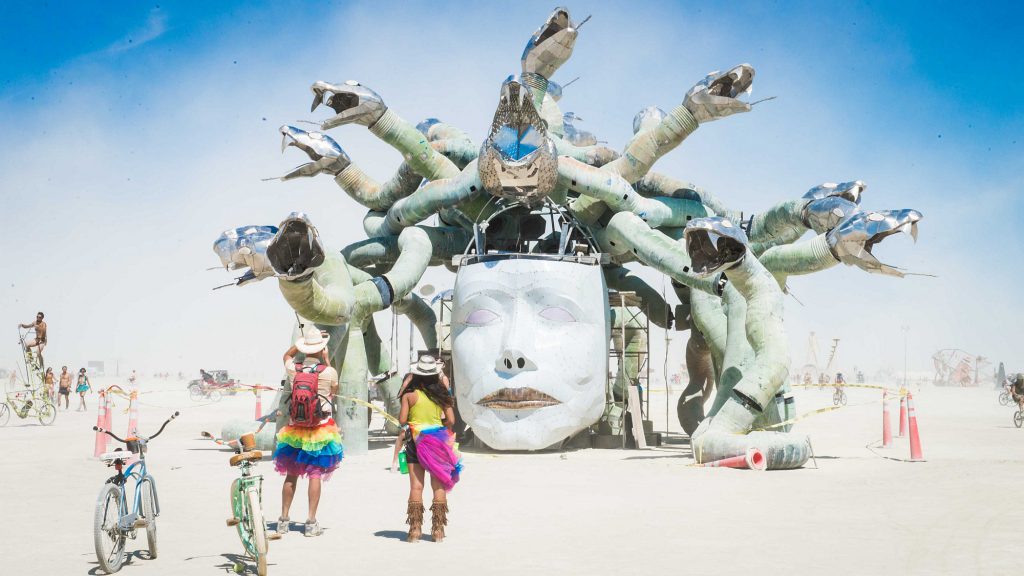 Remember, ‘cool’ has a different meaning in the desert. It’s your attitude, not necessarily the temperature around you!