The latest offering from Swiss luxury watchmaker Roger Dubuis is a fine blend of advanced complications and cutting edge materials. Baroque Access takes a look at the Excalibur Quatuor Carbon 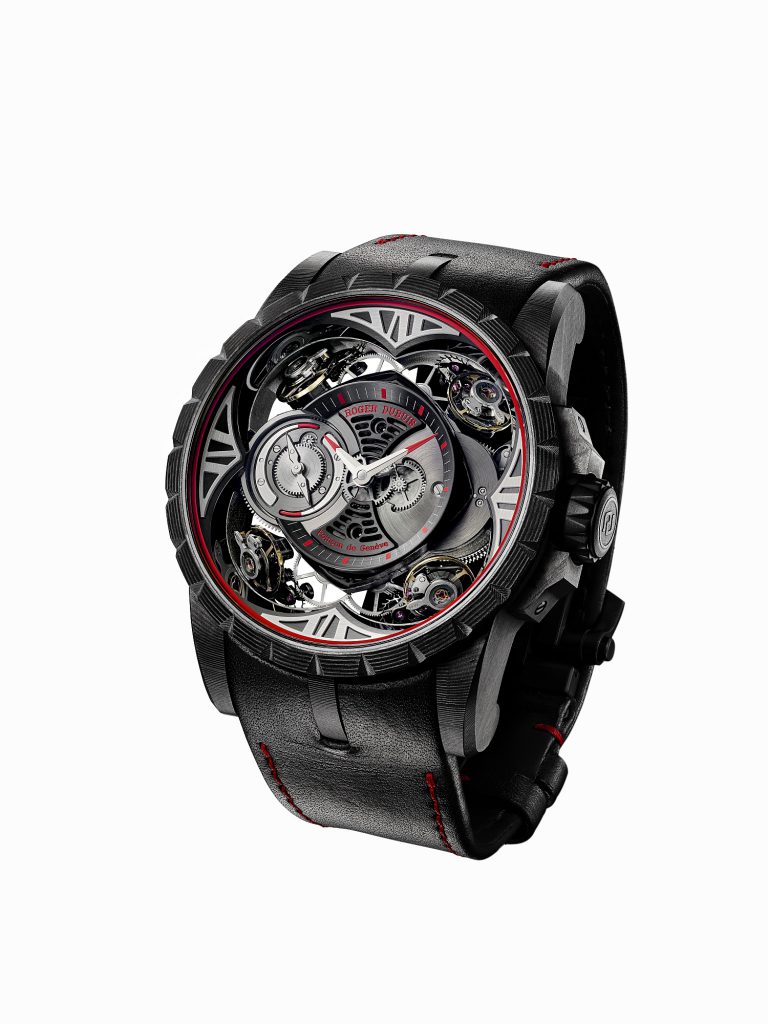 Hyper watches, or super watches, are the latest trend in high-end watch-making right now, and Roger Dubuis has a most extraordinary offering. The Excalibur Quatuor Carbon is sumptuous, completely black and extremely stylish. The carbon used to create this superlative timepiece offers added durability and also keeps the weight low. Its masculine styling follows its predecessor, the Excalibur Quatuor, which was released in 2013. 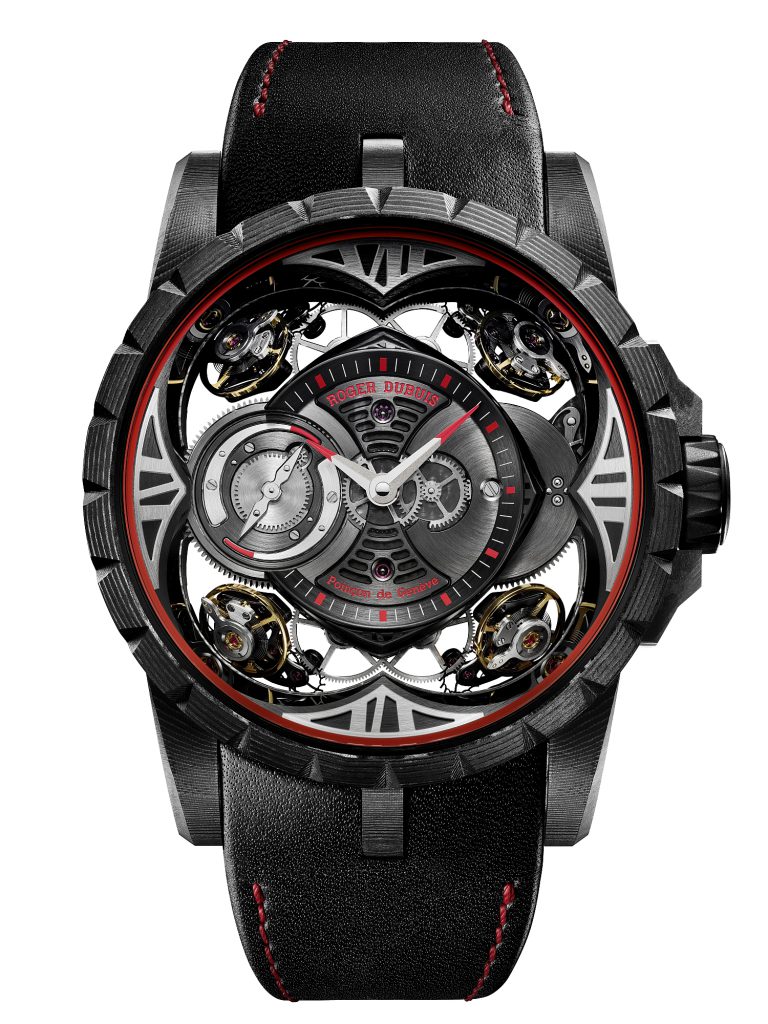 After the first Excalibur Quatuor, a number of other versions were released by Roger Dubuis over the years in various metals, including gold and titanium. The latest iteration, a limited edition timepiece made from carbon with only eight pieces available, pushes the boundaries of innovation that Roger Dubuis has become famous for.

The timepiece’s complicated caliber is a remarkable feat in modern horology and remains one of the watch industry’s leading mechanical movements. It took seven years to create the Excalibur Quatuor Carbon, which is 60% lighter than a gold version and offers better ergonomy. 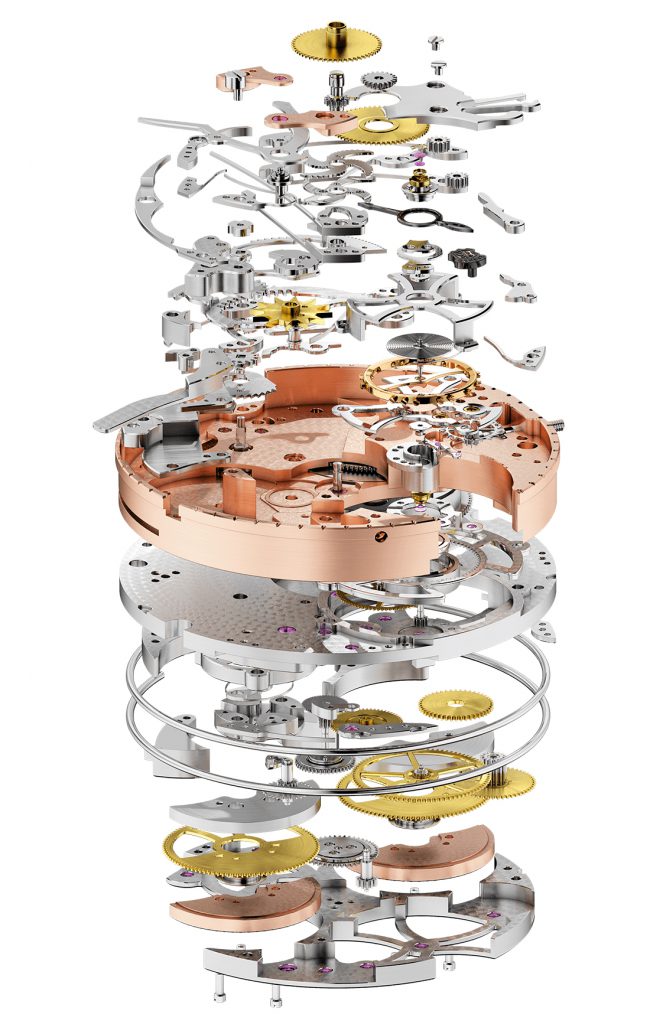 The timepiece, which boasts a hand-wound mechanical caliber and a 48mm case, is made of black carbon and has a power reserve of 40 hours. The precision of the movement is affected by gravity, as the watch constantly changes position as the wrist moves. The watch boasts four carefully positioned sprung balances that work in pairs set at 45-degree angles to compensate for the changes in position. What it takes a tourbillon a minute to achieve, the Roger Dubuis Quatuor RD101 caliber achieves instantly. 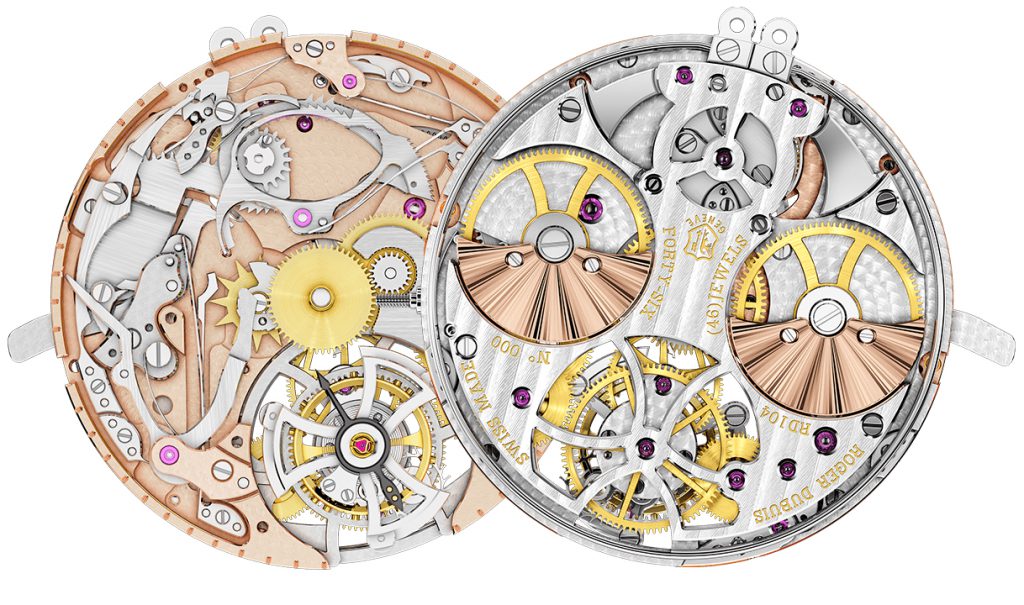 The timepiece features 590 components and 113 jewels and is the ultimate paradox – a heavyweight movement in a featherlight, modern timepiece. This is typical of avant-garde watchmakers Roger Dubuis, who are perpetually on the lookout for pioneering technical developments and creative aesthetic options.

The new model Roger Dubuis Quatuor RD101 follows Roger Dubuis’ robust Excalibur Quatuor models when it comes to both innovation and style. The latest iteration takes innovation to another level. The aggressive design of each of the eight limited edition cases is remarkable because of the way in which the carbon has been cut. It is living proof of what happens when the true force of gravity is leveraged by a brand that has been famous for mastering extraordinary technology since its inception in 1995.