The Superfood Craze: Unveiling Powerful Superfoods Around The World

It’s 2020, and odds are that if you care about your health enough to read an article like this, you have a working sense that “The Man,” so to speak, does not necessarily always share your concern. I myself was shocked to learn that the reason The United States Department of Agriculture (USDA) put dairy into its updated 2011 “My Plate” was because of dairy lobbyists, in direct contradiction to the findings of nutritional scientists-you know, the scientists who study nutrition and its effects on human wellness? It’s also important to note just how differently food is derived in the U.S. versus other parts of the world.

The latest food pyramid per se is the USDA’s 2005 edition, a supposed massive improvement on the original 1992 version. And both of these recommend eating dairy. The problem is that not only is dairy a grossly misleading category to maintain on a three-times-daily dietary recommendation directed at an entire national population, but the rest of the 2005 “new and improved” pyramid is inadequate as well. In the 2005 version, no actual dietary information was offered! And while the USDA did improve upon the 1992 version by distinguishing that trans and saturated fats are more problematic than poly and monounsaturated fats, in doing so, they failed to acknowledge the important reality that trans fats are twice as harmful as saturated fats. The 2005 pyramid also blends all oils together, even though some are dangerous, and some actually have health benefits. 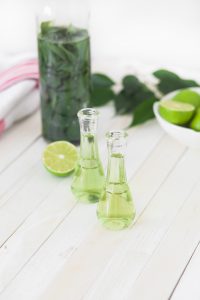 All the way from Cosmo to the Harvard Institute for Public Health, from Click Bait bullet point lists where half the page is blinking ads to randomized controlled studies held to the utmost standards of scientific integrity, to advertisements in the supermarket, it’s natural to want to close your browser, take a nap, and wake up to a bowl of full-fat cow’s milk ice cream regardless of what you’ve heard. Speaking of which, no thanks to the 1992 U.S. Food Pyramid, it is worth repeating that “fat” itself isn’t “the problem:” fat is essential for overall health and it is the type of fat, rather than the quantity, which functions as a risk factor for cardiovascular disease. In fact, there are no long-term health benefits that can be directly attributed to a generally low-fat diet. Grecians, for example, who consume about as much olive oil as anyone on earth, and whose diets commonly consist of 40% fat, generally have lower levels of heart disease than the Japanese, whose diets are about 10% of their caloric intake.

Altogether, the psychology of overwhelm in the face of health news in the age of information is a studied topic for another glistening moment. For now, I see you, Health-Minded & Overwhelmed, and I feel your pain. My advice? We must break up our questions into bite-sized pieces and tolerate the discomfort of fusing them into our overall approach as we go. Today, on the menu, we have one of the many silver bullet suggestions offered to an American culture trained to crave quick fixes: the topic of “the Superfoods Craze.”

So If Superheroes fight masked villains and fly over our heads in order to save us… what could possibly be so “super” about a stem of broccoli, let alone a tiny seed?

As aforementioned, it is 2020, and we are living in many ages at once – and one of them is the age of the Superfood. The Superfood has been around since marketing came up with a name for it after World War I, but with the invention of the internet, information circulates at such a rapid speed that we hear about a new superfood on a trending basis- that is, it can be hard to keep up. Generally speaking, though, odds are, whether or not you’re a health nut, you know that Superfoods- like walnuts – ha-ha- are in. 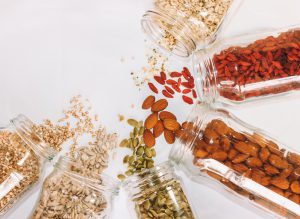 A superfood is understood as any food item that has a disproportionately impressive breadth or depth of health benefits beyond its nutritional value (often including disease-fighting agents) as compared with regular foods. By adding them into your diet, you get not only the caloric intake and one or two sets of vitamins or minerals, but sometimes a reduced risk of cancer, quelled inflammation, improved mood, anti-bloating impacts, anti-aging effects, and, of course, more more more. Currently embraced, trending superfoods and just some of their causal health benefits include: beets (weight loss, lowered cholesterol, anti-cancer, gut cleansing, fatigue-fighting), avocado (many essential vitamins and nutrients, fiber, and a great source of unsaturated fat as well as preventing risk of cancer, heart disease, and eye degeneration), turmeric (heart-defending, immunity-boosting, and anti-inflammatory), chia and other seeds (healthy fat, fiber, protein, vitamins and minerals), kale (jam-packed with vitamins and minerals, prevent blood clots and certain cancers), nuts (fat, fiber, protein, vitamins and minerals including magnesium and vitamin E), and kefir (loaded with nutrients, powerful probiotic, has strong antibacterial properties, and can reduce gastrointestinal infections).

If you hadn’t noticed, a good deal of the benefits of these superfoods is not just in the short-term mood, weight-control, and energy department, it’s in long-term health issues like preventing and combatting chronic health diseases. As good as it sounds, though, like any brightly marketed solution to a feeling of health-related panic on the part of the consumer, the answer to your hereditary risk for cardiovascular disease is not to eat broccoli three meals a day. It’s becoming more accepted that, as easy as an Instagram influencer may make it seem to “eat better” by sprinkling Gogi berries on their breakfast smoothie, every human being needs a wide variety of vitamins and minerals in order to become and stay healthy, so the work doesn’t stop at a Clickbait list.

Unveiling Superfoods in their International Context

When comparing the American food pyramid to the equivalents in countries around the world, a relatively safe generalization to be made is that plant-based foods (fruits, veggies, etc.) are lauded for their integral role in a well-balanced diet. That aside, however, every country organizes its dietary recommendations differently. In Belgium, for example, they emphasize drinking water, they recommend minimizing butter and legumes, and they have an entire external bubble for those foods that should be eaten with concerted restraint: sweets, processed food, pizza, wine. In Canada’s Food Guide, they expect readers to actually, well, read, and the cover shows something of a hybrid between a rainbow and a conveyer belt that is in the process of eliminating the dairy recommendation and putting greater value on meatless foods as ideal sources of protein. In China, the food pyramid puts equal emphasis on consuming whole grains, tubers, and legumes as it does fruits and vegetables. Australia’s food pyramid, notably, recommends lentils and beans as a completely viable option for protein rather than relying on meat.

When it comes specifically to Superfoods, different countries have their specialties, too. The “mangosteen,” for example, is a fruit found mainly in Southeast Asia and Indonesia, and in addition to tasting delicious, it has numerous vitamins and minerals and has anti-inflammatory, anti-fungal, and antioxidant effects. Jack Fruit, the national fruit of Sri Lanka, is high in vitamins and minerals and linked with immune support, muscular health, and metabolism. In South America, Lucuma is used as a natural sweetener great for people looking out for their blood sugar, and it also has plenty of Calcium.

So what’s on your plate?

Given the Superfood craze, and how different every country’s diet is-and how notorious America’s is in particular, Americans may be at a “disadvantage” in consuming Superfoods. Of course in the cultural milieu of “Superfoods,” it is a highly branded category of health food that seems to offer less of a spiel and more of a straight, singular, tantalizing answer: do this and you’ll feel better forever. But the reality is that Superfoods must be incorporated or added into an already balanced diet rather than replacing one. Health has never, ever been about doing one thing once. It’s never been as easy as sprinkling shriveled berries onto a bowl of breakfast smoothie and taking a pretty picture with no clutter in the background. It’s never been as simple as one trip to your doctor and unfortunately, it never will be.