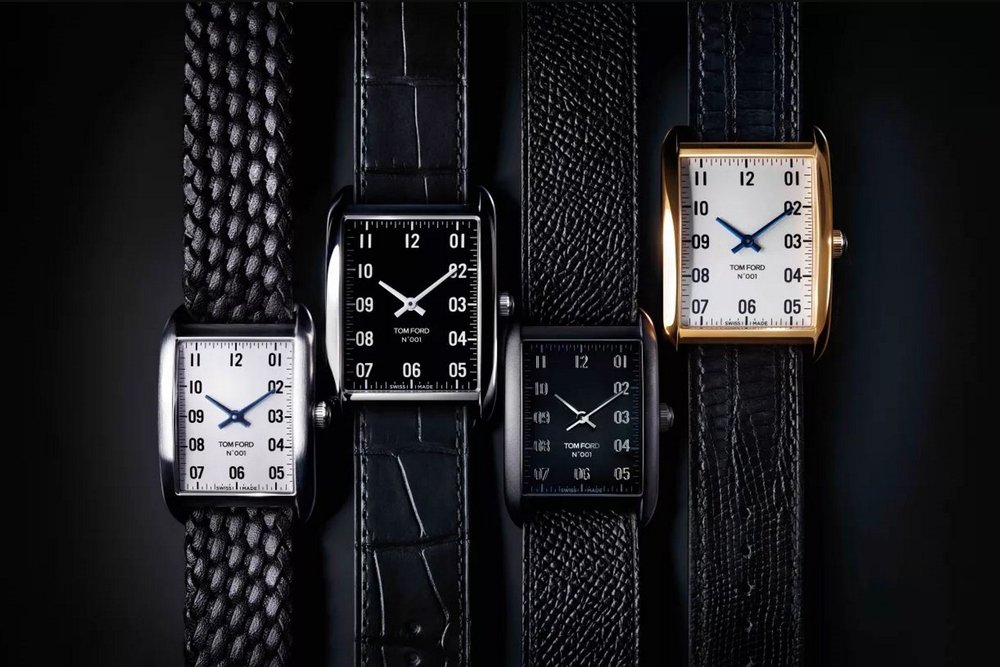 It’s been well over a year since Tom Ford announced he was creating his first timepiece. And since the initial announcement in January 2017, the fashion world has been waiting with baited breath. The designer did showcase a glimpse of his initial Tom Ford 001 Collection at Men’s Fashion Week in February, but only a privileged few saw what was coming. 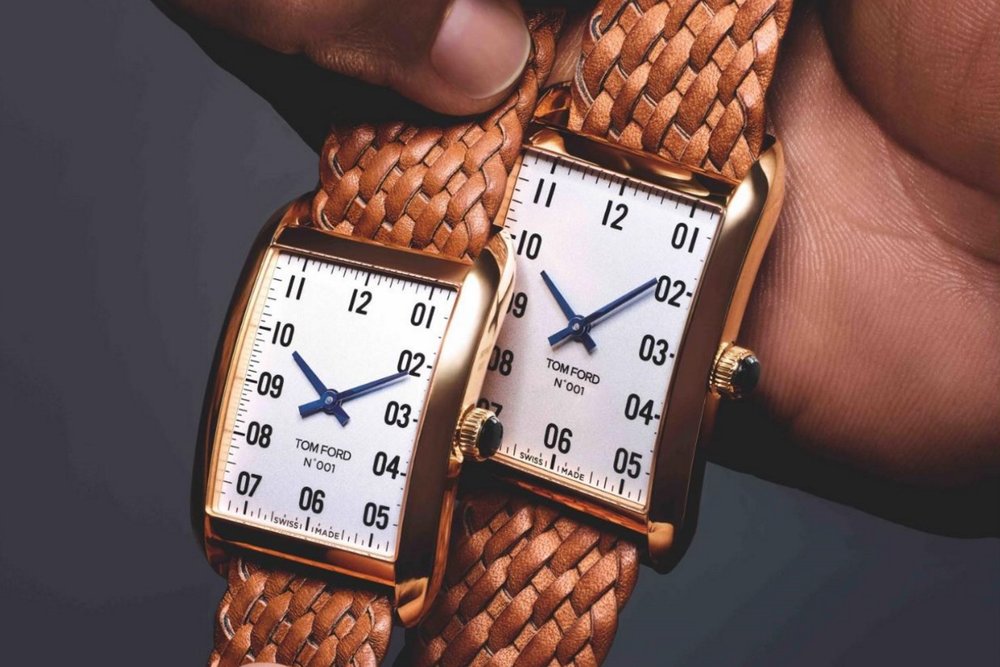 Finally the wait is over – and details about the timepiece have been released, although it is still not known when it will be available for purchase. Apparently the watch is Swiss-made, built and designed in collaboration with Bedrock Manufacturing Company, famous for their leather products.

The watch, which is rectangular in shape, will be unisex and come in two sizes. In addition, there will be four finishes – yellow gold, brushed, matte and polished stainless steel. No information about the watch movement has yet been released, but it’s expected to use the caliber from Ronda that is featured in Shinola and Filson watches, the timepieces created by Bedrock. 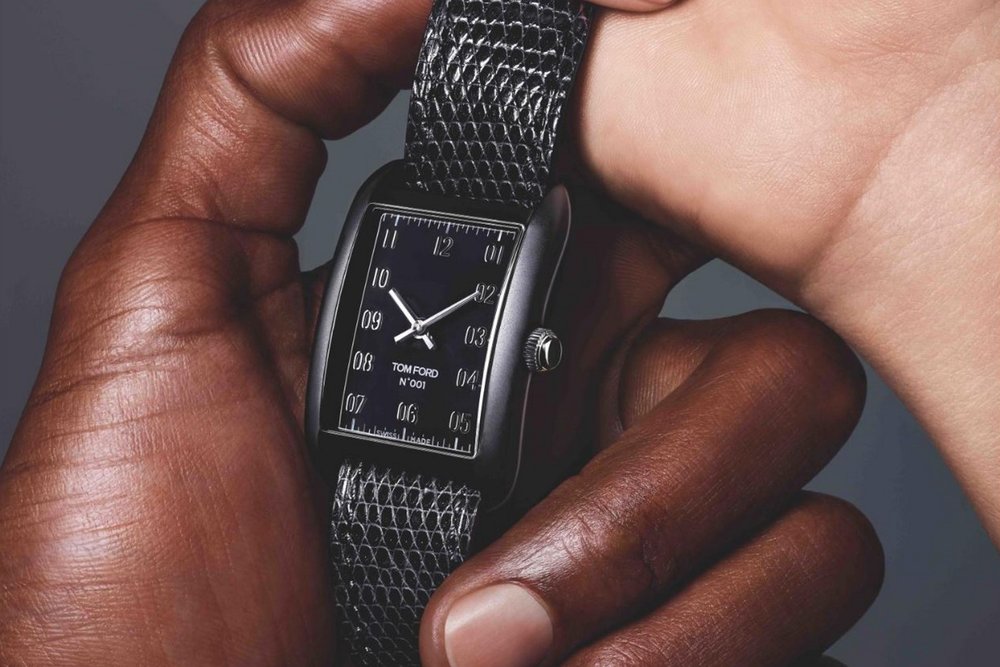 To add variety, the watchstrap is available in four different leather variations and multiple colors. There’s braided leather, alligator, calf and pebble leather to choose from. There will be a total of 62 different straps and 30 shades of leather. The straps, like the watches, come in two different sizes and are easily interchangeable, to ensure that, like Tom Ford’s lipsticks, one can certainly match the watch to a mood or a look. Strap colors include black, cognac, nude and brights such as saffron and cerulean.

As Ford says, “…The 001 case has been carefully designed to allow for a quick and effortless interchange of straps that glide in and out of the case in an original and straightforward manner.”

As this is the designer’s first-ever timepiece, there is a lot of speculation as to whether this is the start of a new set of accessories. In an article earlier this year with WWD, he stated that there is only one current watch design – The Tom Ford watch. “This watch has given me the vocabulary to now do another one, but it isn’t like I’m going to have 50 watches. I may ultimately have five models,” he said.

Like all of Tom Ford’s designs, which include ready-to-wear fashion, sunglasses, fragrance, make-up and handbags, the design of the watch is classic and timeless. They will be available at all of Tom Ford’s flagship stores when they are finally released.

Prices of the Tom Ford 001 Collection watches depend on the adornment and the straps, so they range anywhere between $2,190 to just over $10,000.