Claridges’ new Christmas tree is a taste of France 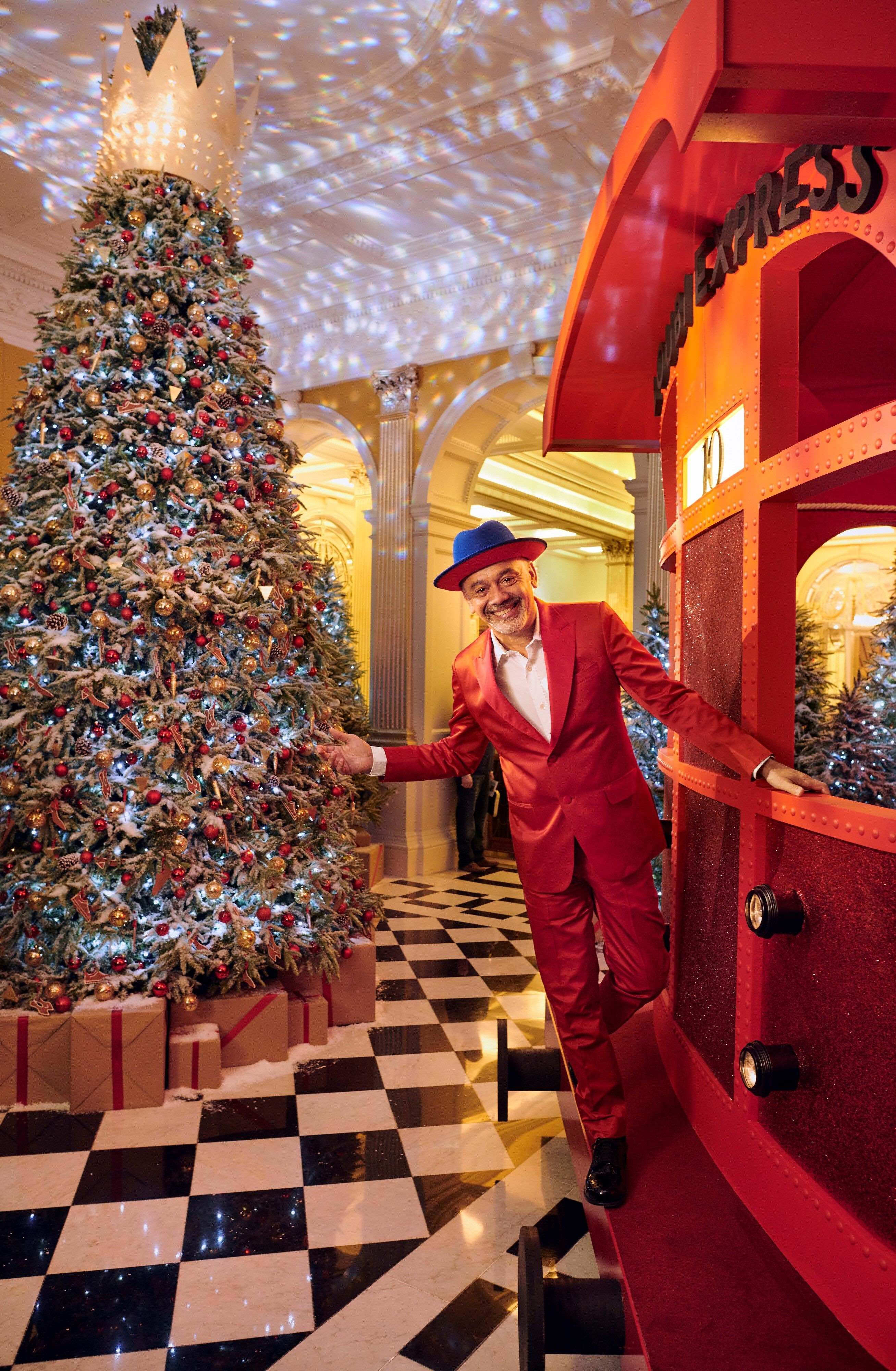 Every year, the sumptuous Claridge’s Hotel in London requests an iconic designer to create them the ultimate Christmas tree. This year, the honor went to French shoe designer Christian Louboutin 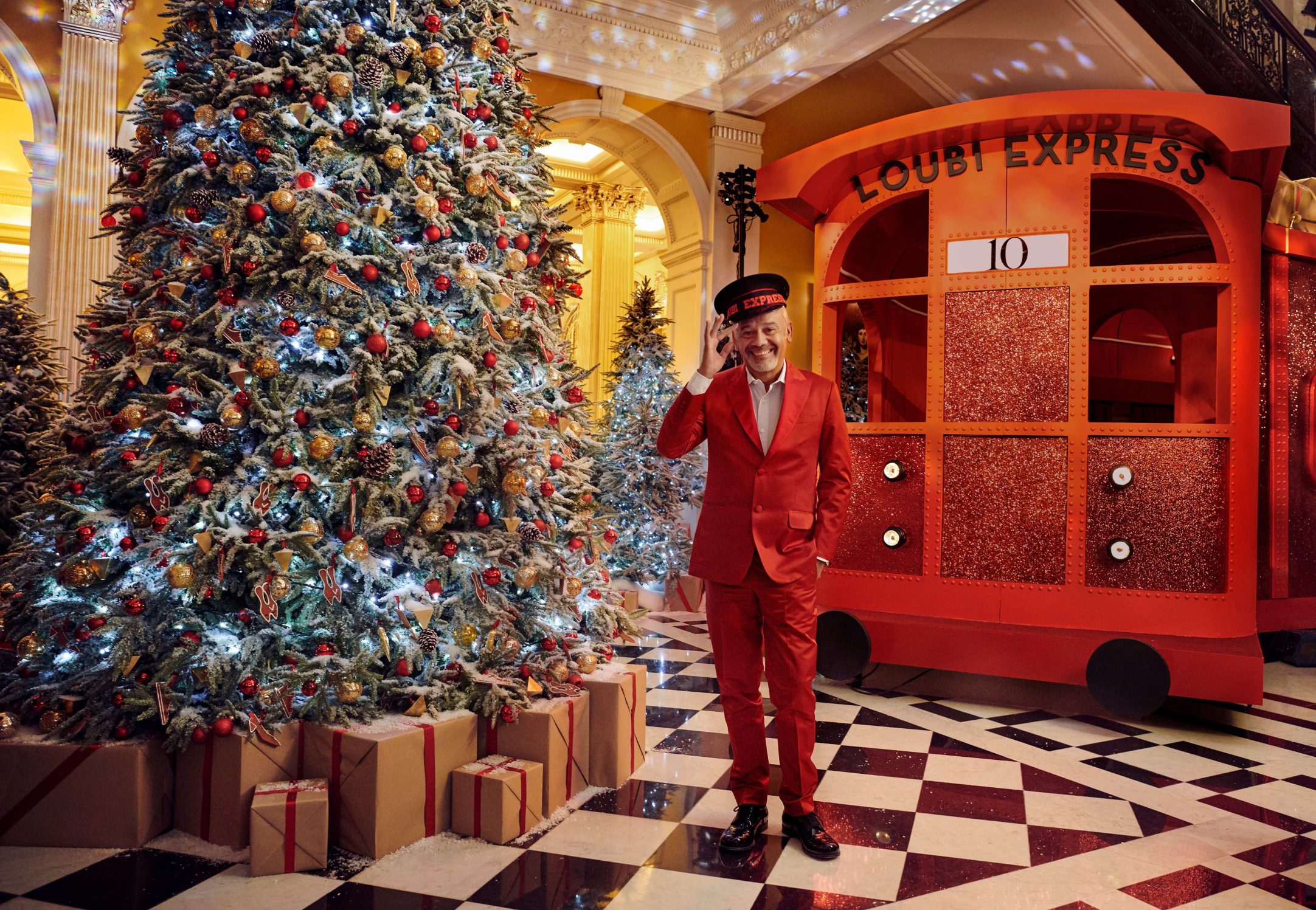 In the past, Claridge’s Hotel has showcased extraordinary Christmas trees by fashion luminaries such as Diane von Furstenburg, Karl Lagerfeld and Dolce & Gabbana. This year, legendary French shoe designer Christian Louboutin created his version – and it is as legendary as any of Louboutin’s creations. It’s no easy feat creating a Christmas tree that will stand out from the crowd on Claridge’s front porch, but Louboutin took on the challenge – and won. 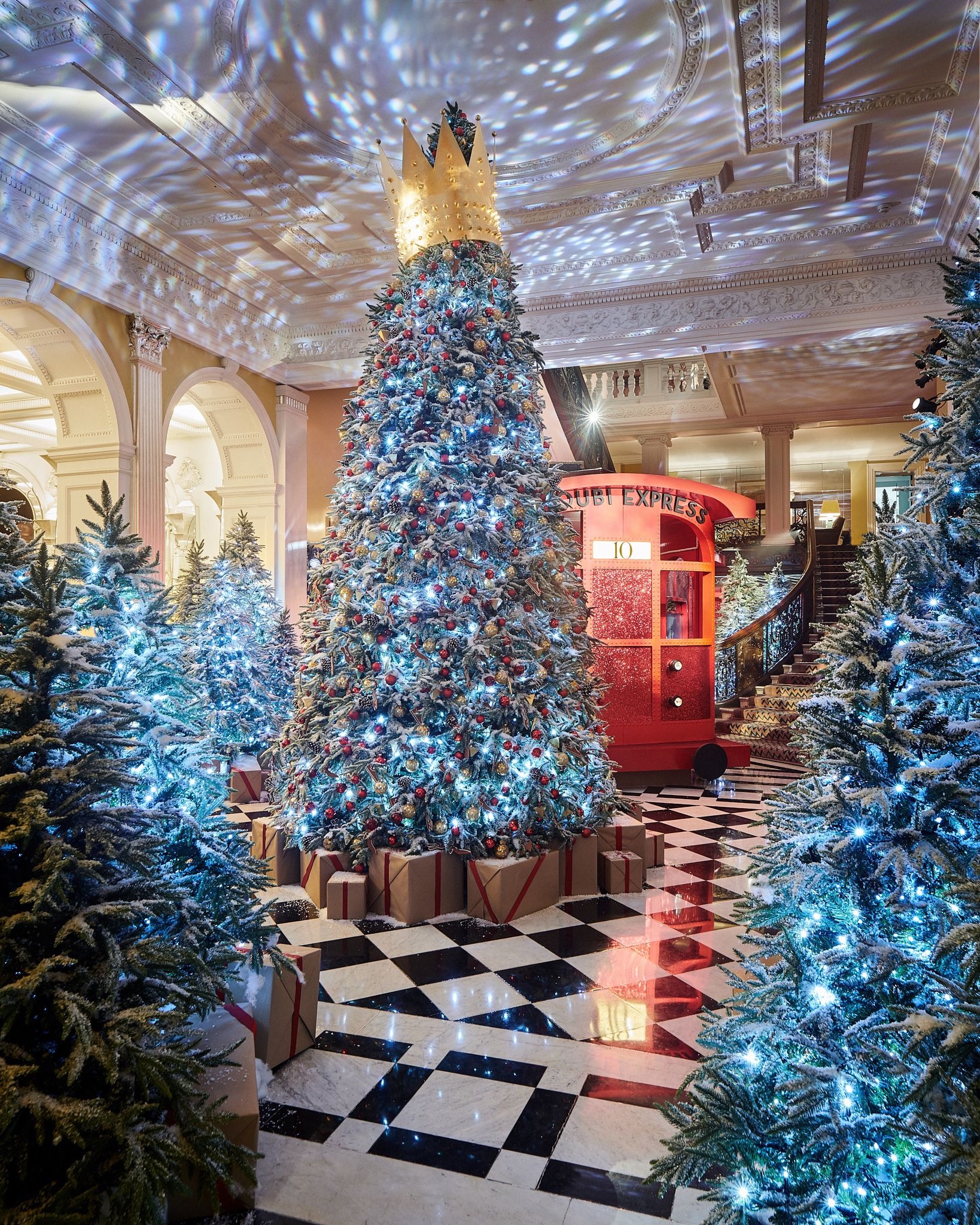 With his inimitable creative flair, Louboutin used his iconic signature red color to transform the tree into a magical embellishment. Louboutin called it ‘the Loubi Express’, as it was inspired by passion for rail travel. The 5-meter tall tree features a glittering Louboutin-red train carrying brown paper packages tied with red ribbons in a wagon car. Strings of fairy lights are perched on the tree’s snow-covered branches as well as red and gold trinkets, Louboutin lipsticks plus an assortment of gingerbread biscuits in stiletto shapes. At the top of the tree is a massive gold crown instead of the customary star. 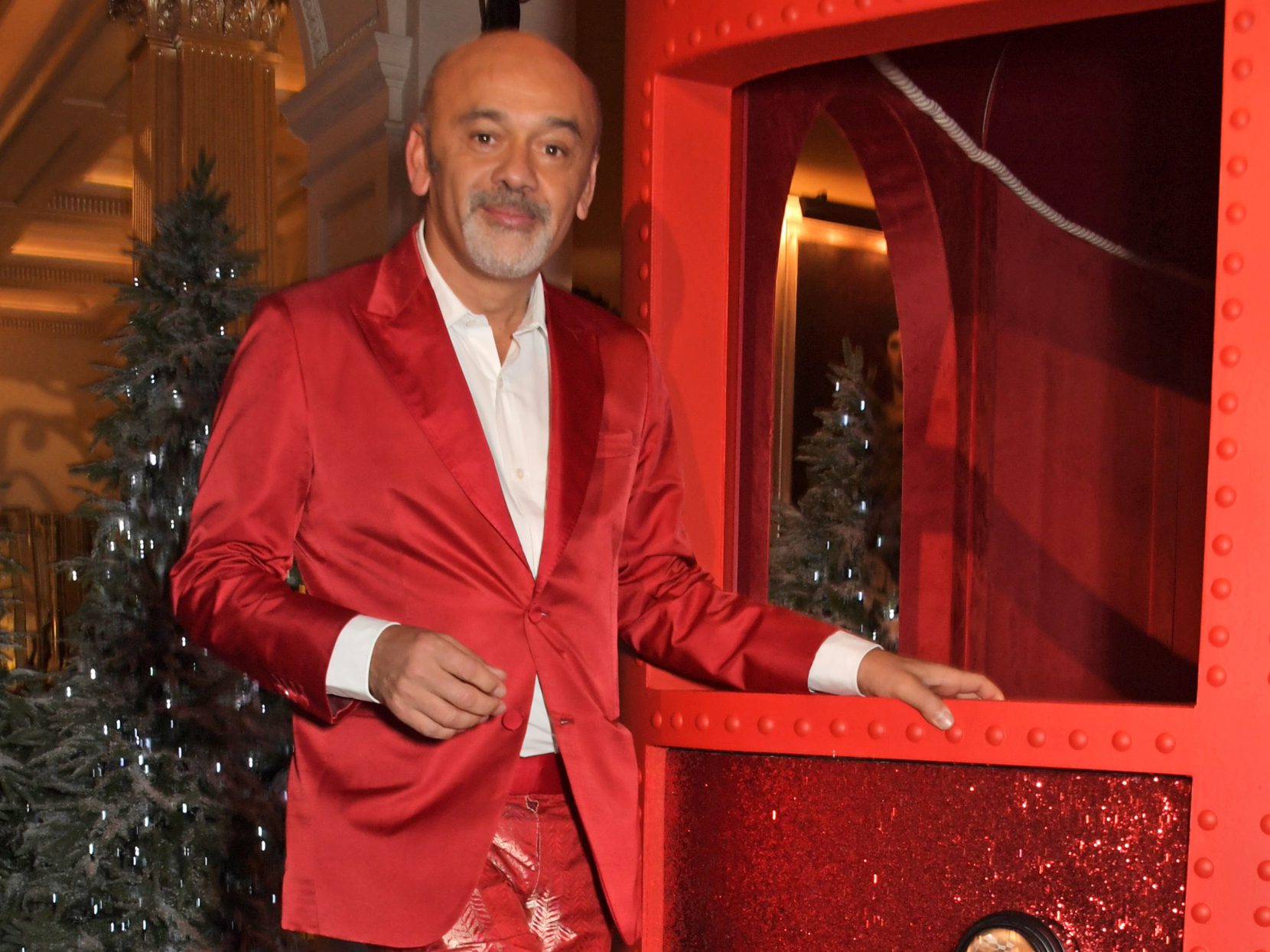 Inside the wagon car located alongside the tree are a selection of seductive snacks on offer, including prawn tempura, truffle gougères and Claridge’s signature Lobster Wellington. To wash them down, there are champagne cocktails and pineapple punch. Louboutin was delighted to have the honor of creating this year’s iconic Claridge’s Christmas tree. “The hotel is my second home when I’m in London,” he said, “and I am glad to bring a little piece of Paris to such an iconic London landmark.” 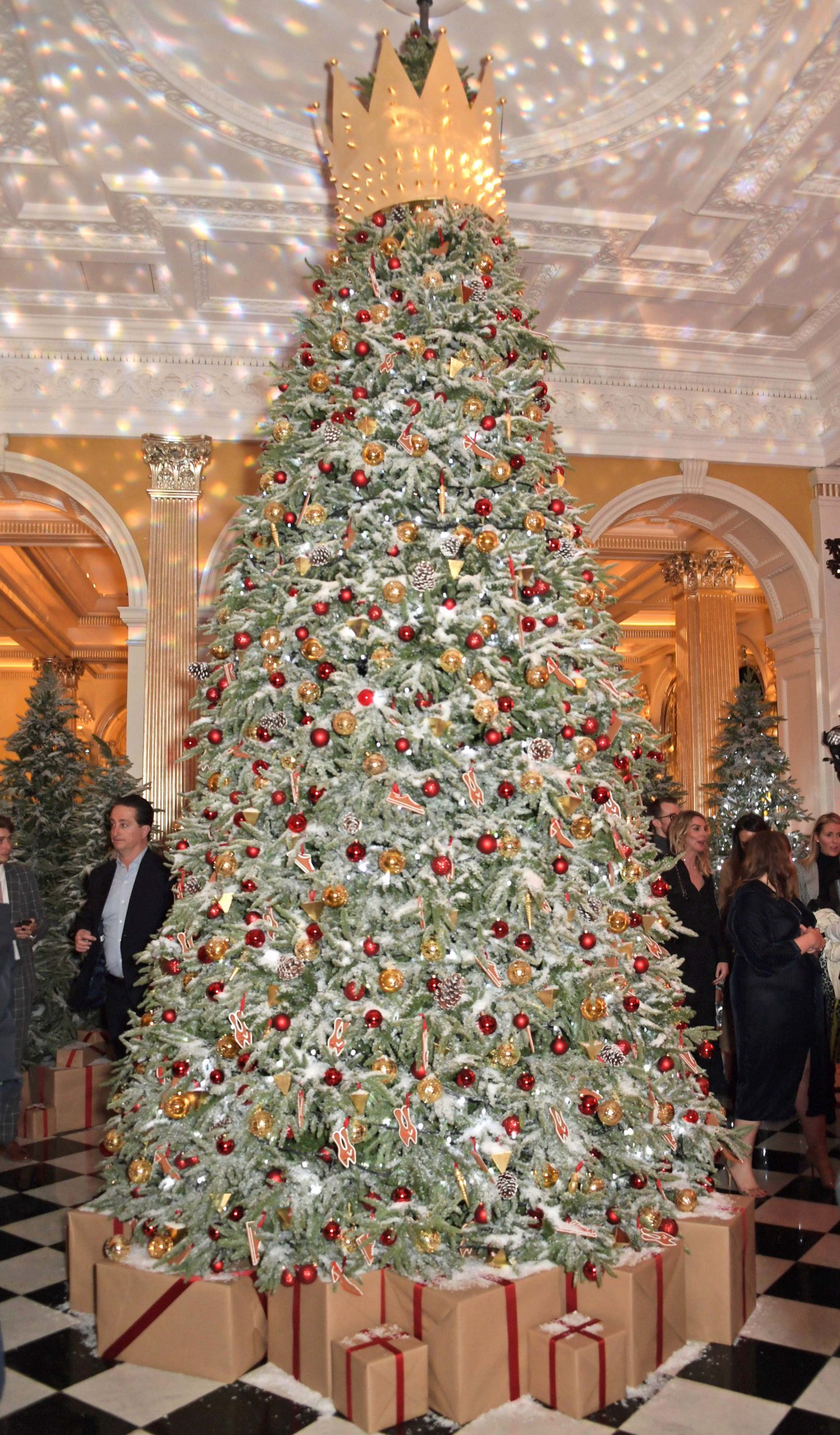 The sumptuous Claridge’s Hotel was founded in 1812 and originally called Mivart’s Hotel. It was subsequently sold in 1854 to a Mr and Mrs Claridge, who owned a smaller hotel right next door. They combined the two hotels and eventually changed its name to Claridge’s.