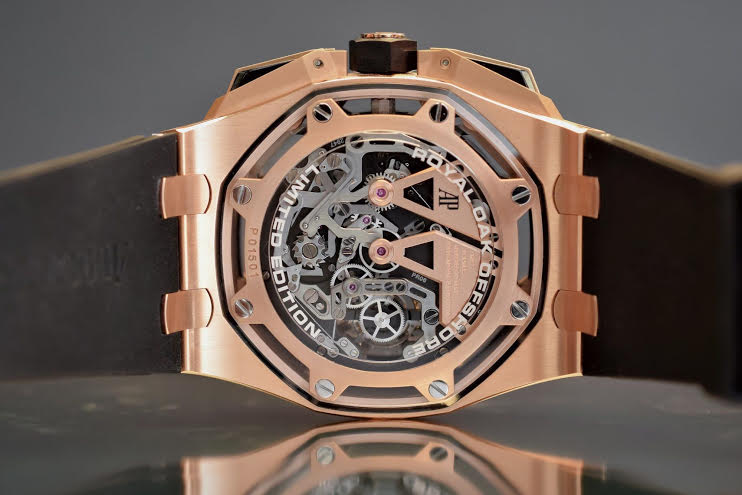 Audemars Piguet has released more than 120 different Royal Oak Offshore models since it was first introduced in 1993. Now it has added 100 limited edition models to its collection to celebrate the 25th-anniversary of Royal Oak Offshore, the Tourbillon Chronograph, of which only 50 pieces are being made, that feature a 44mm 18ct pink gold case, plus additional 50 Tourbillon Chronograph timepieces in steel. These are re-editions of the original model created in 1993. 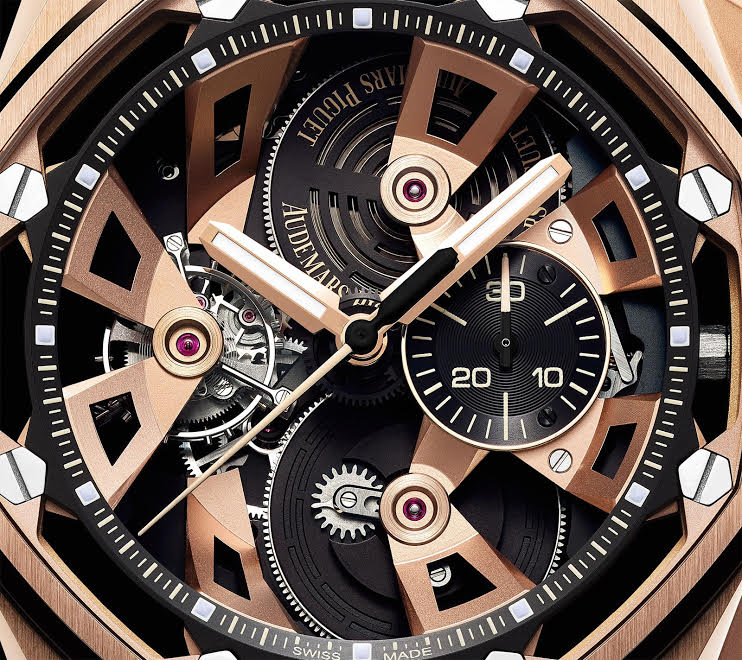 The 50 rose gold versions feature a glare-proof sapphire crystal and case back, pink gold bezel as well as black ceramic screw-locked crown and push pieces. There are also sandblasted push piece guards in the same rose gold. Each watch comes with a black rubber strap with an 18-karat gold pin buckle. 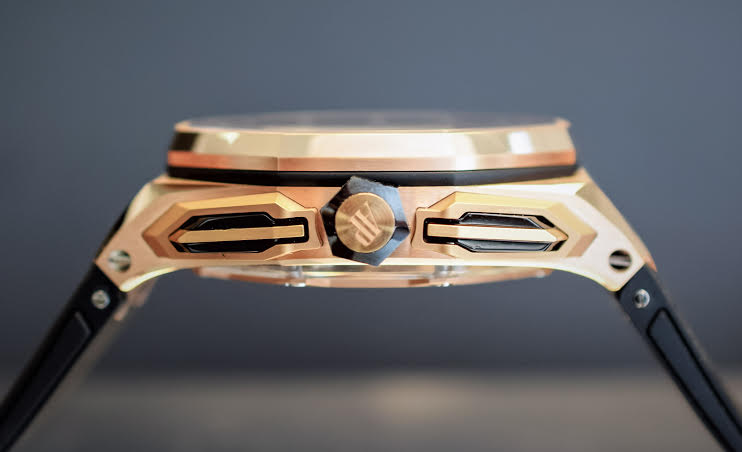 The stainless-steel version has identical specifications, but all the gold elements are replaced with stainless steel. 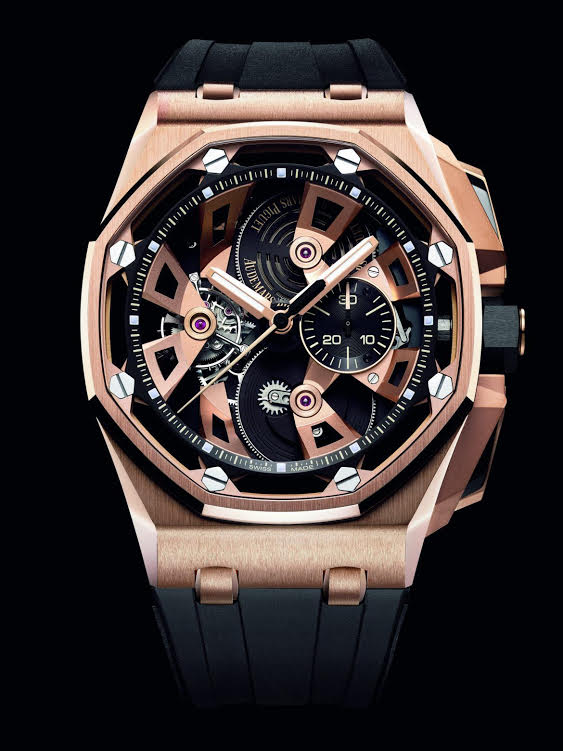 The watch cases house a movement that has been completely redesigned and exclusively developed to celebrate Royal Oak Offshore’s 25th anniversary. These limited-edition watches also feature a brand-new dial that is quite unique, built like a piece of contemporary architecture.  The dial exposes the movement’s elaborate design and features the tourbillon at 9 o’clock and the 30-minute counter for the chronograph at 3 o’clock. The skeletonised bridges look as if they are fanning out from the centre, which is extremely unique. For this model, the crown and push pieces are crafted in ceramic instead of the usual metal and rubber used in previous models. 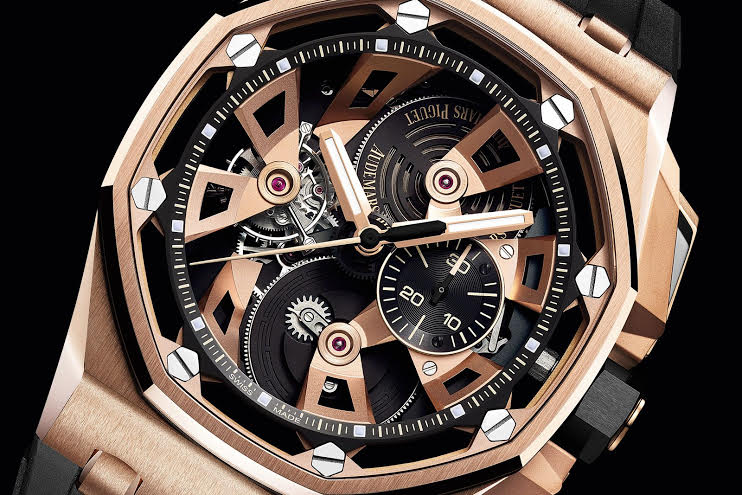 The movement inside is entirely new – an in-house, hand-wound calibre 2947. An open-worked version of the calibre 2933 found in the original versions, it features 338 components with an integrated chronograph movement and column wheel mechanism. Power reserve is an amazing 173 hours. 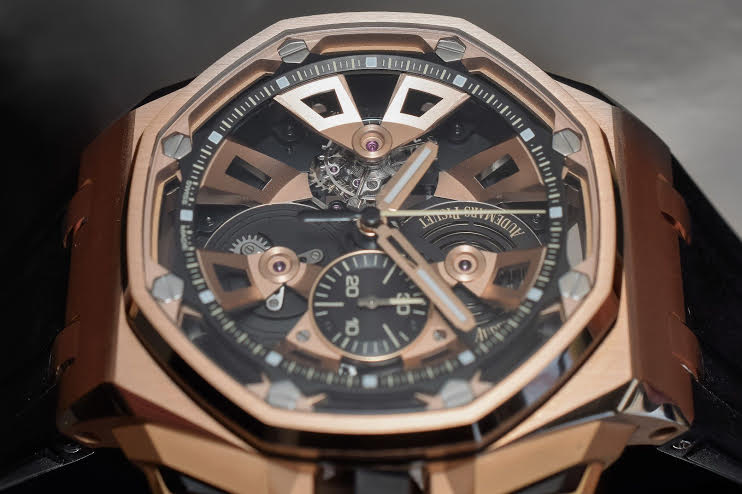 This heady combination demonstrates the brand’s bold approach to the aesthetics of its Offshore collection. Throughout the past quarter of a century, the Royal Oak Offshore Collection has undergone plenty of design experimentation that has resulted in more than 120 models in platinum, titanium, gold and stainless steel, bold limited-edition watches created for motor racing heroes, movie stars and other celebrities. 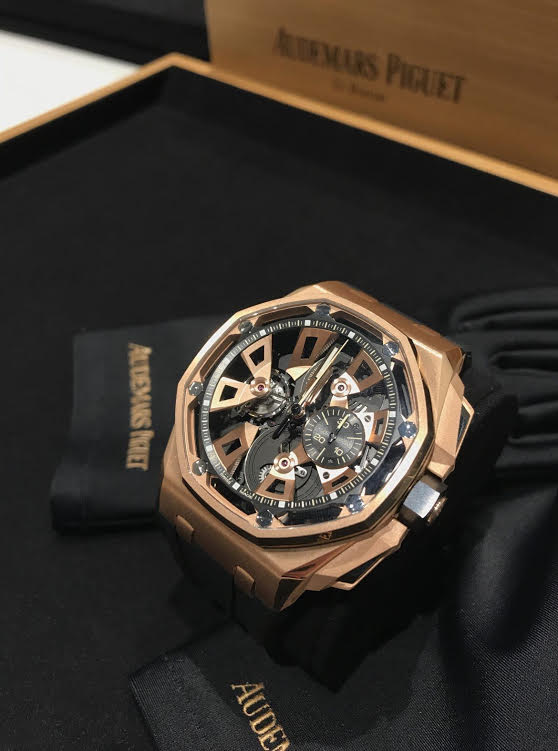 When the original Audemars Piguet Royal Oak Offshore was first launched, it was considered very bold, a little brash and way ahead of its time. Today it’s seen as iconic. These new limited-edition watches are available at around $333 for the pink gold version and $286 for the stainless-steel model.

If you are interested in finding out more about one of these limited-edition timepieces, let Baroque Access assist. Mail us now, request@baroqueaccess.com and we will provide you with all the information you require.